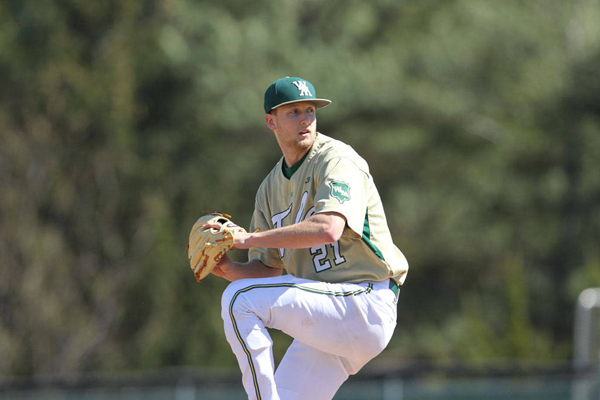 William and Mary continued its longest road stretch of the season at Longwood Wednesday, where the Tribe fell 7-4 to the Lancers, dropping below .500 for the year.

The College (14-15, 6-3 CAA) arrived in Farmville, Va., hoping for its first win in a midweek game since March 10 against Virginia Tech. Since the win over the Hokies, the Tribe has dropped all five of its single-game series.

The Tribe kicked off the day with a promising advantage, plating junior designated hitter Ryan Hissey with a double by junior first baseman Charley Gould for a 1-0 lead in the first inning. Gould advanced to third on a flyout, but could not reach home before sophomore shortstop Tim Hoehn struck out to end the inning.

The College extended its lead to two in the top of the second as freshman second baseman Cullen Large added a run batted in to his rookie season with a single that brought junior centerfielder Josh Smith home from second base. The Lancers (14-17, 4-8 Big South) decided to relieve their starting pitcher after the run came in; the new pitcher bailed Longwood out of the inning, and the Tribe stranded men on all three bases.

In the bottom of the second, Longwood began to close the gap with a run of its own, bringing the score to 2-1. After an unproductive offensive performance in the third inning, the Tribe continued poor play throughout the inning, allowing three runs while on the field in the bottom half of the frame. After the College’s freshman starting right-handed pitcher Robert White walked two batters to start the third, he was relieved by sophomore right-hander Daniel Powers. While Powers was at the mound, Lancer runners advanced by stealing bases, setting up the batters for easy RBIs that gave Longwood the 4-2 advantage.

The fourth inning proved to be the longest of the game, as the game was stopped while the Tribe was at bat due to nearby lightning. After a wait of over two hours, the game resumed. Large was on second after a double when the delay occurred, and he was able to advance on a wild pitch afterward. However, the Tribe already had two outs going into the delay, and a flyout by Gould ended the inning before Large could score.

The bottom of the fourth saw another College pitching change, this time bringing sophomore right-hander John Yoest to reliever Powers. Yoest gave up one unearned run in the inning, putting the score at 5-2. Longwood’s hustle combined with Tribe errors in right field and at second base allowed the Lancers to put men on second and third, where the next batter brought one in through a sacrifice fly.

The Tribe didn’t score again until the eighth inning. Meanwhile, Longwood added an insurance run in the sixth inning on freshman right-handed reliever Michael Toner, who took over for Yoest at the start of the inning. The run was unearned and was scored on a passed ball.

In the seventh, the story remained the same. The Tribe continued to search for a solution on the  mound by switching pitchers again, this time bringing out senior right-handed reliever Bryson Kauhaahaa from the bullpen, and once again the College allowed another run. Kauhaahaa gave up a double to his first batter faced, and the runner advanced on a sacrifice bunt. After another hit by the Lancers, a single, the man on third came across the plate to add the seventh and final run for Longwood, burying the Tribe in a five-run deficit at 7-2.

The College rallied in the eighth, doubling its score to four as Gould doubled for a pair of RBIs, plating Hissey and Large. The rally ended on a groundout, giving the Tribe one more inning to come back from its 7-4 disadvantage.

In Longwood’s last appearance at bat, junior right-handed closing pitcher Joseph Gaouette entered the game and did his job, giving up no runs and no hits.

The College loaded the bases in the ninth with a chance to tie or take the lead. However, Large struck out with two outs and ended the game stranding the three men that could have brought victory.

Leading the Tribe in hits was Large, who was four for six on the night. Gould led in RBIs with three. Robert White took the loss, dropping him to 2-3 for the season. Longwood’s relief pitcher Allen Ellis picked up his second win of the season, while the Lancer closer Devin Gould earned the save. The loss drops the College to 1-7 in midweek, singles-series games for 2015.