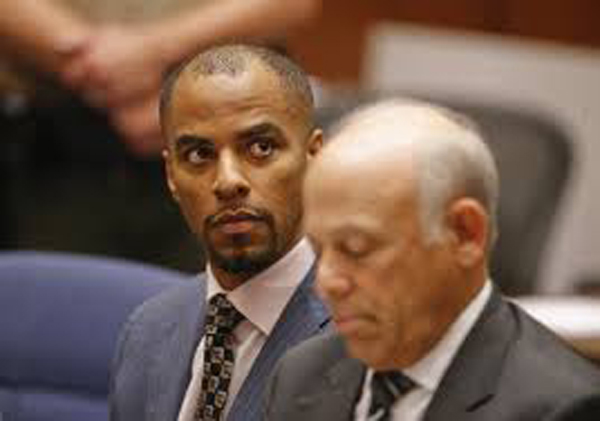 So maybe that’s not exactly how the viral YouTube video starts out, but with the recent removal of Darren Sharper ’97 from the William and Mary Hall of Fame in light of his recent guilty plea to rape charges, the question as to how one of the College’s best players will be remembered becomes a present and relevant issue.

Rape charges, one should add, that comprise of six different instances involving nine different women in four states. His conduct is textbook of a serial rapist. Sharper will serve at minimum nine years in prison and the remainder of his life on probation in a settlement deal.

In a statement to the press, Tribe Athletics director Terry Driscoll said, “After a period of thoughtful deliberation, the decision has been made to remove Darren Sharper from the William and Mary Athletics Hall of Fame.”

Driscoll went on to add, “We view induction into this group as the highest individual honor for a former William and Mary athlete, and criteria for selection include both athletic excellence and citizenship.”

With citizenship as a consideration, there can be no argument about Sharper’s removal from the Hall of Fame, or any honor for which character is a criterion. It would be woefully unfair to any of the members of the Hall of Fame who have outstanding records of citizenship for Sharper to be listed among them.

Police records indicate that Sharper did not commit any sexual assaults while at the College, or even in the NFL until after the Super Bowl victory. While at the College, he was an outstanding player with nothing to blemish his record. Yet to accept the argument that Sharper’s crimes did not occur while at school, and thus the school should not take measures against his legacy ignores a simple point. The Tribe community is not static.

Yet we should be careful in what manner the College addresses his legacy. Revoking Sharper’s Hall of Fame status is the right move; and that should be end of the issue. Taking away his degree or his stats distracts from the main issue.

Beginning with stats. Sharper holds the College record for career interceptions with 24, as well as the single season record with 10 in 1996. The College could choose to follow a page out of Penn State’s playbook with the removal of 112 wins over the late head coach Joe Paterno’s career in light of the Jerry Sandusky scandal.

But that would be a poor choice for a number of reasons. First and foremost, the interceptions have nothing to do with Sharper’s character, and removing them would be not only irrelevant, but also dishonest to all Tribe athletes. Removing the stat and acting like it never happened would cheapen the record, as the most interception distinction would be given to a player who actually did not achieve the most interceptions. Sharper achieved the stat honestly, and the creation of some artificial new record for the purpose of excluding him is simply dishonest; there is no criteria for citizenship in picking off the other team’s passes.

Furthermore, the removal of the stat would distract from the real issue, and provide a controversy where none needed to exist.

I should also mention that the National Collegiate Athletic Association restored Penn State’s 112 wins, on the grounds that removal of the wins unfairly targeted those within the organization that had nothing to do with the sex scandal. Essentially, it was irrelevant, and a similar logic should apply here.

In regards to his degree, Sharper completed the necessary coursework while at the College and graduated with that education. Removing his degree would be dishonest in claiming he did not achieve what he did in the classroom. Again, the issue at heart in not in the classroom.

Removal from the Hall of Fame is the proper move to deal with Darren Sharper’s legacy. With it, the Tribe sends a clear and direct message in distancing itself from Sharper’s legacy in the proper venue that considers citizenship. Let that be the end of it.