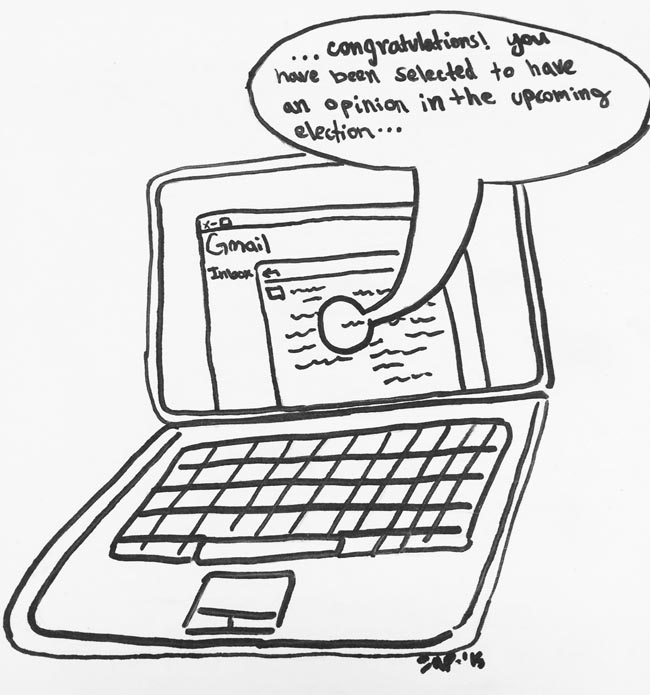 During this year’s Student Assembly elections, the link to vote was not received by everyone in the student body, a problem that has come up in the past. The trouble with the SA voting link should have been recognized as a potentially serious problem that can marginalize students and hurt voter turnout.

In the recent 2015 SA elections, voter turnout was 28 percent of the student body, including undergraduate and graduate students. With the turnout already incredibly low, the fact that certain students did not receive the link could have potentially cumulative and adverse consequences. Obviously, links that were not received put downward pressure on voter turnout because those who might have voted could not. However, the exact effect this would have remains unclear because the only known cases are those who report not receiving a link.

Moreover, the link seems to affect the same groups in a systemic manner. Some graduate students and students studying abroad in the St. Andrews Joint Degree Programme have not received the link multiple times in the past, which indicates that there is a system flaw targeting, and possibly marginalizing, these groups in the voting process. This reveals a potentially more serious problem that could arise if the link is not fixed; certain groups could be denied their rightful voice in student government on campus.

It is surprising that there was not a more serious response to a problem that could not only hurt SA’s own voter turnout, but also marginalize students. The number of votes is the deciding factor in an election; any sort of systematic flaw in the voting process presents a serious problem that needs to be addressed in a meaningful way. Apologies should be issued and a solution should be in the works as soon as possible.

To address this problem for future elections, Student Assembly should develop a troubleshooting process that begins before, and is accessible during, the voting period. Chairman of the Elections Commission Ryan Brophy ’15 said that often times the link gets incorrectly sent to spam folders. However, this is often not advertised to students before they encounter a problem. Students should be aware beforehand to check their spam folders for the voting link. Additionally, SA should establish a response team for the day of elections so students can receive the link in a more efficient and effective way than meeting on the terrace.