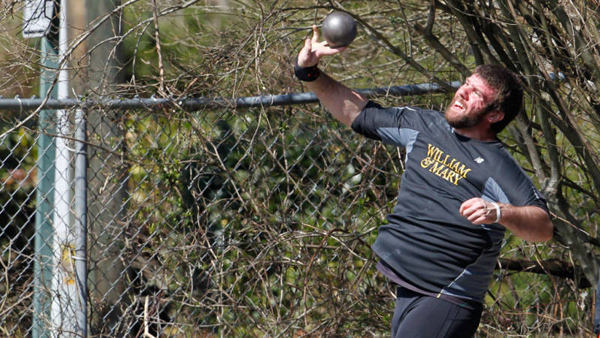 As the school year comes to a close, there are still some important Tribe storylines to follow. With the last big weekend of College sports approaching, here are a few of  the topics that the Flat Hat Sports Desk is watching.

Lacrosse: Shaffrey closes in on record

While the College’s lacrosse season may not have gone quite as planned, senior midfielder and captain Ellen Shaffrey’s performance certainly proved to be a bright spot for the Tribe. And not just in 2015 either.

Shaffrey currently stands just two draw controls away from breaking the all-time program record of 153 set by Grace Golden ’11.  The season record already has Shaffrey’s name etched in from last year at 54; though she may better her 2014 performance as she has 53 draw controls on this season.  Shaffrey also has 105 points total in her career. The Tribe plays its final game against No. 17 James Madison this Saturday at Martin Family Stadium at 1 p.m.

The matchup against the Dukes will also serve as senior day for Shaffrey and five other seniors: Fellow midfielder Amanda Johnson, attacks Kaleigh Noon and Sarah Gunter, and defenders Allison Henry and Katherine Shepherd.

With plenty of innings left in the season, about 12 games worth to be precise, senior pitcher Jason Inghram in closing in on the school record for wins at 25, as he currently is just one short of tying that mark. 2015 hasn’t exactly been good to Inghram, as thus far he’s posted a 2-5 record.

It’s hard to argue that Inghram hasn’t regressed off an incredible junior season. In 2014, Inghram racked up 10 wins to only a pair of losses, as well as 91 strikeouts and a 2.71 ERA.  This year, his numbers are down to 45 strikeouts with roughly 76% of the season already complete, while his ERA has spiked to 5.43

However, the Tribe has been rolling of late, firing on all cylinders with a four-game winning streak that’s likely to help Inghram get back in his comfort zone on the mound. Every one of the Tribe’s remaining contests is in a three-game series, meaning the College will have to rely upon the skills of its starters as well as its bullpen to pull through the crucial Colonial Athletic Association victories.  Inghram will certainly have his chance to claim the record by the end of the regular season on May 15.

Earlier this week, the Colonial Athletic Association gave out its weekly track and field honors. The men’s squad swept the awards, taking both the Track Athlete of the Week as well as the Field Athlete of the Week. The track award was given to freshman Mac Haight after he won the open 5,000-meter race at the Virginia Challenge in a time of 14:36.42. The field award was given to junior Taylor Frenia, who broke the 1977 school shot put record of 17.65 meters, as he put the shot 16.99 meters in his first throw and proceeded to break the record again with his final throw of 17.66 meters.

The women’s team also swept the weekly CAA awards, as senior Dylan Hassett earned the Track Athlete of the Week award and freshman Leia Mistowski was honored with the Field Athlete of the Week award. Hassett broke her personal best 5,000-meter race time at the Mt. SAC Relays, finishing in 16:10.42 to finish second in the top heat of open racing. Mistowski broke the Tribe hammer throw record of 53.46 meters set in 2010, as she threw 55.52 meters in her final throw to finish sixth at the Virginia Challenge.

The Tribe now heads to Philadelphia to compete in the famous Penn Relays, where many athletes look to earn postseason qualifiers.

William and Mary announced Tuesday that it has added a fourth new member to the College for the 2015-16 team. Ali Engelhart signed her National Letter of Intent to join the women’s basketball team, which recently had one of its most successful years in program history that culminated in the first postseson tournament berth ever.

Engerlhart is a native of San Diego and was awarded player of the year honors for the Palomar League after winning the league championship this year and averaging upwards of 25 points and 10 rebounds every game.

She joins other incoming recruits Bianca Boggs, Misha Jones, and Chandler Smith. The three other women signed letters of intent in November 2014. Boggs is a resident of Waldorf, Md. who led her varsity high school squad in many defensive categories. Jones is from Fairfax, Va., and she earned distinction from selection committees for all-conference, all-region, and all-state recognition. Smith comes from Clinton, Md., and was an all-conference honorable mention award winner.

These four players will begin to fill the shoes of the graduatiing seniors, guards Jazmen Boone, Kyla Kerstetter and Anna Kestler as well as center MacKenzie Morrison.

This is head coach Ed Swanson’s second recruiting class and will be his third year on the job.