Summer is my favorite season, solely because it’s the only time of year when I get to read a decent number of books that I actually want to read. I’m working at a bookstore for the summer, so as you can imagine, I am going to town with the hefty discount. I was extra excited about my latest purchase, “Landline,” because I’m a big fan of Rainbow Rowell. I’ve read and love all her other books: “Attachments,” “Fangirl,” and “Eleanor & Park.” I thought this one would be no different. When I picked up “Landline,” I saw the promise of romance, some magical realism and Rowell’s signature witty dialogue. The novel offers all three. But as I was reading, a few things rubbed me the wrong way.

I can’t help but apply my critical feminist lens to this novel and how it explores the negative consequences of daring to be a career woman with a family. I have no idea what constitutes a spoiler as far as this book is concerned, so if you don’t want me to ruin it for you, you should stop reading now.

Although Rowell came through with the smart, sharp dialogue I know and love, the plot of the novel left a lot to be desired.

Although Rowell came through with the smart, sharp dialogue I know and love, the plot of the novel left a lot to be desired. Georgie McCool is a thirty-something television writer who has gotten the break she’s been waiting for: the sitcom she’s been working on with her best friend since college is finally coming to fruition. That sounds great, right? The catch is that Georgie has to bail out of her family’s annual Christmas visit to her husband’s childhood home in Omaha.

Enter Neal, Georgie’s ridiculously passive-aggressive husband. Georgie loves him dearly and vice versa, but both know their marriage is in trouble and, as is usually the case, neither wants to come out and say it. Neal goes to Omaha with the couple’s two daughters and refuses to answer Georgie’s calls for a week, and Georgie has what seems like an emotional breakdown at her mother’s house. Her mom’s house is where she encounters the “magic phone” whereby she can contact Neal, but not the present Neal…Neal from 1998! Some of the details surrounding the magical landline are muddy or don’t make sense, but it’s safe to say the phone served as a reminder to Georgie that a husband’s needs are supposed to trump career aspirations, every time.

While I was reading, I put aside the notion that women characters are supposed to be likeable, but I still didn’t like Georgie. I liked her up until she started obsessively calling Neal while he was in Omaha (and yet no one in her family noticed that the calling had gotten to a point of ludicrousness), and she let her boring, passive-aggressive husband ruin all the work she stayed home to do over Christmas. I wondered if Neal serves as some satirical hyperbole of an unsupportive husband, but over the course of the novel it became clear that I was supposed to sympathize with Neal, a stay at home dad with no particular interest in anything career-wise. He doesn’t know what he wants in any other realm of life, either.

All we know about Neal is that he hates living in LA, and he hates that Georgie spends so much time working. Several times during their relationship, Neal says to Georgie, “I can’t do this anymore.” What can you do, Neal? (To his credit, Neal does seem like a great dad). It’s obvious that Neal isn’t satisfied being a stay at home dad, but does that mean he should drag his wife down for pursuing her own dreams?

It’s unclear what concessions Georgie makes at the end of the novel, but she promises to “try harder.” Maybe I’m being a little rough on Neal, but the double standard doesn’t escape me: women are put in his predicament all the time, and they are looked at as failed homemakers if their husbands cheat with the secretary or their children grow to be reckless adolescents. In this situation, Georgie is expected to do the work to fix her marriage, and she feels she is a bad mother and wife because she spends so much time working. Neal begrudgingly takes care of the home, and what else is he supposed to do? He has no career goals.

Here we see that when gender roles are subverted and the woman is the main breadwinner, she is shamed into minimizing her goals and letting opportunities slip away for the sake of spending more time with her family.

Here we see that when gender roles are subverted and the woman is the main breadwinner, she is shamed into minimizing her goals and letting opportunities slip away for the sake of spending more time with her family. Georgie chooses to pursue her goal, and there are negative consequences for her. A man would never be expected to choose between work and family, because men are supposed to be ambitious go-getters; whatever sacrifices need to be made for men to attain their goals must be made at the expense of their wives, who are expected to put the needs of family before their own happiness. We are so often hypercritical of women who spend a lot of time working, but we hardly critique absent fathers.

What I got from this novel wasn’t a carefree, enjoyable read; instead, “Landline” stands as a startling reminder that women just can’t win. We can never have it all, so to speak. It’s nearly impossible to have a fulfilling career that requires a lot of time away from home and children without facing some kind of societal disapproval. Women are always forced to choose between motherhood and ourselves. And if we don’t choose motherhood at all, we are selfish and deplorable for not fulfilling our vessel-like duties. A childless, unmarried woman is a spinster. Is there a term for an older, unmarried man with no children? Right. On top of social stigma, the current state of reproductive justice and economic inequality make it extremely difficult for women to have it all, but you know what? I’m working on changing that.

*This is written in the context of middle/upper middle class, heterosexual, cisgender, usually white women’s experience of marriage and motherhood. Family dynamics surely differ across socio-economic and racial lines. 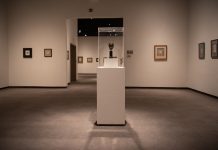