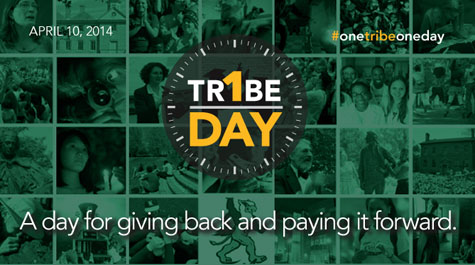 Over the past fiscal year, the College of William and Mary broke previous fundraising and alumni giving records, raising a total of $105.8 million with more than 27.1 percent of alumni donating. The 2014 fiscal year marks the fourth time that the College has raised more than $100 million, and the third consecutive year breaking the alumni participation record.

“We are not only bucking the national trend which shows decreasing support nationwide, we are actually increasing our participation rate,” Lambert said.

Lambert attributed the rise in alumni participation to various programs University Advancement has initiated to boost alumni giving, including One Tribe One Day, the Class Ambassador Program and others. This increase in giving at the College goes against a national trend of decreasing alumni participation.

“We are not only bucking the national trend which shows decreasing support nationwide, we are actually increasing our participation rate and remind alumni, parents and friends that every gift counts and makes a difference,” Lambert said in an email. “We want every student and alum to make a gift every single year, no matter how much.”

“William & Mary is a very special place to all members of the Tribe, we have an amazing story that has existed for over 320 years and it is one that thousands believe in and want to support,” Frezza said.

Frezza also discussed the importance of philanthropy in helping to support the College and its mission.

“William & Mary is a very special place to all members of the Tribe, we have an amazing story that has existed for over 320 years and it is one that thousands believe in and want to support,” Frezza said. “We must be stewards of that generous support and provide ample opportunity for it to grow.”

In a press release from University Advancement, College President Taylor Reveley praised the recent accomplishments made in both increasing money donated to the College and the increase in number of alumni participating.

“Last fiscal year provides a powerful example of our alumni and friends coming together to support William & Mary. These accomplishments reinforce how the alumni of this 322-year old institution refuse to rest on their laurels but rather continue to make history every day,” Reveley said.

The average donation to the College was over $1700. Donations made to the Fund for William and Mary are used for the College’s highest priorities. The Fund is the College’s largest pool of unrestricted funds used for general upkeep and the most pressing needs. It is also used to enhance the James Monroe Scholars Program offered to the the top admitted to the College. All other gifts are donor-directed and can only be spent on what the donors designate.

Private and corporate donations totalled $7.5 million for varied purposes. The Andrew W. Mellon Foundation awarded the College $2.6 million to establish a program of faculty fellows in honor of Reveley for increased collaboration between disciplines.

Correction: Matthew Lambert ’99 is the President of Advancement, not Development.  Private and corporate donations totalled $7.5 million, not private donations alone.