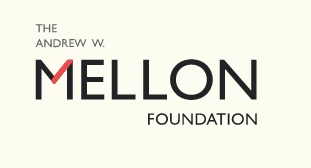 A $2.6 million grant given to the College of William and Mary by the Andrew W. Mellon Foundation will establish the W. Taylor Reveley III Interdisciplinary Faculty Fellows.

College President Taylor Reveley served on the board of trustees for the Mellon Foundation until his retirement this spring. The foundation is a non-profit corporation which focuses primarily on promoting the humanities and performing arts in higher education. Reveley said he joined the foundation as a trustee because he shares those same interests.

“It was a wrench to leave after 21 wonderful years,” he said in an email. “The Mellon grant warmed my heart because it will help meet William & Mary’s need for more interdisciplinary efforts and because of my long association with the Mellon Foundation.  I was on its board for almost 21 years and have great respect for the enormous good it does.”

The Mellon Foundation wished to set up the endowment in honor of Reveley and asked the College to write a proposal for what the use of the endowment. Provost Michael Halleran collaborated with Reveley to develop the faculty fellowship, which had to be approved by the Mellon Foundation. Halleran said that the focus of the fellowship would be on teaching and designing interdisciplinary courses at the College.

Halleran said that these courses could be completely co-taught by professors in differing areas of study, or could just be co-designed. To be chosen, faculty members will have to submit a proposal to the provost.

The primary requirement to be chosen as a fellow is that the proposed course would only be attainable with the grant. Halleran emphasized that the endowment would be allocated to create opportunities that could not otherwise exist.

“Students will be immediate beneficiaries because there will be a set of courses that will have perspectives, opportunities [and] intellectual richness that … [they] wouldn’t get otherwise,” Halleran said.

Faculty will also benefit from the endowment. Professor John Swaddle teaches biology at the College and said he thinks an important aspect of liberal arts education is interdisciplinary collaboration.

“[The College] already ha[s] strong and popular interdisciplinary undergraduate programs that cut across many areas, such as International Relations, Environmental Science and Policy, and Neuroscience, but what these new Faculty Fellowships will explicitly encourage is strengthened intersections between the Arts & Sciences core with our graduate and professional schools,” Swaddle said in an email. “The possibilities are very exciting, for faculty and for students.”

According to Swaddle, the fellowship offers flexibility for the faculty to explore any area of interest, uninhibited by their designated department or affiliation.

While the proposal approved by Mellon Foundation requires the course creation aspect to be included in the fellowship, Halleran said that research opportunities that grow out of the course or the collaboration between faculty members could be considered as well.

Halleran said he expects the faculty to begin submitting proposals during fall 2015, and that the fellowships will begin in the 2016-17 academic year. Each fellowship is planned to last three years.