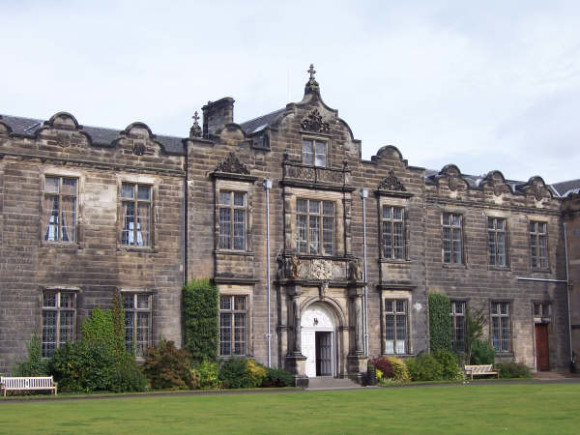 During my summer internship at “Kiplinger’s Personal Finance” magazine, the other interns and reporters often joked about my tendency towards picky eating. Even though I accompanied my co-workers on various food outings, I ate about three bites of a burrito-sized sushi roll (understandably, in my opinion) and even balked at handcrafted pizza.

Given my love of pasta, cheese, chocolate and not much else, you might think I’d study abroad someplace like Italy or stay at the College of William and Mary, where the dining halls always have cheesy noodles. Instead, I’m set to spend the next two years at the University of St Andrews in Scotland, home of haggis. For those of you who don’t know, haggis is a pudding consisting of sheep’s heart, liver and lungs wrapped in the animal’s stomach.

I am a member of the College’s Joint Degree Programme, which allows about 20 students per class year to split their university experience between Williamsburg and St Andrews. I spent my freshman year at the College and, in less than a week, will fly to Scotland for my second and third years. I’ll return to the states senior year and graduate with a Bachelor of Arts (International Honours) from both schools.

Whereas the College and other liberal arts programs are known for their breadth of subject areas, St Andrews offers in-depth study in your major and one or two other subjects.

The programme differs from typical study abroad in several ways: It’s longer than a semester or year overseas, and it’s far more immersive. Rather than simply leaving the College for a short time, students in the programme are as much members of St Andrews’ community as the College’s. WaMStAs, as we call ourselves, are often attracted to the programme for these reasons, along with the much repeated line of “breadth versus depth.” Whereas the College and other liberal arts programs are known for their breadth of subject areas, St Andrews offers in-depth study in your major and one or two other subjects. Through the programme, students are able to benefit equally from both academic styles.

I’ve known about my place in the programme since receiving an acceptance letter senior year of high school, meaning that I went through freshman year with the knowledge that I’d soon be leaving all of the friends, clubs and aspects of Williamsburg I grew to love behind. This is one of the hardest parts of the programme, as WaMStAs are constantly transitioning from one life to another. While the College’s class of 2019 recently finished orientation, I’ll soon be experiencing the second orientation of my university career: St Andrews’ Freshers’ Week.

I’ve known about my place in the programme since receiving an acceptance letter senior year of high school, meaning that I went through freshman year with the knowledge that I’d soon be leaving all of the friends, clubs and aspects of Williamsburg I grew to love behind.

Freshers’ Week is a perfect example of the many differences between the schools. Orientation at the College consists of sessions on plagiarism and Tribe Choices, plus Orientation Advisors shepherding their halls through event-packed daily schedules. Freshers’ Week also includes a wide variety of typical college sessions, but new students are granted far more independence in choosing which ones to attend. Nightlife is a major aspect of Freshers’ Week, with tickets to events like Clan Warfare (as described by the student newspaper The Saint, dressing up in your residence hall’s colors for “an epic battle of drunken shenanigans”) selling out weeks before move-in.

I’ll have more musings to share about life in Scotland once I arrive there, but in the meantime, I should probably get back to cramming my belongings into two suitcases and a backpack, researching overseas issues like how to open a bank account and buy a British phone plan and, of course, figuring out how I’ll navigate the unfriendly waters of Scottish cuisine.