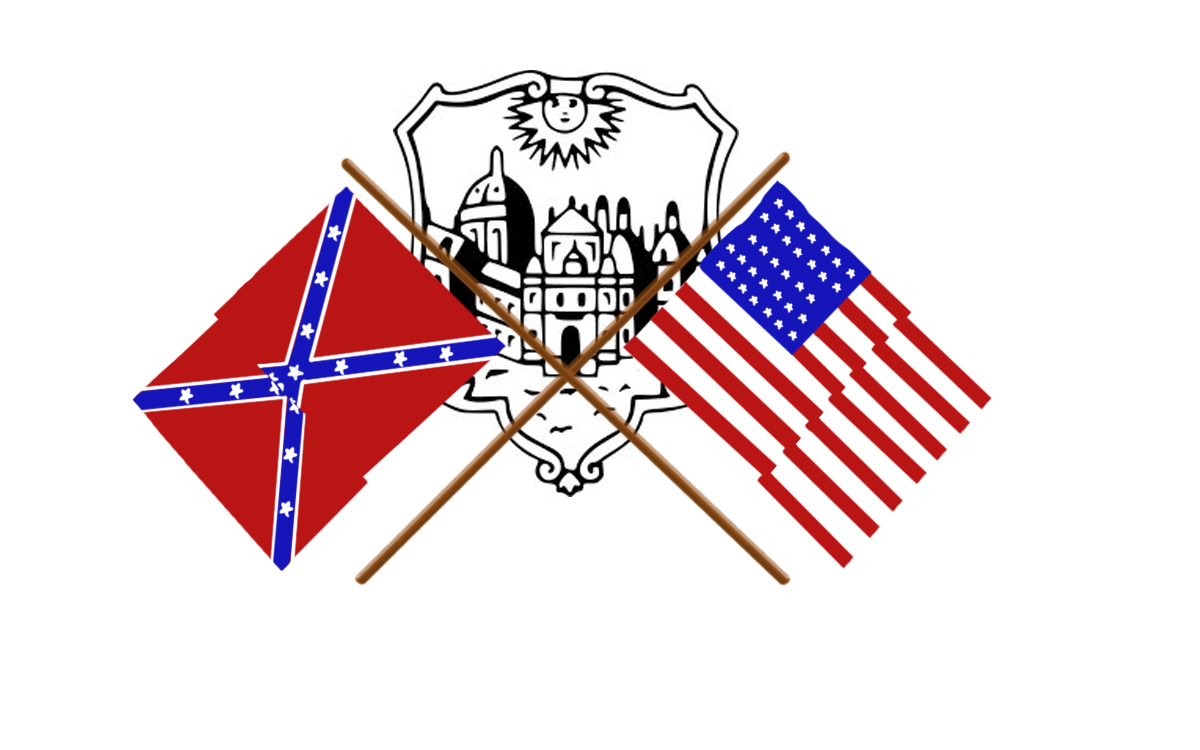 I grew up in the South, in central Florida, where I do not remember having seen a Confederate flag until 1978, when I was 14. That was the year I started high school, having moved a few years earlier from Sanford, a celery cutters’ town, to Orlando. My first memory of the battle flag of the Army of Northern Virginia (ANV) will forever be associated with the overpowering smell of marijuana. It also calls to mind three other things: pickup trucks with high suspensions, the band “38 Special” and a vague fear that I would get my ass kicked.

“The Army of Northern Virginia’s battle flag — now called the Confederate flag — was the ever-present symbol of the “stoners.””

I refer, of course, to the dreaded high school parking lot at lunchtime. The Army of Northern Virginia’s battle flag — now called the Confederate flag — was the ever-present symbol of the “stoners.” At Boone High School, the stoners were working-class white southerners who hated preppies, surfers, the Christian kids and people like me — the nerds. Most people called them stoners, but some called them rednecks.

Were they racists? That is a complicated question. My elementary and middle school classes had been integrated, but at Boone High School, slightly more than one percent of the graduating class was visibly black. It was technically integrated, but practically segregated. As a mostly-white kid who had grown up with mostly-black kids, I found the near-absence of black students at Boone High to be profoundly unnerving. For one, I had to dress differently. No long shorts, no patterned silk shirts, no striped pants, no Converse high-tops and never, ever a leisure suit. These, I quickly learned, were “black” clothes and made me the butt of many jokes during my first six months at school.

“Nevertheless I associated that flag with their sense of themselves as outsiders — the kids who would not work at their dad’s office, the defense contractor down the road or at Disney World.”

Racism was wide and deep at Boone High, but it had little to do with flags. In my limited experience the most racist students were the preppies, followed by the Christians. The stoners, with their Confederate flags, had mostly grown up with black kids, and while they were hardly anti-racist radicals, I did not hear them tell racist jokes and I often saw them sharing bongs behind the bleachers with black kids. That said, I had no doubt at the time that the stoners would beat the hell out of me if I walked up to them at lunchtime. Nevertheless I associated that flag with their sense of themselves as outsiders — the kids who would not work at their dad’s office, the defense contractor down the road or at Disney World.

It was not until I went to college that I learned the ANV battle flag was a symbol of the Ku Klux Klan in the 1920s and of opposition to the civil rights movement in the 1960s. Perhaps the most important political figure to embrace it was George Wallace, the Alabama governor and eventual presidential candidate who famously said “segregation now, segregation tomorrow, segregation forever” in his inaugural address, and who barred the door of the University of Alabama to admitted black students. Having seen the flag used by Civil War re-enactors, Wallace embraced it as a symbol of opposition to integration. He claimed that federal laws integrating public transportation, universities and public schools violated “state rights,” using a tangled jumble of logic that is employed to this day. A hundred years before him, Southern planters who fought a war to preserve slavery demanded federal protection for slavery, not “state rights” — but that’s another story.

“I learned in college that the flag is also, very strongly, a symbol of hate. This is why we need to remove it.”

When I left Boone and went to college I learned that the Confederate battle flag was not just a symbol of white, working-class rebellion against the status quo, which was how I thought of it. It was not just a romantic symbol of a lost cause, like the Imperial Russian flag or the flag of the Habsburgs. It was also a symbol that was consciously used to terrify black people in the 1920s and the 1960s. Years later, I saw the phrase “heritage, not hate” on top of a Confederate flag. That was even more confusing, because for the stoners who flew it, the flag seemed to represent juvenile rebellion, working-class angst and an “up yours” attitude toward the school administration — not some storied Confederate heritage. I learned in college that the flag is also, very strongly, a symbol of hate. This is why we need to remove it.

Some people have argued that changing the mace and the concrete tablet on the Wren Building is an act of “political correctness.” Yet it was a kind of 1920s political correctness that led people to put the battle flag on the mace in the first place. It certainly wasn’t a reflection of the College’s actual history. The mace shows the flags under which the college operated. Faculty taught classes under a British flag before the Revolution, and they later taught under an American one after independence. But the College did not operate as a college between 1861 and 1865. Classes were not taught under the Army of Northern Virginia’s battle flag, much less the actual flag of the Confederacy (a big white flag with the Southern Cross in the upper-left corner). In addition, the old concrete tablet only lists the names of the Confederate soldiers who fought. The same sort of political correctness in the early twentieth century led the College to list only the Confederate soldiers who fought between 1861 and 1865, and not its Union soldiers who also died fighting in the war.

“Learning to see a symbol with different eyes is our job as students and scholars and faculty.”

Years later, the people that ensured that Boone High School and the College of William and Mary were mostly white but technically integrated did not wave any flags. They used school redistricting plans and admissions offices to do their work. Administrators and faculty played their part in making black students feel unwelcome. They did so in ways that are difficult to fully explain and sometimes difficult to see, such as the informal dress code I learned at Boone High. But to grow up and leave the horrors of the high school parking lot behind means recognizing that a symbol can appear innocuous at first but then troubling upon closer inspection. Learning to see a symbol with different eyes is our job as students and scholars and faculty. History is not just about celebrating or memorializing the past but also about learning from it, righting its wrongs, and making sure that the arc of the moral universe, as long as it is, bends toward justice.

Scott Nelson is a Leslie and Naomi Legum Professor of History at the College. He has written on the topic of the Southern Railway, as well as others, and has three published books with favorable reviews and national prizes.