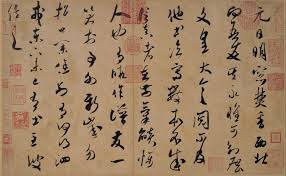 Ask American students about Chinese culture, and you may get a rough overview of martial arts and Chinese cooking. Open that question up to members of the College of William and Mary and the Williamsburg community who have been to the Confucius Institute, though, and you will hear about also the erhu, an instrument sometimes called the “Chinese violin;” the art of calligraphy; Chinese paper cutting and many more Chinese cultural traditions.

The Confucius Institute opened in 2012 as the result of collaboration of both the College of William and Mary and Beijing Normal University in China.

“The mission behind the Institute is to spread Chinese culture throughout America,” communications intern Ian Kirkwood ’16 said.

In order to do this, the Institute offers classes that are open to both college students and community members. The first session of classes for the fall semester starts September 15, with another session starting after the College’s Fall break.

The mission behind the Institute is to spread Chinese culture throughout America.

The average cost for a class is 40 dollars for students, which is a 50 percent discount off the usual price. The classes take place in the late evening in the Rowe House on campus.

According to Chinese Deputy Director of the Institute Lei Ma, of the non-William and Mary students who take the classes, most are retirees, some of them coming from as far as Virginia Beach.

“I think most community people are retirees living in this town, so they prefer cultural classes more than the language classes,” Ma said.

Ma has been teaching at the Institute since its opening and said that many of the institute’s students will return to take classes several semesters in a row.

“One of the senior citizens I had, he started to learn Chinese with me since the first week I was here and has stayed all through the four years,” Ma said.

The teachers at the Institute are either professors from the College, like Ma, or volunteer teachers. The only exception is the Institute’s Taiji and Chinese Cooking classes, which are taught by Williamsburg residents.

The volunteer teachers all come from Beijing Normal University. The University offers its students the opportunity to come and teach the Institute’s cultural and Chinese language classes.

The Institute usually has four volunteer teachers. Cui, who will teach calligraphy for the fall session, said the program requires its volunteers to go through a rigorous application process to teach at the Institute.

“You need to apply for it [and] pass an interview and you need to go through training to get better accustomed to the atmosphere and the teaching atmosphere,” Cui said.

Once a part of the program, the volunteer teachers work to integrate Chinese culture and language into the Williamsburg community.

The Institute aims to spread Chinese culture in as many ways as it possibly can. They work closely with the Chinese Undergraduates Student Association and the Chinese Studies Program, Ma said, often hosting events on campus like musical performances or lectures on China’s economy.

The Institute also helps students looking to study abroad in China. They offer Chinese proficiency tests, the HSKs, to students online at a discounted price. These tests help students apply for and receive scholarships that would allow them to study abroad.

“It’s aiming for American students or community people who like to practice their Chinese oral languages,” Ma said. “We set it up online. They can practice half-an-hour for each, both Chinese and English.”

The Chinese Language Partners Program is great for those students who want to practice their Chinese beyond just their time in class, Ma said.

Other students stick to just the cultural programs and classes. Kirkwood said that overall they want to offer classes that Americans, especially senior citizens, can feel comfortable in. All materials for the class are provided, and the classes are meant to have a low-stress atmosphere.

“The point of them isn’t necessarily to provide you with this huge hard skill set to go out into the world and teach other people,” Kirkwood said.  “It’s to expose you to Chinese culture and familiarize you with various topics that typical Americans aren’t exposed to.”