Home Opinions Guest columns Letting a laudable past speak for itself 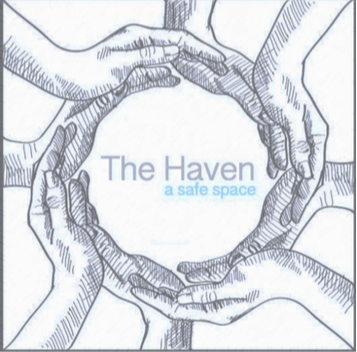 Over the course of the past two weeks, we — Mallory Tucker ’15 and Hannah Boes ’14 — have internalized personal feedback and analysis regarding a presentation given by Dean of Conduct Dave Gilbert during Orientation Aide training this fall. As recent alumni, members of HOPE and co-founders of The Haven, we continue to hold very near and dear to our hearts the issue of sexual violence prevention and intervention at the College. Neither of us is a stranger to critiquing the College of William and Mary’s approach. We were disturbed to listen to reports that Gilbert’s language served to not only diminish the gravity of his topic, but also to insult and offend through insensitive analogies and scenarios in what was described as an overall heteronormative and blasé attitude toward a serious issue.

“We agree that his work ethic around sexual misconduct reaches beyond laudable.”

While we laud the fellow students who have the courage and right to speak out when a campus official’s actions and language affront our community, we also wish to offer an additional perspective on the ways in which Dave Gilbert’s decade-long service to the College has also been in service of progress and justice.

Each of us has worked closely with Dean Gilbert on the issue of sexual misconduct on the campus and find very concerning the way in which this presentation has drawn into question his commitment to his job.

We agree that his work ethic around sexual misconduct reaches beyond laudable. Through partnership on The Haven’s volunteer training last spring, Hannah remembers Dean Gilbert’s willingness to give up a weekend to educate the volunteers on the adjudication process as well as the attentiveness with which he approached both his preparation and presentation. In working with Dean Gilbert on the Task Force to Prevent Sexual Assault and Harassment’s subcommittee on Investigation and Adjudication, Mallory witnessed him lead the charge on a comprehensive, survivor-focused revision of the College’s adjudication policies and process. Mallory specifically remembers Gilbert reinforcing their committee’s goal of improving procedures for survivors above all else, even giving up weekends and personal vacation time to do so.

“We argue that Dean Gilbert may have failed in this vein partly due to his typical no-nonsense approach, which actually supports the survivors and other students he serves.”

Dean Gilbert has been specifically criticized for inappropriately infusing humor, analogy and stereotypical scenarios in his recent presentation. We feel it is important to note that Dave Gilbert is a higher education professional, not a public speaker or trained instructor. We believe this is why Eric Garrison, Assistant Director of Health Promotion at William and Mary and experienced educator, was able to successfully lead a presentation to students that compared sexual consent to sharing milk and cookies — to the praise of a Flat Hat columnist and many students.

We argue that Dean Gilbert may have failed in this vein partly due to his typical no-nonsense approach, which actually supports the survivors and other students he serves. In working with Dean Gilbert as a silent supporter to survivors going through the adjudication process, Hannah remembers his attention to detail, validating tone and overall relentless commitment to honoring the needs of all students involved. A survivor who went through the adjudication procedure this past academic year said of her work with Dean Gilbert, “Without Dean Gilbert’s support, I wouldn’t have gone through with the investigation. He made me realize that I shouldn’t be afraid to stand up for myself and that I deserved to feel safe at my school.”

“We have witnessed Dean Gilbert actively seek opportunities to learn and grow in his professional role at William and Mary and in doing so vocalize instances where his perceptions have been wrong or outdated.”

William and Mary’s process is not without fault, and Dean Gilbert displays an unique humility in his willingness to openly discuss his goal of improving the system he represents. We have witnessed Dean Gilbert actively seek opportunities to learn and grow in his professional role at William and Mary and in doing so vocalize instances where his perceptions have been wrong or outdated. For example, Mallory recalls a conversation with Dean Gilbert in which he discussed attending an educational conference about dating violence, through which he recognized a need to grow in his understanding of the issue. Dave Gilbert is a professional who is willing to be critical of William and Mary, his office and especially himself, a quality confirmed by this current community concern. In Gilbert’s expressed apology after his presentation, published in The Flat Hat, he said, “I certainly was misunderstood. For that I bear the responsibility.” We hope that when students hear his apology, they will hear both of those statements together as one.

For this reason, we are confident that Dean Dave Gilbert is capable of learning from this experience and growing from it. If given the opportunity, we feel that Gilbert will emerge not only as the supportive advocate we know him to be, but also a better and more sensitive campus ally.

“Finally, we wish to highlight how Dave Gilbert has shown professional resilience throughout his decade of service to William and Mary, and especially in the face of his recent criticisms.”

Finally, we wish to highlight how Dave Gilbert has shown professional resilience throughout his decade of service to William and Mary, and especially in the face of his recent criticisms. Despite prior publications in The Flat Hat regarding his Orientation Aide presentation, and the ensuing negative comments by alumni and current students, Gilbert continues to do the work he has done tirelessly over the last year. This included appearing to present to Haven volunteers during their fall training, even going so far as to give up his lunch with family on a Sunday to continue hearing the volunteers’ questions and concerns.

“I honestly think he did a great job,” said Amanda Olsen, Haven volunteer and member of HOPE. “I still feel weird knowing he said the things he did, but I think, with time, he will once again be seen as an ally and advocate. I really thought he tried so hard to be thoughtful and respectful at training”.

We feel that Dean Gilbert would agree with many who have criticized him that students have a right to hold their administration, faculty and fellow students accountable when one of them uses harmful language in an important campus dialogue.

“Namely, labeling Dean Gilbert as insensitive and ineffective could strongly dissuade survivors from seeking the help and justice they deserve.”

We come to Dean Gilbert’s defense today in the name of our shared commitment to the safety, support and empowerment of all survivors. We hope to impress upon people who have used this event as a characterizing symbol of his overall approach to his work that these criticisms can have long-term repercussions. Namely, labeling Dean Gilbert as insensitive and ineffective could strongly dissuade survivors from seeking the help and justice they deserve. We strongly encourage a more nuanced perspective of this and any administrator. Our primary goal remains supporting survivors and their allies at the College, and beyond. If you or someone you know is struggling with this issue, we encourage a look at the diverse campus resources available to you.