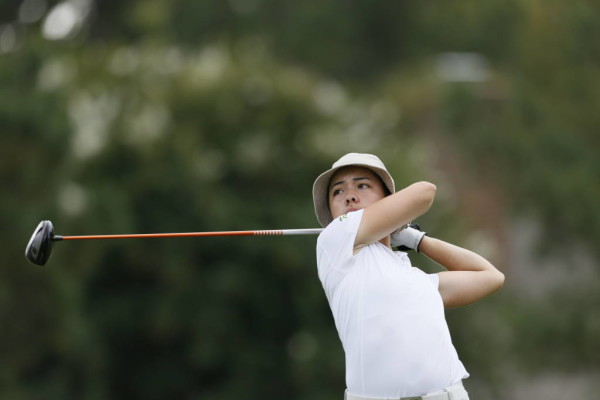 Records are meant to be broken, but generally a school record sticks around longer than four months before being shattered again. But the Tribe decided that the William and Mary Invitational was as good a time as any to match the program’s best point total in school history, as the Tribe shot 891 to finish second place in the 12-team tournament.

Point totals alone weren’t the only thing the 2015 squad improved upon from last season. In addition to last year at the River Landing Classic, where the College managed a 899 stroke finish and a place on the podium with a third place finish, the Tribe also moved up three places from the 2014 William and Mary Invitational, where the College finished fifth of 13 teams.

As has become typical this season, senior Alessandra Liu spearheaded the effort, finishing second overall with a 214, just a stroke shy of earning her second straight medal.

As has become typical this season, senior Alessandra Liu spearheaded the effort, finishing second overall with a 214, just a stroke shy of earning her second straight medal. Liu previously set the school record with a four under 212 last week at Penn State. The William and Mary Invitational performance marks the second-best score in College history, and by extension Liu’s second best finish in her career.

Sophomore Katie Edleblut paved the way for the rest of the Tribe’s success, earning a top-ten place with a career-best 223, just seven strokes over par. Junior Mia Zanghetti didn’t have quite the consistent success of Edleblut, but managed the eighth-best single round in William and Mary history with a career low of 70 on the tournament’s final day, two strokes under par.

The Tribe returns to the course Sept. 28 and 29 for the East Carolina University Lady Pirate Intercollegiate in Greenville, N.C.