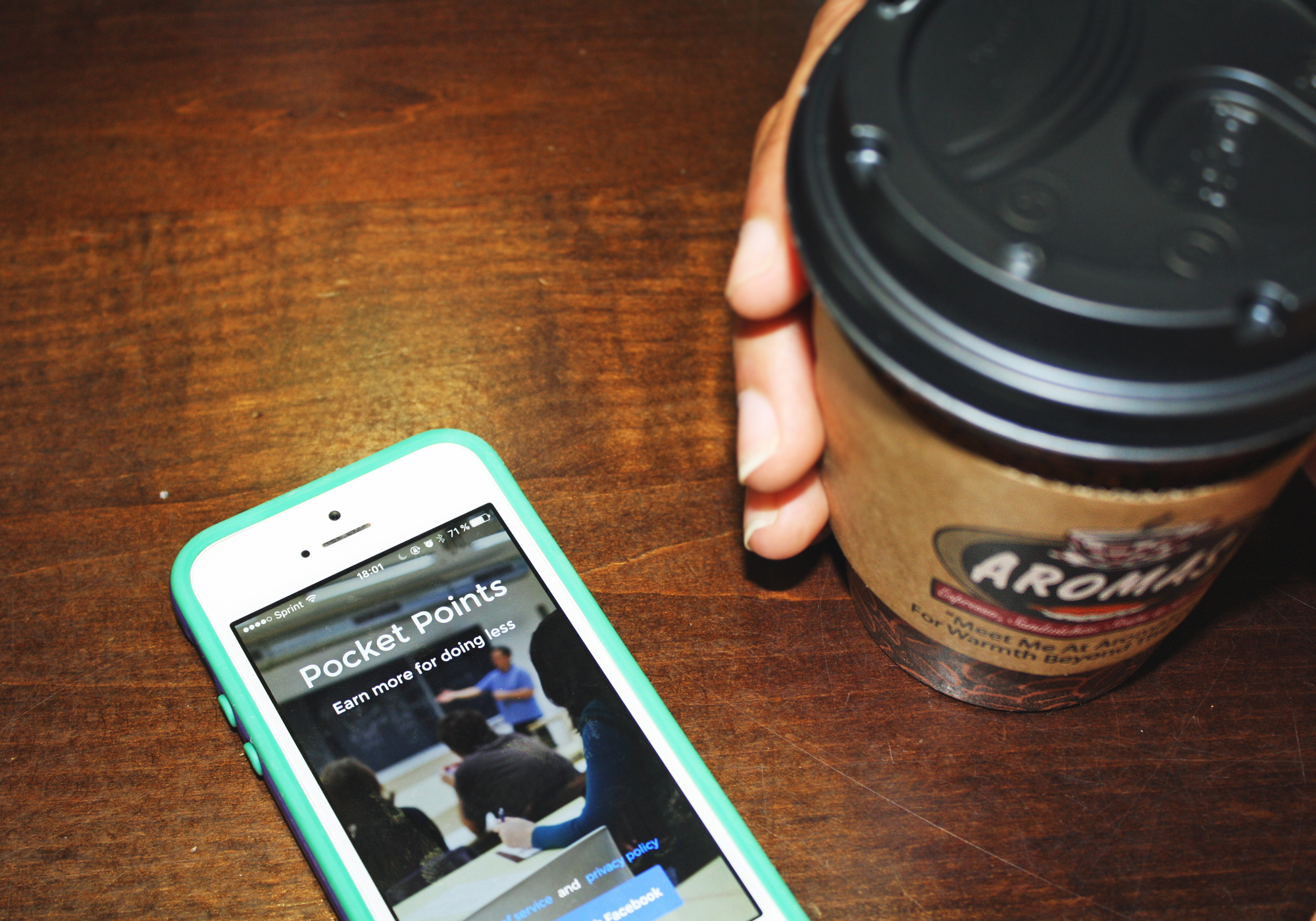 Student entrepreneurs at California State University, Chico, have launched a mobile app that rewards students for not using their phones in class. The College of William and Mary was one of the schools included when they launched the app at campuses nationwide at the start of the fall 2015 semester.

The app, which is available for Android and iPhone users, works by tracking user location and awarding students points when they are in class and have their phones locked. These points can be redeemed as coupons for a variety of local businesses and online retailers. Businesses in Williamsburg that accept points include Berrybody Frozen Yogurt, Retro’s, the Colonial Williamsburg Aromas, Baskin Robbins, Pita Pit, Brickhouse Tavern, The Crust, Qdoba Mexican Grill, Subway and Sweet Frog.

Rob Richardson and Mitch Gardener founded Pocket Points at Chico State during their junior and senior years, respectively. Both have taken a leave of absence from Chico State to develop the app.

According to Gardener, who also acts as Pocket Points’s Chief Operating Officer, the app was developed in the spring of 2014 and launched at Chico State in the fall of that same year.

“Rob was sitting in class last spring 2014, and he kind of noticed everyone one was distracted, heads were down, they weren’t really focused on the teacher,” Gardener said.

“Rob was sitting in class last spring 2014, and he kind of noticed everyone one was distracted, heads were down, they weren’t really focused on the teacher,” Gardener said. “As any entrepreneur does, they want to find a problem and come up with a solution. Once the problem was revealed … Rob and I just started brainstorming.”

“We had a national launch in over 65 cities, which amounts to 100 schools, and William and Mary was one of them,” Gardener said. “William and Mary’s been one of our better schools; we’re glad we went there.”

Gardener said Pocket Points has recently added online stores and larger organizations, like the Arizona Diamondbacks, who now offer free tickets to students who accrue enough points. According to Gardener, Pocket Points employs a ten-person team, as well as around 100 sales representatives at various schools.

The sales representative at the College is Kaylee Brooks ’18. Brooks said she began working for Pocket Points over the summer to get local merchants in Williamsburg on board. She also works to increase student awareness of the app.

“William and Mary’s been one of our better schools; we’re glad we went there,” Gardener said.

“I was meeting with different retailers around Williamsburg … telling them about Pocket Points and getting them on board,” Brooks said. “Starting the school year was all about getting the word out to students. The main thing we started doing was flyering every freshman dorm. … The other thing that’s worked really well is presenting in classes.”

Brooks said that local businesses benefit from the increased student traffic that Pocket Points brings to their stores.

“To businesses, what’s good for them is that it’s bringing in more customers, more students … especially for freshman,” Brooks said. “They don’t know what’s around — they haven’t heard of some of these places — so it’s telling businesses, ‘hey, we’re going to get new customers for you.’”

Brooks added that she is an avid user of the app, and many other students have decided to take advantage of it as well. Stephen Gurley ’17 described the app as user-friendly.

“I like using Pocket Points because it’s genuinely effortless,” Gurley said in an email. “You just need to open the app, lock your phone and rake in the points. The rewards are pretty great.”

However, Gurley added that the app has done little to change his in-class behavior.

“I would say the app has not caused me to radically change my phone use in class,” Gurley said. “Maybe once or twice I’ve reached to grab my phone and thought, ‘Wait! I need to keep that off so that I can get more points,’ but only a few times.”

Gurley hasn’t bought anything with Pocket Points yet, but says he plans to do so soon.

“I haven’t used the points for anything yet,” he said. “I’m saving up so that when I’m having a rough week I can spend a ton and not feel bad about it.”