Home Variety Menokin House offers visitors a glimpse into the past 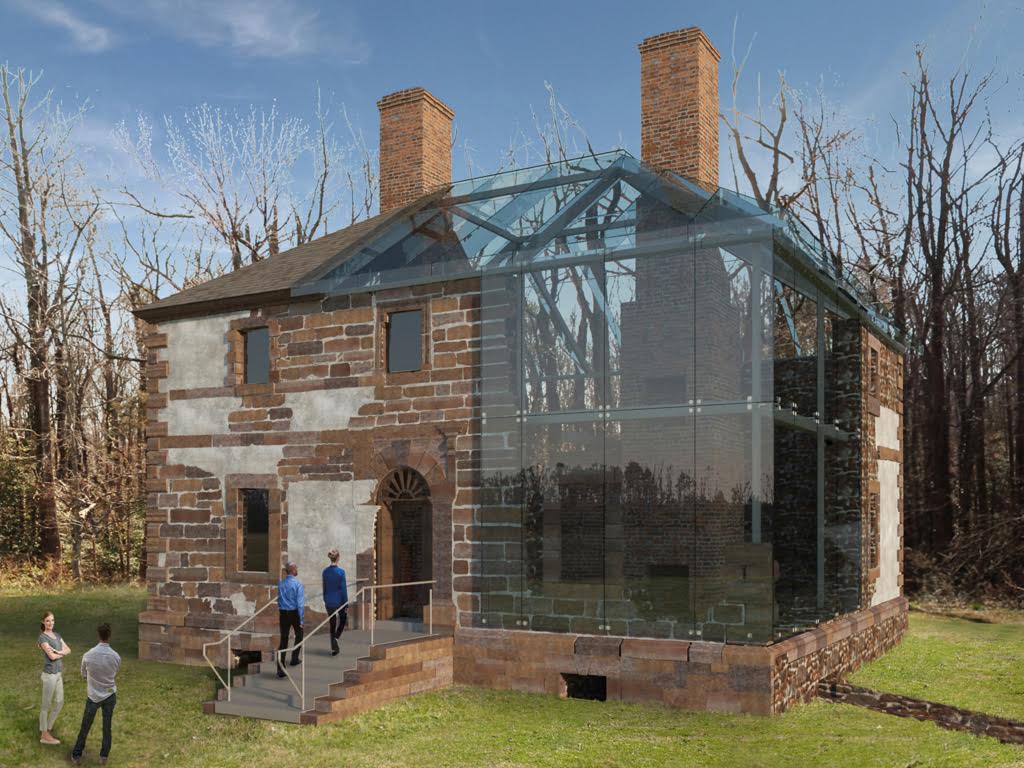 In Virginia, one doesn’t need to walk far to encounter history. Just a few steps, and it is possible to be transported back to any moment in time.

The Menokin House in Warsaw, Va, does not simply focus on “a moment,” however. Instead, the former home of Francis Lightfoot Lee, signer of the Declaration of Independence, views history as a wide collection of moments and countless angles.

The building was donated to the Menokin Foundation in 1995, along with 500 acres of the surrounding land and the excess pieces of wood that had fallen off. Murphy was essentially given a ruin, but one with potential.

“We have all the pieces of the house. We could put it back together just as it was, but we decided we wanted to do something more innovative than just constructing a new house museum,” Murphy said, “Finally, one of our architects came up with the idea of using structural glass to fill in the missing pieces.”

Viewers would be able to see the outline of what the house had looked like while also experiencing its current state.

That architect was Charles Phillips. He first explained the idea to Executive Director of the Menokin Foundation, Sarah Dillard Pope ’90, by comparing it to a “Visible Man Kit.” Viewers would be able to see the outline of what the house had looked like while also experiencing its current state. According to Pope, this is important because it resonates with visitors by allowing them to be a part of the history.

Through the glass elements of the house, visitors will observe the house’s history and witness its deterioration just as Murphy said he was growing up. According to Menokin Foundation Treasurer Hullihen Williams Moore, the glass house design also allows visitors to understand the perspectives of a multitude of different peoples in history.

“We will also be dealing with the Native Americans, the Europeans, the African Americans as slaves and also as tenant farmers,” Moore said.

Viewers are not told what to see, but rather choose on their own. This extends to the exterior of the house, which includes acres of farm and forest land as well as a creek which Murphy said will be open to the public.

“The property gives the public access to the natural environment as well as a historical site,” Murphy said.

According to Moore, there are plans in the works to use this property as a central location for culture and education.

“One of the things that I hope for this place is that it will be a cultural center for the Northern Neck,” said Moore, “A cultural center that can have history, education, entertainment [and] concerts.”

Moore has been taking photographs of Menokin since 2012. An exhibit including his photographs is currently on display in the Botetourt Gallery of Earl Gregg Swem Library. Moore said he was drawn to the project for not only the beauty of the literal angles, but also the diverse angles of perspective that his photographs are able to capture.

“When you look at the nails, you’ll see every nail head is different because the nails were handmade.  And then you think about how individuals had to make the tens of thousands of nails that went into that place,” Moore said. “Things like that tell you more then maybe a picture of a fireplace.”

Menokin has already served as a useful, educational tool for the College of William and Mary. Dr. Chuck Bailey, a geology professor at the College, plans to take his Field Methods class to the Menokin house twice this year in order to study the origins and purpose of the house’s stone. Another College student has conducted research on the slave population at Menokin, and Pope said the possibilities for other areas of research are endless.

“Anybody that wants a research project in history, in architecture, in ecology … the door’s open,” Pope said, “Come visit. Come contact us.”

After all, the glass is just a place holder. Visitors decide what fills it.