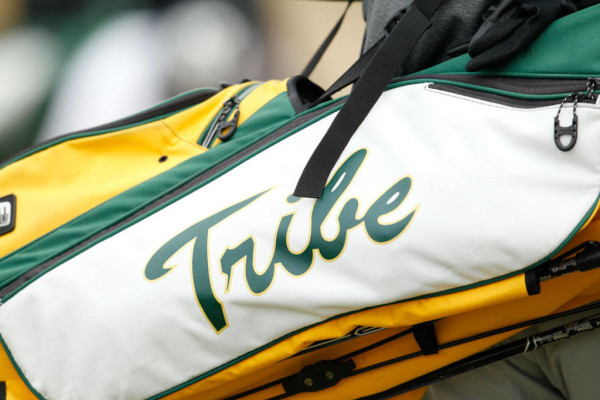 William and Mary traveled to Akron, Ohio earlier this week for the Firestone Invitational, where it finished 15th in a field of 16 after three rounds Monday and Tuesday.

Monday morning, the Tribe shot 14-over as a team, sending them plunging into the lower part of the leaderboard. Junior Austin Morrison led the College with a 73 (+1) first round, followed by freshman David Hicks’ 2-over 74, freshman Will Stewart’s 7-over 80, and junior Davis Morrison and sophomore Sam Aronoff both scoring an 8-over 82 in the first round.

The second round proved better for the Tribe and put them in a tie for 15th with Valparaiso at 592 (+16) on the leaderboard. Austin Morrison cut two strokes in his second round to make par for the combined two rounds and stay tied for 20th place individually. Hicks tied for 34th at the end of day one with a 2-over 146, while Stewart improved with a 1-over 73 in round two for a tie at 69th with an 8-over 152 overall. Davis Morrison and Aronoff both took six fewer strokes in the second round, tying them at 78th of 91 competitors at 154 (+10).

Maryland led the field with a 7-under 569 team score while also boasting the top man on the leaderboard, David Kocher. Kocher held a 136 (-8) after the first day.

Hicks’ final round was a 71 (-1), already marking his sixth round where he scored par or better in his rookie season. The current program record for the number rounds over par in the freshman season is seven.

In the final round, Valparaiso pushed ahead of the College and finished five strokes ahead in 14th, but the Tribe had a surge of its own to place ahead of Ball State by five strokes at the end of the tournament.

Austin Morrison and Hicks finished tied with one another at 1-over 217 in 25th place, which led the College’s performances at the event. Hicks’ final round was a 71 (-1), already marking his sixth round where he scored par or better in his rookie season. The current program record for the number rounds over par in the freshman season is seven, which Austin Morrison holds from his own freshman year back in 2013. Davis Morrison overtook Stewart as the third-highest Tribe finisher with a 72nd place finish at 12-over 228. Stewart was two strokes behind Davis Morrison at 14-over 230, good for 76th place. Aronoff rounded out the College’s results in 81st at 18-over 234.

The Tribe’s grand total was an 888 (+24), 32 strokes out of first place. Maryland retained its lead from the first day with a 6-under 856 as its three-round total. Kocher also kept first place on the final day with a total of 207 (-9), 10 strokes ahead of Austin Morrison and Hicks.

After a week off, the College completes its fall slate Oct. 19-20 at the Georgetown Intercollegiate in Beallsville, Md.