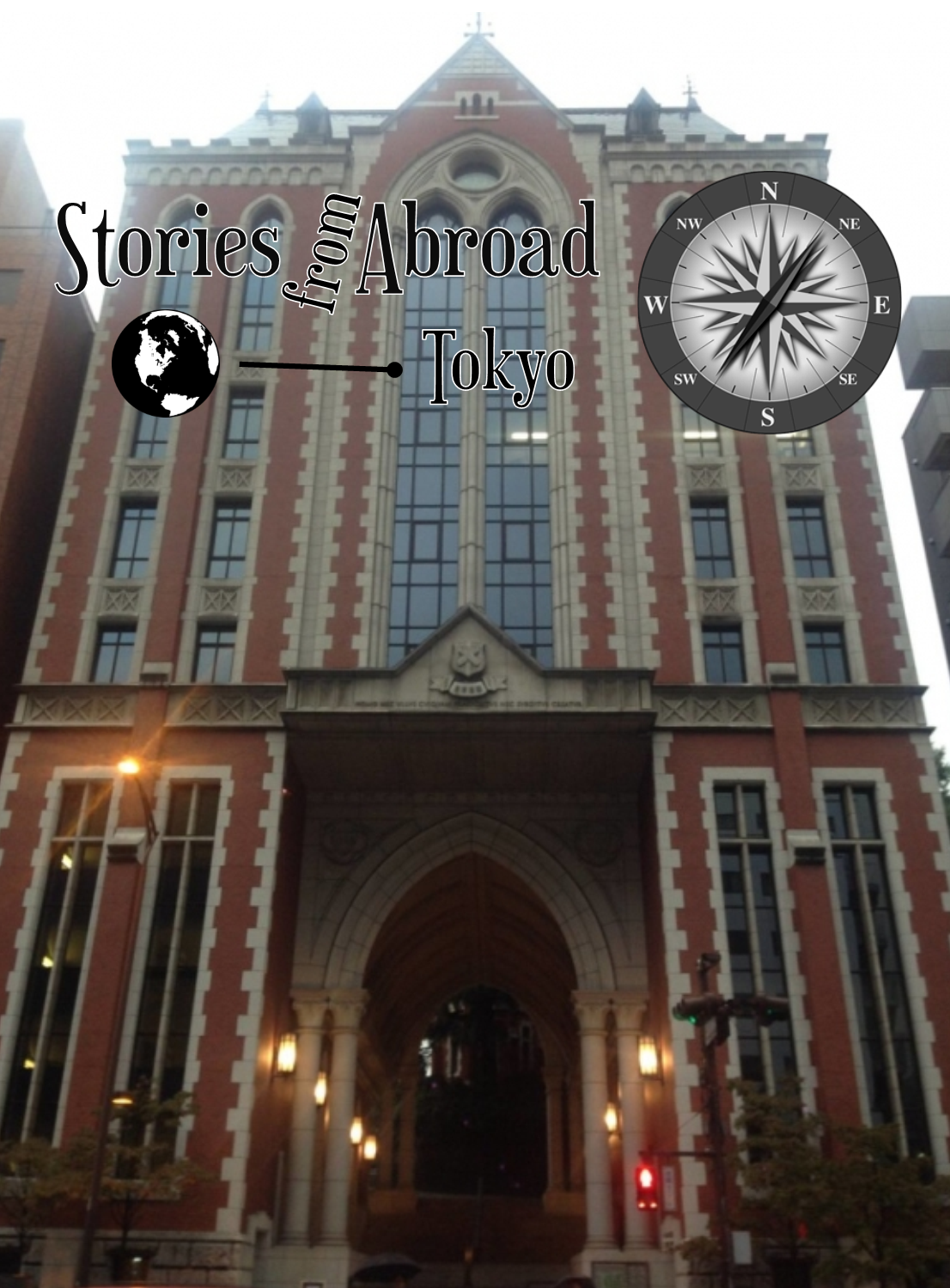 Today officially marks the end of my first month in Japan. Something about this milestone makes us international students a bit more comfortable reflecting on the beginning of our time abroad:

“You know my first impression of you?”

“I’ll tell you mine. You seemed to breathe confidence.”

“What. That’s you; I was amazed at how quickly you became friends with all those guys.”

Classes started last week, so we can bond by ranting about professors and home university credit requirements. If we stay up late enough, we might breach the topics of relationships and sex.

I’ll drink to that. We never know what kind of impression we make. We never know how or when we’ll make a real connection with someone. In all the hullabaloo of trying to make friends and get to know each other, we spend too much money and get too little sleep. At first, conversation is simple and formulaic: we discuss our homes, our travels, our schools and our interests in Japan. On the way to the cafeteria, we hope we’ll run into someone we recognize well enough to invite to eat. Classes started last week, so we can bond by ranting about professors and home university credit requirements. If we stay up late enough, we might breach the topics of relationships and sex.

As I go about making friends, I’m conscious of how I represent the College of William and Mary. I think I conjure up contrasting images. Occasionally, someone’s first impression of the College is from when I exclaim that there are so few readings assigned: “Only 20 pages? But this class is only once a week!” Not that I’m unhappy about the lack of excessive readings, but it’s almost uncomfortable. On the other hand, sometimes the first story I tell of the College is about Blowout: “Well, we’re really not at all a ‘party school,’ but on the last day of classes…”

I’m still working on giving people a more balanced understanding of an American university. I don’t think I would consider the College to be representative of higher education in the US.

As much as I wonder about the impression I make of myself and my school, I wonder more about the one I make of Americans in general. Am I the stereotypically loud, obnoxious American who is ignorant of the rest of the world? Loud, sometimes, yes. But hopefully not any other parts of that caricature.

As much as I wonder about the impression I make of myself and my school, I wonder more about the one I make of Americans in general.

“Are you proud of being American?”

Well, sir, yes, I am proud, but not in the gun-toting, “yay ’Merica” kind of way that you might be wondering. I have multiple homes, and the United States will always be one. Have you questioned anyone else’s pride in their home country? No, but apparently America warrants a special kind of disdain.

I don’t mean to say that people are often judgmental of my nationality. Study abroad students are probably the most open-minded people that you could find. Most have already visited the United States, and then I feel like the ignorant American who has barely ventured past her own borders. Many other students are enticed by the United States’ wide open landscapes and independent mentality, just not the politics. I can understand that. It may be almost futile to try to change a negative impression of American politics, but I think I am doing my part to create a decent impression of the people. (As if I’m a representative of Americans! I don’t know what that would be, but I have to accept the position.) The key is to smile, have fun, read the news and only go to McDonalds when I desperately need fries at 4 a.m.