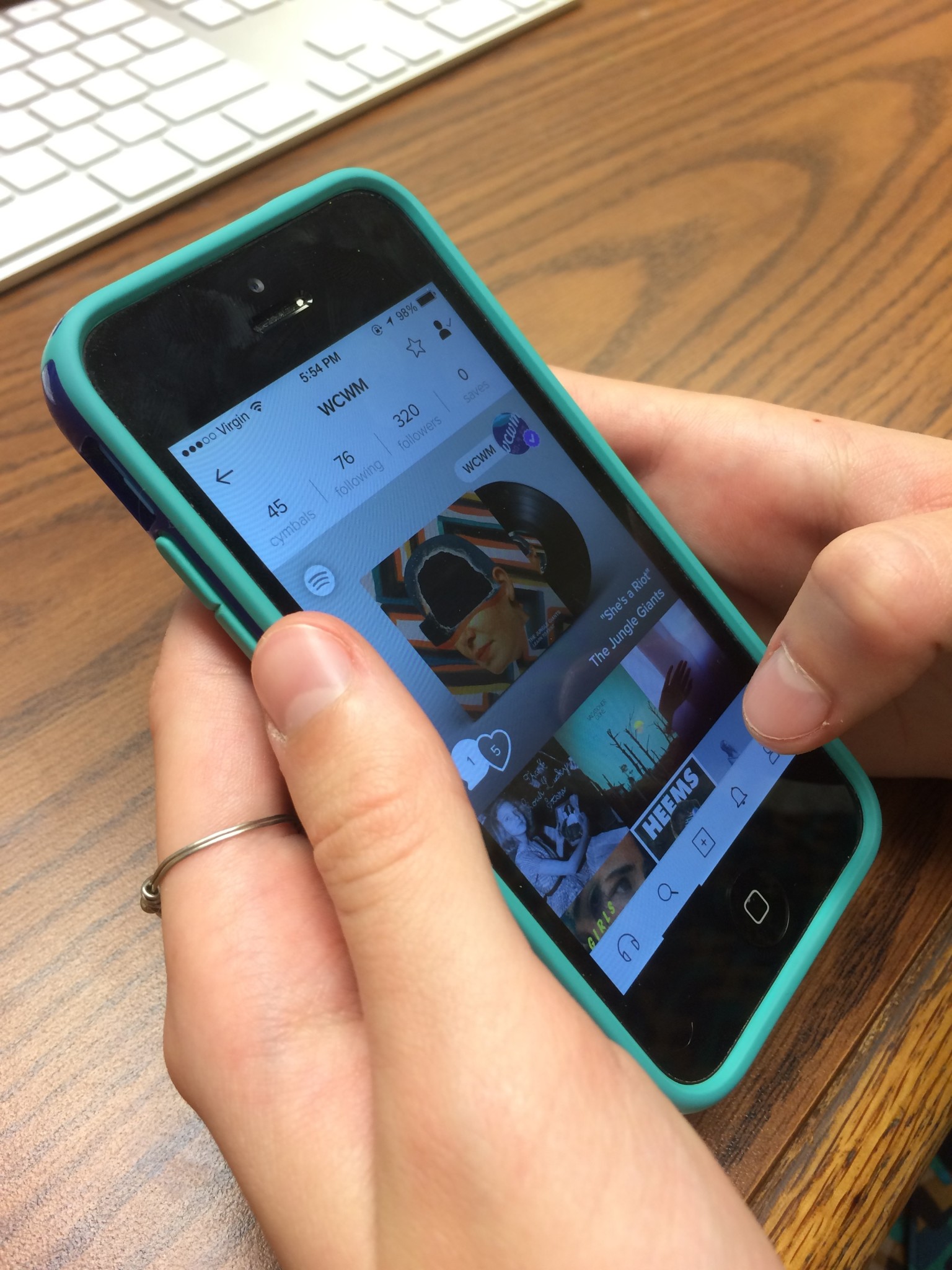 Gone are the days when making mixtapes was the best way to share music with your friends. A new app called Cymbal has become the mixtape of the new generation, allowing users to share their favorite song of the moment and discover new music.

The app features accounts from record labels, artists and music publications. It has also recently begun featuring college radio accounts, including the College of William and Mary’s own WCWM.

Cymbal was created by three Tufts University graduates: Gabe Jacobs, Amadou Crookes and Mario Gomez-Hall. The idea was to create an app that allowed people to share their current favorite song and was born out of a Jacobs’ music blog, Lower Frequencies, which features one song a day.

Jacobs, Crookes and Gomez-Hall began developing the app while they were still at Tufts. It was finally released on Apple’s App Store this past May before the three creators graduated. They are currently working on making it available to Android users.

Like any other social media app, users start by creating their profile and following friends, family members, and other accounts that interest them. To post a song a user simply has to search for the song you want and then click “set cymbal.” That song is then added to their profile.

According to a press release from Jacobs, the profile is meant to spotlight the user’s current song of the moment, called a  “cymbal.”

The profile itself is composed of a collage of album covers, each representing a past loved song, that create a visual map of the user’s musical history.

The app uses Soundcloud and Spotify to stream music. Songs can be liked on Soundcloud or added to the user’s Spotify library through Cymbal where other users with  Spotify accounts can listen to the full version of a song. In this way, Cymbal serves as a highlight reel for the millions of tracks that already exist on Spotify and Soundcloud.

Like Twitter, Instagram, Facebook and other big social media apps, Cymbal also has a homefeed. However, instead of being filled with snapshots of other people’s lives, the Cymbal homefeed is filled with the cymbals from accounts a user follows. Essentially, the homefeed becomes a personalized social media playlist.

The app also allows users to make comments, like songs, and hashtag to their heart’s content. If a song has never been posted before, the first person to post a cymbal is rewarded with a small trophy icon, letting people know that they did in fact listen to that song before it was cool.

One of Cymbal’s newest features is the college radio section. Kaplan, who had a college radio show once himself, noticed that the app was getting a lot of interest from labels, artists and publications. He and his colleagues wanted to represent other voices on the app as well.

“You can’t just have a community, a truly great community for music, if all you’re representing is people inside the music industry,” Kaplan said.

“I thought it would be a great way for some of our DJs to get a little more listeners and kind of promote to an international audience,” Creasey said.

You can’t just have a community, a truly great community for music, if all you’re representing is people inside the music industry.

“Cymbal is marketed as “music discovery from friends, not algorithms”, which I was initially hesitant about. I’m a big fan of algorithm-based music services (I’ve found some of my favorite songs on Spotify’s Discover Weekly playlist), but Cymbal does have something they’re missing – unique personal taste,” Elliott said in an email.

Creasey has been introducing the app to DJs at WCWM and encouraging them to create their own personal accounts so that WCWM can promote them by mentioning them in some of its cymbals. Kaplan praised Creasey and WCWM for changing the way stations think about using the app.

“They were the first station that was really truly here for this initiative,” Kaplan said. “They’ve been awesome the whole time. Not only do they post great stuff, but their sort of leading, in a lot of ways, how people think about how communities can use the app and that’s why they’re the first station listed in the radio section.”