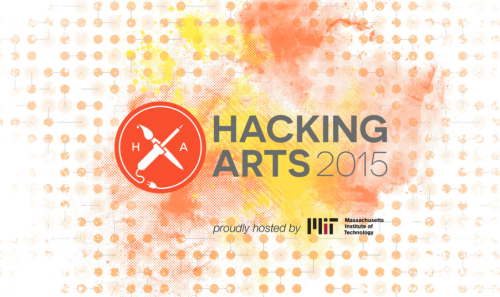 The Hacking Arts conference in Cambridge, Mass. three weeks ago looked at hacking in a different way than its traditional computer-oriented sense. The panelists at the conference discussed disrupting social norms in entrepreneurship through the use of innovation. Start-ups from around the country, in areas ranging from music to fashion to graphic design, attended the weekend conference to learn about using technology to innovate in their field.

“We want to bring a conference that’s open to everyone and unites the liberal arts and business, because right now we think that there’s a huge gap,” Medina-Mate said.

Medina-Mate was one member of the four-person team from the College of William and Mary that attended the conference, a collaboration between the Berklee College of Music and the Massachusetts Institute of Technology. The conference was a two-day event of panels and workshops, all focused on the hybridization of art, business and technology. A top member of Spotify spoke on one panel, and in a twenty-four hour challenge, a team built a biometric reader with the ability to read your mood and select an appropriate playlist. However, the team did not just go there to observe, but went with a goal to bring a similar conference to the College.

“We want to bring a conference that’s open to everyone and unites the liberal arts and business, because right now we think that there’s a huge gap,” Medina-Mate said. “We want to bridge that gap and make it accessible to the entire William and Mary community.”

Jessie Du ’17 was another member of the Hacking Arts team.

“It gives you a different kind of thinking, when you study two different fields,” Du said. “It seems contradictory, but actually in real life it’s what you’re going to deal with, and it’s what employers are looking for, because it shows you are a multi-layered person.”

“We can write a paper, but when we step into the real world, we don’t know how to make ourselves marketable,” she said.

The team sees bringing a conference like Hacking Arts to the College not only as beneficial in general, but also as a solution to something that they believe the College is lacking. One thing that the top ten marketing schools in the nation have in common is that they all hold regular conferences, like Hacking Arts, dedicated to entrepreneurship and innovation; the College, despite being ranked by Bloomberg as the number one public marketing school in the nation, has not previously hosted a similar conference. In addition to making the College look good on a surface level, the team says that a conference would actually give students real skills that could help them in future employment.

“It’s not just about training self-marketing, it’s also encouraging students to think in a proactive mindset where they’re coming up with innovative ideas to solve solutions as opposed to just taking instruction and carrying them out,” Chalovich said. “We want our conference to be about generating ideas.”

Medina-Mate believes that this would help prepare students at the College in a way academics alone fail to do.

“We can write a paper, but when we step into the real world, we don’t know how to make ourselves marketable,” she said.

The team hopes to change this issue. They plan to bring a conference to campus at some point during the 2016-2017 school year. They want to include guest speakers, resume workshops and chances for students to experience what it’s like to be an entrepreneur.

“When our students walk out of this conference, they’ll walk out with tangible skills, but also something that they can talk about in an interview and put on their resume,” Medina-Mate said. “And hopefully they’ll meet professionals in their field who they’re inspired by.”