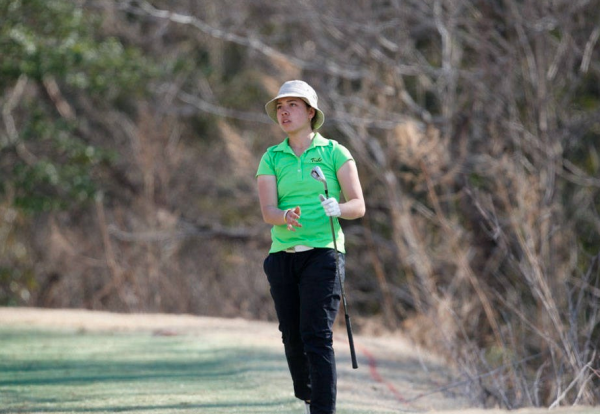 Fall at William and Mary means a great many things to athletics: touchdown celebrations in Zable Stadium, late goal heroics at Martin Family Stadium, a clutch serve in Kaplan Arena, and another long but victorious race for the cross country team. And after the Pinehurst Challenge held in Pinehurst, N.C. from Oct. 12-13, the record-breaking performance by senior golfer Alessandra Liu needs to be added to the list. Liu won the tournament outright, shooting ten under par for her third tournament victory of the four scheduled for the fall of 2015.

Liu’s performance marks the best in Tribe program history, as well as the best in the history of the Pinehurst Challenge tournament. Liu is the first player since 1990 for the College to earn four medals, and the first since 1992 to win three tournaments in just one season.

As a team, the Tribe finished the tournament in a tie for sixth with East Tennessee State at 873. Liu won the individual title by three strokes over Emily Brooks of Elon, shooting just 206 through three rounds. Sophomore Katie Edelblut had the next-best performance for the Tribe, finishing in a tie for No. 9 overall with 213, tying a golfer from Chattanooga.

The College delivered the best performance as a team in school history by a huge margin of 24 strokes at a total of 875 strokes. East Carolina won the tournament with 857 strokes. The Tribe finished just behind No. 4 Iowa and No. 4 Maryland, who tied at 873 strokes.

The Tribe now has the winter off before returning to action Feb. 28-March 1 for the Kiawah Island Tournament in South Carolina.