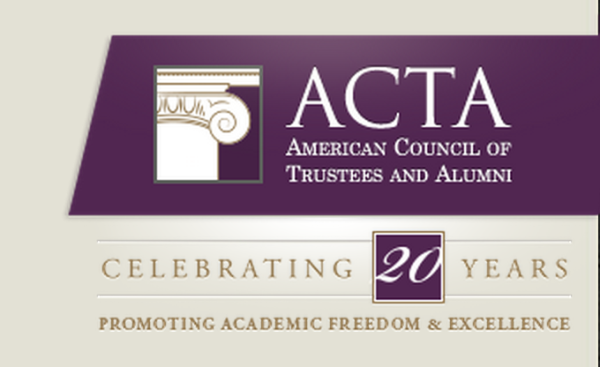 The College of William and Mary’s new COLL curriculum received a D from the American Council of Trustees and Alumni’s project What Will They Learn.

ACTA was founded in 1995. According to its mission statement, it is a non-profit organization that works with education leaders, donors, alumni and trustees across the United States to ensure that college students are receiving a solid liberal arts education.

The College received a D, meeting only the foreign language and mathematics requirements. According to Skip Estes ’17, who worked as a research intern for ACTA this past summer, the grade does not however reflect the quality of the College as a whole.

Estes and four other interns put together the report for What Will They Learn. Estes is also a member of the Society for the College Student Association, an advocate for academic excellence and good governance at the College. The organization, which is independent of the College itself, has been critical of the new COLL curriculum.

The new curriculum begins with two freshman seminars: COLL 100s and COLL 150s. The COLL 100s focus on big ideas and big questions in a certain subject area, while COLL 150s are meant to teach students how to write and communicate effectively.

The COLL 200s are interdisciplinary studies courses that focus on three knowledge domains: Arts, Letters and Values, Culture, Society and the Individual, and Numerical and Quantitative Reasoning. Students must take one COLL 200 in each of these three knowledge domains. The COLL 300s focus on international studies and can be replaced by study abroad programs. The COLL 400s are senior seminars that take place within majors.

SCSA stated that these knowledge domains and requirements are too broad. In an article posted on their website, the organization argues that the new curriculum fails to address the “hard question” of what knowledge students should gain from their time at the College. Estes was personally concerned that the curriculum does not require students to take a science class.

Professor Bruce Campbell, a Center for the Liberal Arts Fellow who helped develop the new curriculum, said there should be no specific list dictating what students should learn.

“I think the days are long past when we could establish a single list of everything an educated person ought to know,” Campbell said in an email. “In fact, I teach in some of my courses that this hasn’t been true since the Renaissance. A liberal arts education should teach us to be wary of simple lists. Instead, the COLL curriculum provides for significant breadth, and allows many paths to that end. You simply can’t reduce university-level study to a rigid checklist of discrete facts. If you try, you get … middle school.”

According to Dean of Arts and Sciences Kate Conley, the new curriculum also has received positive reviews.

This year, What Will They Learn gave Harvard University a D, while Yale University received a C.

“You’ll also find that a few years back they gave the old GER curriculum something like a C-, while giving Harvard’s and Yale’s curricula Fs,” Professor Eugene Tracy, another Center for the Liberal Arts Fellow who helped develop the COLL curriculum, said. “When that happens, I suspect the measuring instrument used. They simply look at course catalogs. No kind of assessment instrument is used by ACTA.”

Estes pointed out that faculty should be wary of assuming that their students know more than they do. He cited a time when only a third of College students could identify a picture of alumnus and former president James Monroe while they were doing tabling for a raffle.

“I understand the argument that a lot of deans and a lot of college presidents make is that, ‘Oh, we have a highly educated student body. They already know these things,’” Estes said. “Well, the fact of the matter is that they don’t.”

“We have a lot of respect and a lot of prestige, but down the road, who knows? Because these schools are spitting out students who have taken economics, who have taken literature, and who have taken competition courses,” Estes said. “William and Mary isn’t making their students competitive compared to that.”

Conley said she did not share Estes’s concern about the College’s ability to compete with other public universities in Virginia.

“I think we’re extremely competitive with those universities and that the new college curriculum is more rigorous, more intellectual than the previous general education curriculum,” Conley said.