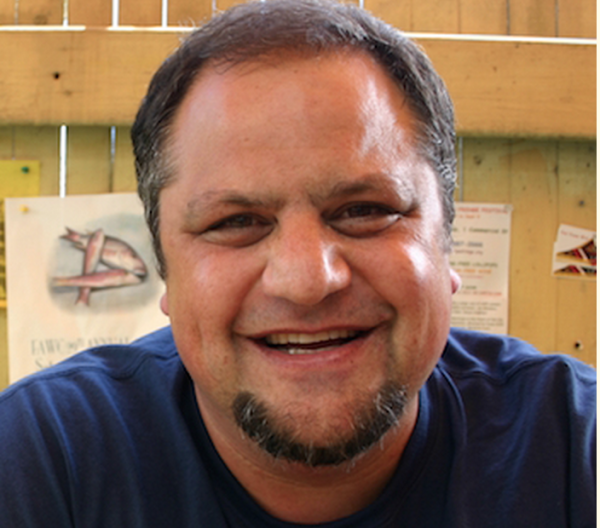 Steve Silberman, author of the New York Times bestseller “NeuroTribes: The Legacy of Autism and the Future of Neurodiversity,” kicked off the neurodiversity speaker series at the College of William and Mary with a presentation about autism Nov. 9. The series was established with an $80,000 commitment from Stephen and Tamar Olitsky, philanthropists based in Pennsylvania.

Silberman’s book details the history of autism research and the journey of autistic people and their families over decades of time. The book opens with a foreword by the late neurologist and author Oliver Sacks, whose novel “Island of the Colorblind” was launched as the first common book to be read by the Class of 2019.

Silberman has also written numerous articles for publications including Wired, The New Yorker, MIT Technology Review, Nature, and Salon. He received the 2010 Science Journalism Award for Magazine Writing from the American Association for the Advancement of Science for his article “The Placebo Problem.” His TED talk, “The Forgotten History of Autism,” has been viewed more than one million times and translated into 13 languages.

Silberman explained in his presentation that autistic children and adults have always been present in society, contrary to the popular belief in the sudden growth in autism, particularly in the United States.

“Autistic people have always been here, they’ve just been invisible; either shut away behind the walls of institutions or hidden behind diagnostic labels,” Silberman said.

Silberman explained that women and families of color are often undiagnosed, leading to the underlying popular belief that autism is particularly prevalent among white males. He referenced a study conducted in the United Kingdom that found an equal ratio between the number of children and adults with autism, thus disproving theories that autism is on the rise genetically.

A basic autism prevalence test has not been conducted in the United States. Silberman accredits the apparent rise in autism to the introduction of diagnoses in 1994 and the growth of the neurodiversity movement in raising awareness of brain diversity.

“Neurodiversity is not a political stance; it is not a philosophical theory; it is a living truth,” Silberman said.

The speaker series is supported by the College Neurodiversity Initiative, a program on campus that aims to educate students about brain differences as an aspect of diversity. The initiative involves both a student group and a working group of faculty, alumni, administrators, staff and members of the community.

History professor and director of the Omohundro Institute for Early American History Karin Wulf is a member of the Neurodiversity Initiative Working Group.

“The Initiative is a distinctive program, the only thing like it in the country,” Wulf said.

According to Wulf, the three goals of the Initiative are to embrace neurodiversity as an aspect of diversity, to support neurodiverse students, and to serve as a model for other campuses for how to engage this issue.

Wulf said both the working and student groups of the neurodiversity initiative are active on campus through teaching, research, student support and outreach. The one credit course INTR 490 Neurodiversity was created by the working group and covers the history of the neurodiversity movement, as well as how individuals on the autism spectrum process information in the brain, think about themselves, manage their emotions and navigate social relationships.

The course will be co-taught by Wulf, neurodiversity advocate John Elder Robison, Director of the Neuroscience Program and psychology professor Josh Burk, professor of psychology Cheryl Dickter, and professor and Chair of the Psychology Department Janice Zeman. Robison is the author of “Look Me in the Eye,” “Raising Cubby” and “Be Different,” and is a scholar-in-residence at the College. He learned of his own autism at the age of 40.

“I do believe that neurodiversity is both the next civil rights frontier for us in this country, and I think that it is an opportunity to bring a whole tribe of bright, creative young people that we have unwittingly excluded from higher education and much of society back into the fold,” Robison said. “I am really proud to be part of it.”

The Olitskys’ gift will also go to the College’s neurodiversity scholar-in-residence program.

In addition to this teaching aspect of the initiative, professors involved with the program are conducting continuous research. Student support is channeled through Student Accessibility Services with many direct accommodations in effect now for neurodiverse students, as well as through residence life and academic departments. The outreach portion of the initiative activity on campus includes numerous presentations and workshops, including sessions targeted toward international and graduate students.