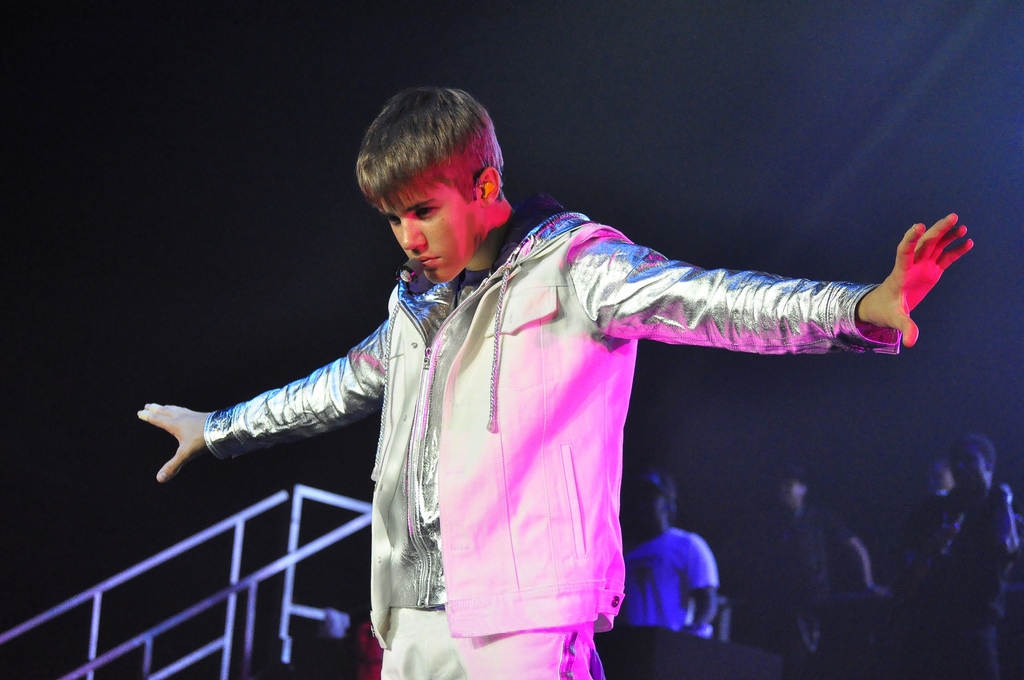 I’ve watched every music video from his new album multiple times. I’ve taken the “Which Dancer From the ‘Sorry’ Music Video Are You?” quiz on Buzzfeed. I’ve defended his latest questionable hair choice (he went through a hard break-up with Selena, okay?), and he’s been my top artist on Spotify for nearly a month. Strangely enough, I’m far from the only one experiencing this second wave of Bieber Fever. Many of my friends, none of them original JB fans and all of them college students, are finding themselves in the same predicament as me, and by “predicament,” I mean being close to tears that our presale code for the Purpose World Tour concert tickets didn’t work.

So why this sudden bout of Bieber Fever? Isn’t it “too late now to say sorry” for Justin after his previous antics? Perhaps it’s the spirit of the holiday season — or I’m just partial to that edited Calvin Klein ad — but I feel strongly that The Biebs is worthy of our forgiveness. We should understand. After all, 2012 was a rough year for most of us, and that’s when most of his troubles began. Although our destiny did not lie in YouTube stardom and we ended up here at the College of William and Mary, had we followed Justin’s path, we could have just as easily entered into a downward spiral culminating in a misdemeanor for egging a neighbor’s house. Being thrust into the spotlight can’t be easy, especially when you have an aura of swag to maintain at all times (although the egging was not particularly swaggy of Justin). In any case, it’s safe to say that if we were famous millionaires, any of us would be susceptible to the temptation of buying too many cars and making a mistake once or twice. And by once or twice, I mean maybe a couple hundred times.

Perhaps it’s the spirit of the holiday season — or I’m just partial to that edited Calvin Klein ad — but I feel strongly that The Biebs is worthy of our forgiveness.

The Biebs also deserves credit for being a good sport at his Comedy Central Roast. Having your insecurities pointed out to you is bad enough, but airing them on television takes some strange 2015 version of courage (also, inviting Martha Stewart? Um, genius. Both JB and M Stew are loved by basic, white ladies and have issues with law enforcement).

Even if you can’t forgive Justin Bieber for his d-bag years, you can recognize the correlation between the increase in his social mishaps and the increase in the quality of his music. Perhaps Bieber’s faults have been worth something after all — as he has become more and more ostracized by the media, the pressure to release high-quality music has also grown. “Purpose” is undoubtedly his best album to date, and a large part of that has to do with his troubles in the media for the past three years.

To put it simply, if Justin’s “Purpose” is to revamp his image and build back his fan base, he’s been entirely successful from my perspective.

As the hooded sweatshirts and boxer brief-bearing pants have decreased, the number of high quality singles has increased, and we are no longer subjected to lyrics along the lines of “Baby, baby, baby, ohhhhhh” (although full disclosure: “Baby” came on in a club when I visited Athens, Georgia, this month, and I danced like it was 2010 … in other words, as awkwardly as I did at my 8th grade dance).

Justin doesn’t make up all of “My World” — or “My World 2.0” — but he does make up most of my most recent iTunes playlist. His music videos are perpetually on my YouTube suggestion sidebar, and I’m not mad about it. To put it simply, if Justin’s “Purpose” is to revamp his image and build back his fan base, he’s been entirely successful from my perspective. Job well done, JB.

Cameron Murphy is a Confusion Corner columnist who is having her Justin Bieber and One Direction phase four years later than everyone else her age. She cannot hear the haters because “Sorry” is blasting in her headphones at all times.