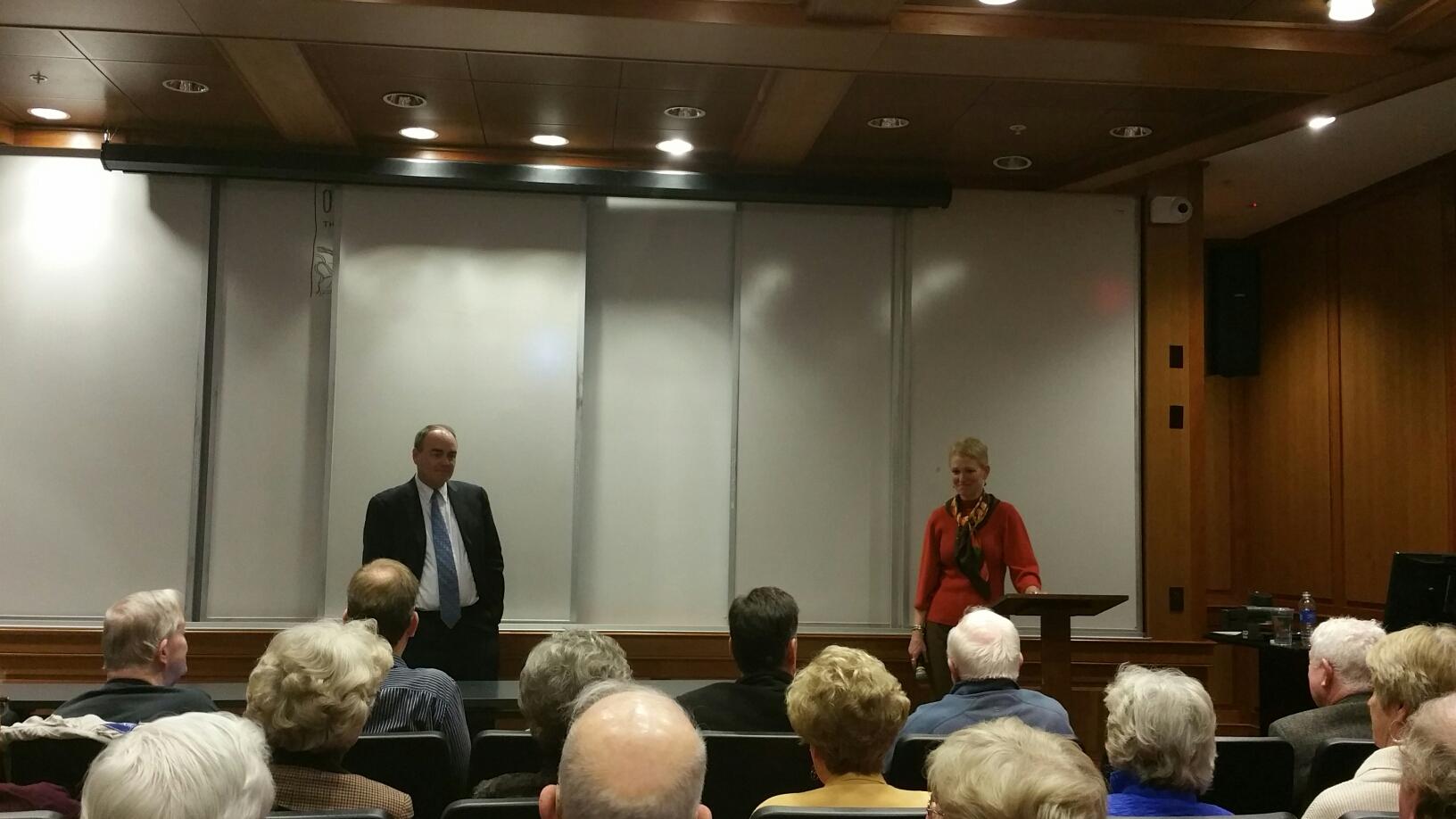 Her talk, titled The Russia Challenge in 2016, focused on Russia’s decline.

The George Taylor Ross Address is an annual talk held through the Reves Center for International Studies.

Wallander argued that Russia is a declining power in the international system. Due to its slowing economy, its loss of energy as a lever of influence and its ideological incompatibility with current world order, Russia is not currently a threat to the United States.

Wallander divided her talk into three parts, providing evidence of Russia’s decline in the international system.

“The Russian economy in 2016 has sunk from sixth in the world to thirteenth,” Wallander said. “The foundations of any country’s power is the economy. The Russian economy is not going to provide that foundation for power. I believe what we are seeing is a Russia in decline over the coming decade.”

When talking about Russia losing energy as a lever of influence, Wallander noted that Russia is no longer keeping up with the technology for transporting and selling natural gas, which means many countries no longer depend on Russia for energy.

Wallander, and the administration with which she works, blames Russian President Vladimir Putin and his leadership for the current decline of Russia’s economy and power.

According to her, his leadership sees the United States and the international system as incompatible with the Russian national interest. For that reason, Putin has failed to fully implement the terms of the World Trade Organization and really allow Russia to be integrated into the international order.

“Coming into the speech not having a very strong background in international politics, I was still able to get a really clear sense of Dr. Wallander’s understanding of what is happening in Russia and suggestions on how we should deal with it,” audience member Katie Ault ’19 said. “I thought she was extremely knowledgeable in all facets of the subject, and even not knowing that much myself I was really able to take away a new appreciation and understanding of the political events that are happening all around us.”

Joy Johnson ’18 said she attended the event because of her interest in Wallander’s background.

“I’m personally interested because I think it is a great opportunity to have someone so high up in international relations who works directly with President Obama here,” Johnson said. “Honestly, her credentials go back so far, so to have someone like Celeste Wallander come to William and Mary, that was a must go, have to see event.”

In Wallander’s address, she also discussed the causes of the 2012 Ukraine crisis.

She sees this crisis as being a result of Putin’s fear that Ukraine would join the European Union. He pressured Ukraine to join his Eurasian Economic Union, a free-trade area and customs union that requires member countries to adopt a common external tariff system, leading to the protests in Ukraine.

“The Ukraine crisis is not a Ukrainian crisis,” Wallander said. “It is a crisis of Russian power and Russian purpose and its incompatibility with the rules of the international system where Ukraine was a sovereign nation that had the right to expect that its neighbor would respect its territory.”

After addressing the different causes of Russia’s decline, she gave strategy recommendations on how to deal with Russia.

She argued that Russia is not a threat to the United States because today’s international system is very different from the one the Cold War emerged from.

In her strategy recommendations, she summarized that Putinism is bad for Russia, that Putin does not currently face any legitimate competition and that the United States will be dealing with the Russian challenge for at least another ten years.

She argued that while the United States must be aggressive in dealing with Russian leadership, that it should also leave the door open for Russian civilians like students and doctors and scientists.

She asserted that the United States needs to deter further Russian aggression in Europe, and discussed how the sanctions placed on certain Russian individuals and sectors as part of the Minsk agreement are helping in that endeavor. Additionally, she explained that the United States needed to pursue a strategy that would allow cooperation with Russia.

“We need to have a strategy that both deals with an aggressive and challenging and sometimes dangerous Russia and a policy that also leaves open the door to Russian policy because Russian society is not the problem,” Wallander said. “Someday there may be a chance for a better future where Russian citizens themselves will be able to use their talents and skills and their capacity and what they have learned in the past 25 Soviet years to integrate themselves in the world system.”