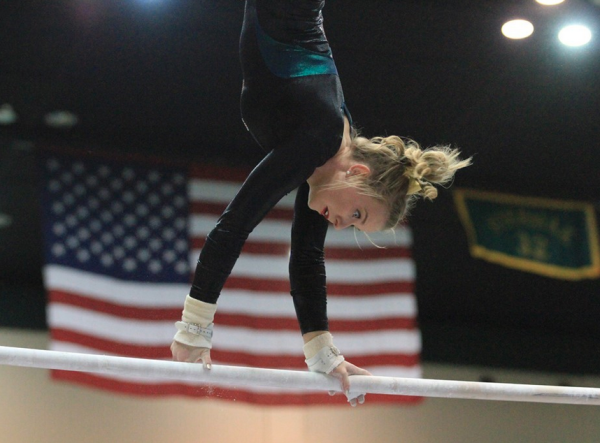 William and Mary continued its improvement streak this weekend, with both the men and women once again posting season-best team scores. The women finished fourth of four at the George Washington quad meet Friday in Washington, D.C., ending the contest with 193.175 points. On the men’s side, Navy defeated the Tribe in Annapolis, Md., with the College scoring 409.600.

Facing George Washington, North Carolina and New Hampshire, the competition was close, as the separation between the first-place Colonials at 195.400 and the fourth-place Tribe was just 2.225 points. UNC took second at 193.750 while the Wildcats held third at 193.700, barely a half point over the College. However, William and Mary’s marks were a season-best for the third week in a row, including a performance last week against one of this week’s opponents, UNC.

None of the women’s competitors won their events, but several finished Friday with season-bests.

William and Mary’s marks were a season-best for the third week in a row, including a performance last week against one of this week’s opponents, UNC.

On the beam, senior Brittany Stover posted a 9.775 for fourth place, followed by teammates junior Briana Gironda at 9.725 in 10th and freshman Aaliyah Kerr at 9.625 in 17th. All three performances were season-bests individually, while the Tribe’s combined efforts of 48.025 on beam were a team season-high.

The team also set a season-high on floor and bars at 48.750 and 48.375, respectively. The floor effort was led by Gironda in second place individually as she scored a 9.850, improving her collegiate career-high. The Tribe’s bar leader was also Gironda, who finished in a tie at fifth place with 9.800 points.

All-around, the top scorer was Stover, finishing fourth overall at 39.000. Gironda’s 38.875 followed in fifth place and marked a career-best.

In the second of three meetings with Navy in the regular season, the Midshipmen topped the Tribe 420.15-409.6. Although the College was unable to increase its season-high from last week in Atlanta, the team did manage to at least match it.

William and Mary won just one of six events but recorded season and career-best performances for several athletes.

William and Mary won just one of six events but recorded season and career-best performances for several athletes. The lone win came on pommel horse, where sophomore Griffin Antle led the team effort with a 13.85 for second place, followed by three other top five finishes to win the event 67.45-65.65.

The team set high scores for 2015-16 on bar and rings at respective scores of 67.9 and 68.9. Junior Aria Sabbagh matched his career-high in all-around at 81.35 to lead the College, while senior Keaton Ackerman broke his top score on floor with a 14.3. Sophomore Mitchell Campbell and freshman David Allen both had career performances on bar with a 14.2 for both competitors. Freshman Jack Hasenkopf set a career-best for all-around at 79.4, junior Rob Meyer posted a career-best 14.2 on rings and senior Nick Van Dyke also posted a collegiate-best on rings with a 13.95.

The Tribe continues its road stretch with a women’s quad meet hosted by Towson this Friday and a men’s tri-meet hosted by Army this Saturday.