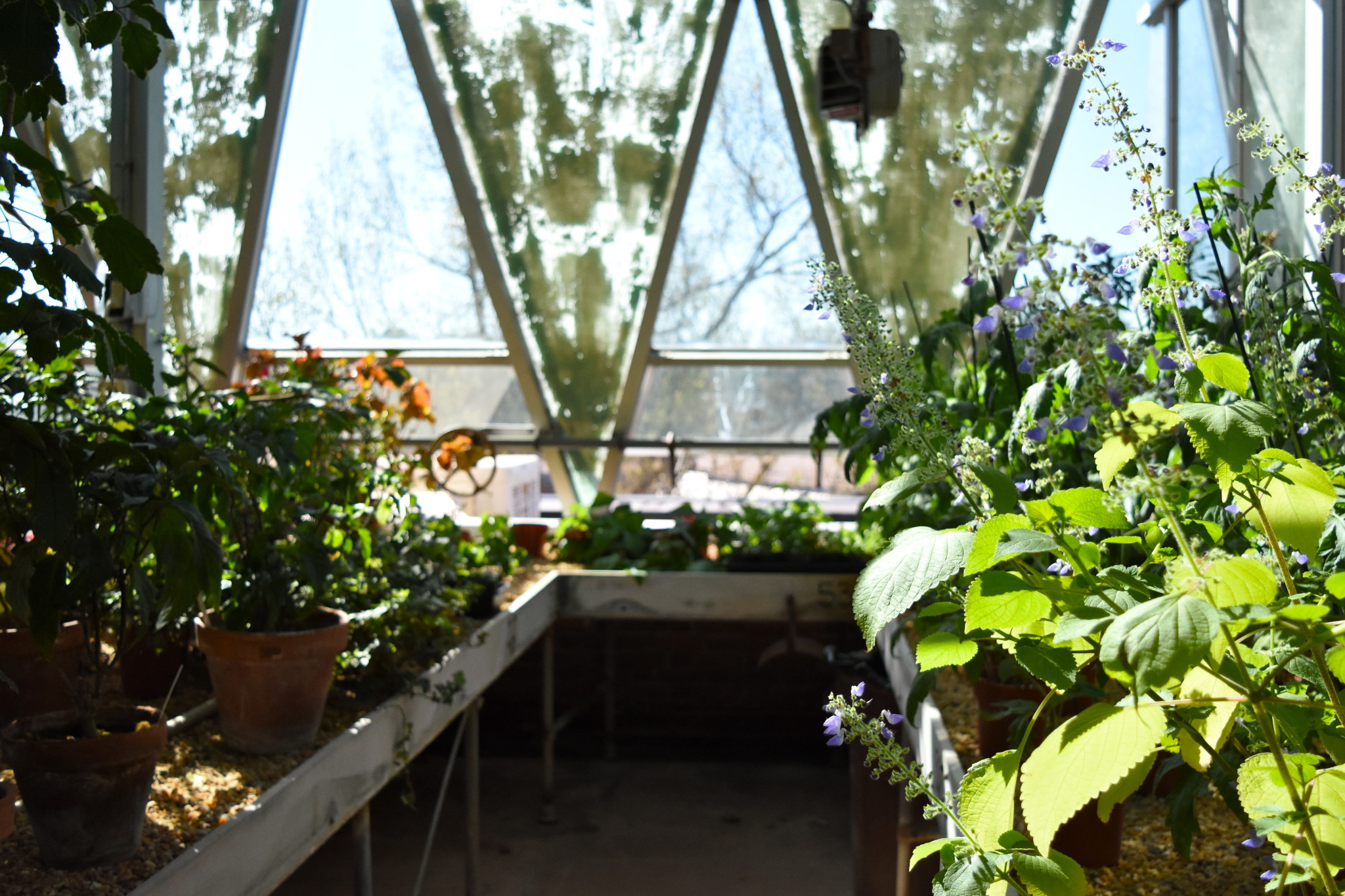 The gloomy Williamsburg sky brightened for a moment as students gathered on the roof of Millington Hall for the greenhouse goodbye party March 18.

The greenhouse has been a hidden gem tucked away on the fourth floor of Millington Hall since its construction in 1969. Next semester, however, Millington is being torn down, and the greenhouse will be relocated to the roof of the new Integrated Science Center.

The old greenhouse’s farewell party kicked off at 2:30 p.m. Friday. Attendees took self-guided tours of the greenhouse while listening to live music and enjoying refreshments. The musical line-up included Greg Taylor, the Appalachian Music Ensemble and a band fittingly named Talk to Plants. Edible crickets were among the refreshments provided for those feeling particularly adventurous that day.

The greenhouse itself is like a tiny maze of botanical wonders that satisfy the senses. The hundreds of green plants provide a visually appealing backdrop for photos. Visitors can smell the soothing scents of the ginger plants or the lemon eucalyptus tree. Pair these features with nice weather and, according to student volunteer Rachael Carlberg ’17, the greenhouse becomes the perfect place to go to escape.

The plants are organized in a few different ways. Some, like the cacti and succulents, are grouped by type. Other plants are paired together to ensure that they receive the proper amount of sunlight and shade.

Relocating the greenhouse from Millington will mean leaving behind a long history. When it was first built in 1969, faculty were excited about the new location. Professors had trouble growing plants that needed a lot of sunlight in the previous ground-floor greenhouse, so the rooftop location was ideal. An article in the 1972 edition of William and Mary News even called it the College’s “penthouse.” It became a popular location for the William and Mary Faculty Club to hold brunches and cocktail parties in the late 1970s.

According to volunteer Janhavi Giribhattanavar ’17, during homecoming weekend, alumni sometimes come back to the greenhouse to see if some of the plants they grew in their botany classes are still there.

“I love seeing the new growth on the plants, like when there are new leaves and new flowers,” Giribhattanavar said.

Student involvement at the greenhouse is not limited to working and volunteering. The William and Mary Botany Club uses the greenhouse to hold meetings and conduct club projects.

Students and faculty also use the greenhouse for research. Joshua Puzey, an assistant professor who specializes in plant development, biomechanics and genomics, described some of the current research projects.

I love seeing the new growth on the plants, like when there are new leaves and new flowers.

In the past, the poor climate control in the Millington greenhouse has made research difficult. The new greenhouse will include better heating, cooling and light intensity control systems.

Though the new greenhouse will create a more research friendly environment, both Carlberg and Giribhattanavar said they will miss the old charm of the Millington greenhouse. Older plants have begun to grow into benches and onto the brick walls. The roots of some plants have even shattered and engulfed the outsides of their pots. Giribhattanavar says she regrets that they will not be able to take these plants with them to the new greenhouse.

Still, there are other benefits to the new location. Carlberg says she often felt students didn’t visit the Millington greenhouse because they didn’t know it existed. She is hopeful that more people will come visit the new one once it opens.

“I’m really excited that it really has a little bit more of a central place on campus,” Carlberg said. “It’s a lot more visible on top of the ISC. People are seeing it being built. I hope that it becomes more of a popular spot and that new students will come and see it.”