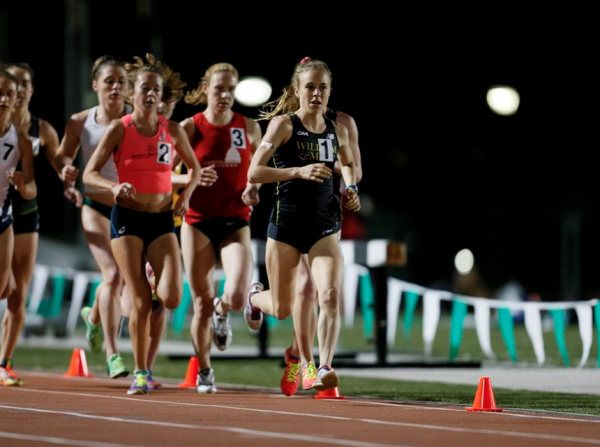 Both William and Mary men’s and women’s teams dominated over the weekend, each winning the CNU New Captains Classic in Newport News, Va.  The men’s team scored 257 points, the best performance out of the four Division I teams in attendance and far superior to the next closest tally of 121 points for Virginia Commonwealth. The women won by an even wider margin, posting 324 points to easily prevail over the 97 scored by the Rams, who finished in second.

All-American redshirt-senior Brian Waterfield had a tremendous meet, winning the hammer throw with an impressive distance of 66.87 meters. This mark beats his personal best, and the previous school record, by over 10 feet. Waterfield now ranks No. 14 in the NCAA this year and No. 15 on the U.S. Olympic Trials qualifying list.

Waterfield now ranks No. 14 in the NCAA this year and No. 15 on the U.S. Olympic Trials qualifying list.

Sophomore Davion Hutt was also a double winner, as he took the 100- and 200-meter sprints and qualified for the IC4A meet in both. Junior Alex Hedrick won the decathlon with 5,835 points, while redshirt senior John McGrath finished second with 4,605 points. Senior Jomar Aryee won the 400 meter hurdles with a time of 55.74 seconds, the ninth victory for the College over the weekend.

The Tribe women also got off to a fast start on Friday. Sophomore Leia Mistowski continued her hammer throw dominance by picking up a win and an ECAC Championship qualifier with a throw of 51.42 meters. Redshirt-junior Rochelle Evans topped her previous lifetime-best by a whopping 3.8 meters with a throw of 51.38 meters, finishing in second place while qualifying for ECACs.

Redshirt-junior Rochelle Evans topped her previous lifetime-best by a whopping 3.8 meters with a throw of 51.38 meters, finishing in second place while qualifying for ECACs.

Saturday, Evans continued to dominate the field. She won the discus event with a throw of 45.17 meters, qualifying her for the ECAC meet in this event as well.

Senior Breanna Brukalo had a strong performance, winning the 400-meter hurdles in 1:03.36 and finishing fourth in the 200-meter dash. In her first race since October, senior All-American Emily Stites won the 3,000-meter run in 9:57.27.

After its strong performance at Christopher Newport, the Tribe sends athletes to both the Virginia Challenge in Charlottesville, Va. and the Duke Invitational in Durham, N.C. next weekend, competing both Saturday and Sunday, April 22-23.