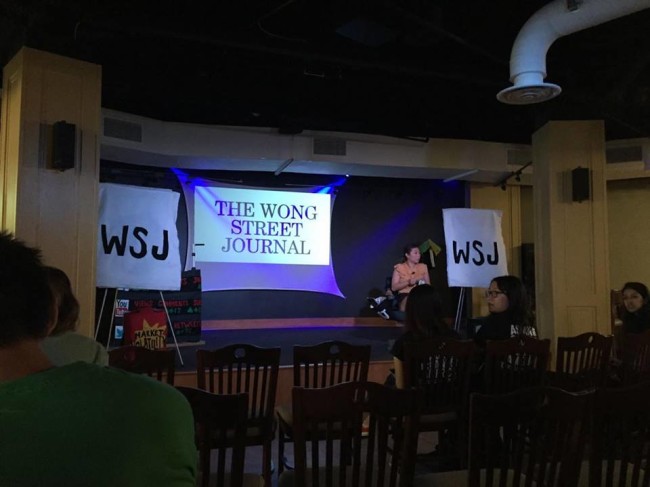 Seven years after the first student with a self-designed major in Asian and Pacific Islander American Studies graduated, the College of William and Mary’s faculty of arts and sciences will vote to approve a new APIAS minor program this May.

This move follows a strong push and years of work from students and faculty.

According to Pallavi Rudraraju ’17, a student who played a crucial role in promoting the program, the new Asian and Pacific Islander American studies minor will differ from the currently available Asian and Middle Eastern studies program.

“AMES is geographically based and rooted in Asia, but APIAS follows the Asian Pacific Island diaspora into America and all over the world,” Rudraraju said.

Rudraraju said that classes that would fall under the APIAS label have been taught at the College for some time, but they have been hard to find when registering for classes because they were listed under a variety of different subjects instead of being collected in one group.

“These sorts of courses have been incredibly popular,” Rudraraju said. “But for there to actually be a code on Banner for APIAS — that is incredibly important.” (Ed.’s Note: The banner acronym is APIA).

These sorts of courses have been incredibly popular,” Rudraraju said.

APIAS will be an interdisciplinary minor, incorporating courses cross-listed in a variety of departments, including theater, English and American studies.

To Jin Hyuk Ho ’16, this broad range of courses is an essential part of APIAS, as he said that he sees the program as a way to learn about the varied aspects of life as an Asian American. He also said that the existing courses with potential to be cross-listed were crucial to the development of the minor.

“If the courses weren’t there in the first place, the minor wouldn’t be a possibility,” Ho said. “This interdisciplinary aspect of APIAS is inherent in what it means to be Asian American.”

Ho and Rudraraju are both active in the Asian American Student Initiative and are also both self-designed APIAS majors.

The two worked with theatre and Africana studies professor Francis Tanglao-Aguas to spearhead the creation of the APIAS minor. The group met with deans, professors and the educational policy committee to explain why creating the program was important to them.

“The hardest part was sitting down and telling our stories,” Ho said. “Even though it was exciting, it was also taxing.”

Tanglao-Aguas said that even though it took a lot of work, pushing for this program was important to him and benefits the College community.

“I persevered in building this program not only because it forms the core of my scholarship and creative work of building community through theatre and film[,] but also because it is my responsibility as a good citizen who cares about everyone,” Tanglao-Aguas said in an email.

Although the ultimate goal is for the program to become a major, Rudraraju said the minor is an important step in that direction because it builds student interest and faculty involvement.

“The second we establish a minor, we are going to have at least one core professor,” Rudraraju said. “As long as we have that, I am so confident that a lot of other professors will step up.”

According to Ho, the biggest obstacle separating the minor program from a potential major program is money. Nevertheless, he said he is confident that if students continue to take APIAS classes, the College will continue to offer them and the program will continue building.

“Now that we have a minor, the school now has to worry about it, now the school has a responsibility to these types of courses,” Ho said. “Ever since the beginning, even before the minor, the biggest thing was student involvement. There has to be student interest before it can go anywhere.”

Now that we have a minor, the school now has to worry about it, now the school has a responsibility to these types of courses,” Ho said.

The minor has been approved by the educational policy committee, and now only awaits the vote from the faculty of arts and sciences. Those involved are confident that it will pass this vote and be made an official minor at the College.

After working on it so long, establishing this program has come to have a personal importance for those involved.

“It’s so much more than a minor,” Rudraraju said. “It’s about having a more comprehensive and wholesome field of studies.”