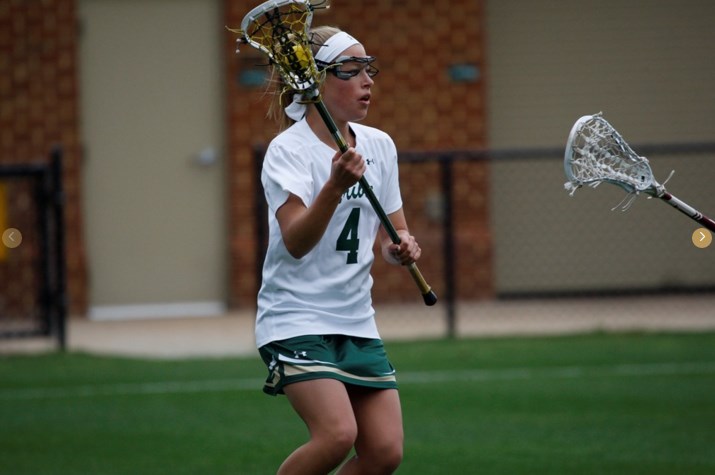 William and Mary once again had a rough weekend, dropping two more Colonial Athletic Association games to push their losing streak to five. Friday, the College faced a tough test against No. 18 Towson on the road, ultimately falling 13-7. Sunday, Delaware blew out the Tribe 17-7 in its final road game of the season.

At the start of Friday’s game, the College (6-9, 0-5 CAA) appeared to be up for the challenge against a top-20 opponent. Junior midfielder Shannon Quinn put the Tribe on the scoreboard first with an unassisted goal at the 26:45 mark in the first half. The Tigers (12-3, 5-1) struck next, scoring two straight to gain a 2-1 lead.

Over a six-minute span, the College had one of its best stretches of the season, scoring three straight goals.

Over a six-minute span, the College had one of its best stretches of the season, scoring three straight goals. Junior attack Danielle Palmucci was instrumental during the run, scoring a goal and picking up two assists. At the 17:33 mark, Palmucci scored unassisted for her sixth goal of the season to knot the score at two. Palmucci then found freshman attack Eloise Gagnon with a beautiful pass to set up a goal and give the Tribe a one-goal advantage. Three minutes later, Palmucci picked up another assist with a pass to senior attack Zoe Boger, who finished with poise to give William and Mary a 4-2 lead.

After a Towson goal, sophomore attack Meaghan Brophy scored unassisted.  From there, the final six minutes of the half were a disaster for the College. The Tigers flexed their muscle, scoring three straight to take a 6-5 lead into halftime.

The Tribe never would recover from its halftime deficit. Sophomore midfielder Abby Corkum scored after two early second half Towson goals with 20:34 remaining. Quinn scored another unassisted goal for the College with 8:40 remaining, but that would be all for the Tribe’s scoring as the Tigers finished on a 4-0 run to win 13-7.

Towson finished with 25 shots, compared to 18 for the College. Furthermore, the College lost both the turnover and ground ball battles.

The Tribe could not match its strong Friday start Sunday, as it quickly fell behind 5-0 against the Blue Hens (5-9, 2-2). The College didn’t manage to get on the scoreboard until Quinn scored unassisted at the 13:37 mark. After another Delaware goal, Palmucci brought the Tribe back within four, 6-2, after scoring unassisted. Another pair of Blue Hen goals extended their lead to six before freshman midfielder Maddie Torgerson scored unassisted with under a minute to play in the first half.

Delaware again got off to a quick start, scoring two straight before freshman defender Hannah Ryan scored at the 22:55 mark to cut the deficit to six, 10-4.

The halftime score of 8-3 only worsened for the College in the second half. Delaware again got off to a quick start, scoring two straight before freshman defender Hannah Ryan scored at the 22:55 mark to cut the deficit to six, 10-4. Junior defender Abby Junior scored after another pair of Blue Hen goals to make the Delaware lead 12-5 with 19:02 remaining in the game.

Torgerson added another goal with 10:27 remaining to keep the Tribe within eight, 14-6. The College’s final goal came with just six seconds left, but the outcome had been long decided when sophomore defender Cameron MacDonald scored unassisted to make the final scoreline 17-7.

The Tribe again faced a huge deficit in the shots chart, as they shot just 16 times compared to 37 for the Blue Hens. The College was also bested in draw controls and ground balls, all while turning the ball over more than Delaware.

The Tribe will look for their first conference win in the regular season finale when they host Elon for senior day Saturday at noon.