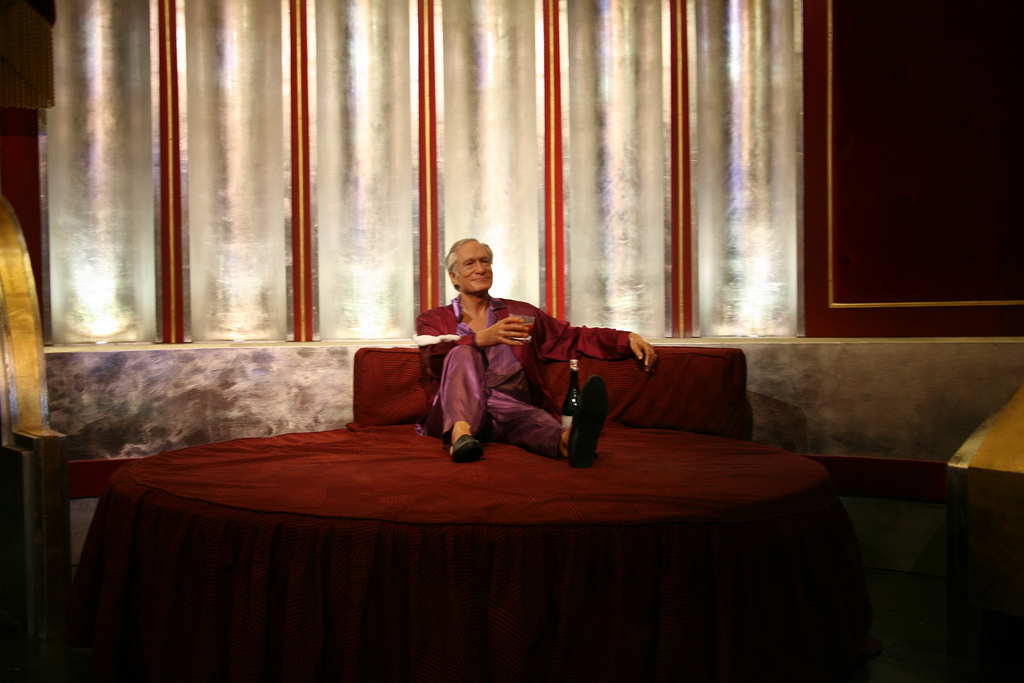 The other day I was thinking about how on Tinder — and pretty much every other dating app — one has the option of adjusting their age limitations when swiping left or right. While I am totally in support of this feature, it made me think of my favorite ol’ phrases, “snatching the cradle” and “robbing the grave.” Sure, I’ve talked about how problematic it can be when age is completely disregarded in a relationship, especially one that involves someone underage, but I’ve never really considered the issue of intergenerational dating in general.

We’ve probably heard about the lil’ math equation that lets you know if you’re dating someone “too young”: simply take half your age then add seven. On its own, this trick isn’t exactly fool-proof. What’s truly troubling to me is how the older partner is usually assumed to be a man. Think about it; women with younger partners are typically labeled as cougars and stereotyped as being more like hunters than breathing, thinking and feeling human beings. And as for men having younger partners … I think Hugh Hefner’s legacy speaks for itself.

When I brought up my little observation to a friend, he pointed out that in queer relationships, dating older or younger isn’t nearly as much of a big deal. He doesn’t feel like he is restricted to only dating men younger than him and isn’t necessarily turned off by the advances of an older dude. The societal pressure just isn’t the same.

Maybe it’s because traditional (read: heteronormative) gender roles aren’t necessarily in play when your partner is the same sex as you are. Maybe it’s because queer dating pools tend to be smaller than their heterosexual counterparts in certain areas, so pairing up with someone with a ten-year age gap from you is no big deal. Whatever the reason may be, it seems to me that the expectation of a woman being the younger one in a relationship is sexism hiding in the shadows.

You could probably unpack this whole idea of age standards, citing the historical — and in some cultures, contemporary — tradition of men wedding significantly younger brides, but I don’t have the history degree or the word count to do this without sounding like an uneducated heathen. Ultimately, I think we all need to consider the fact that the younger woman/older man duality is an aspect of traditional and outdated gender roles that all of us who engage in heterosexual relationships unknowingly adhere to.

Age standards in heterosexual relationships might be a small issue if you’re comparing it to larger issues of racism, sexism and homophobia in the dating world, but they’re still worth considering. I, for one, am totally guilty of holding myself to a standard of only dating older partners. Society glorifies men of a certain age and it certainly made me believe that dating someone younger than me was a no-go. But as someone who talks a big game about defying gender roles and sexism, it’s time I start stepping outside of the socially-constructed comfort zone of only seeking partners 21 years and older.

However, if you’re reading this, you’re probably a college student just like me and your current dating pool doesn’t really include many individuals much older or younger than you are. It also becomes even more complicated because as college students we’re in such a transitional period in our lives. It’ll be difficult to, as a 21-year-old,  find someone who’s 24 and has the same life experience, goals or even values that you do. So, maybe this whole age thing isn’t as big of a deal right now, after all. But, as we make that transition into the real world, whether it be in four years or four months, it’s probably important to consider that age is sometimes actually just a number.

Mallory Walker is a Behind Closed Doors columnist who is getting ready to update her Tinder age settings post-graduation.