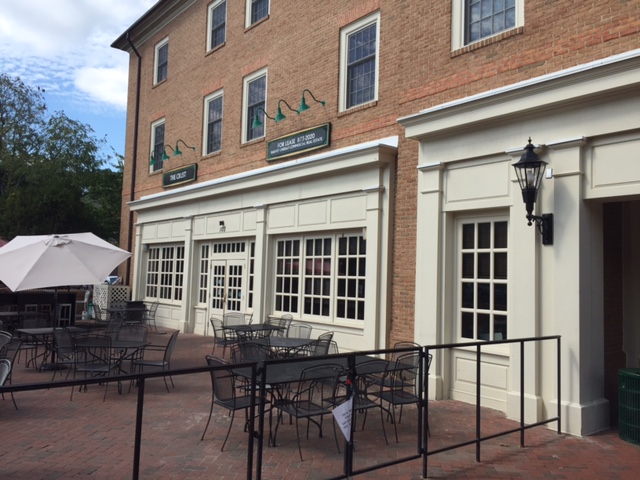 For many students, the closing of Mooyah this summer created an unsettling stir upon their return to campus in August.

When Mooyah closed down, the number of places students can spend their Dining Dollars decreased. Last year, it was one of three businesses open to students in Tribe Square.

In addition to The Crust, Pita Pit, and the now-closed Mooyah, Tribe Square used to house a Subway, which closed in June 2014. Although Tribe Square is located near main-campus, two restaurants there have closed in the last two years.

One common theory is that Dining Dollars — also referred to as Flex — has negatively affected these establishments’ ability to be profitable because businesses cannot tax purchases made with Flex.

Crust Manager Michael Poissant said he doesn’t think that the use of Flex is the issue.

The majority of our business is college students,” Poissant said.

“The majority of our business is college students,” Poissant said. “When students aren’t here, our restaurant generates no revenue.”

Sodexo, the company responsible for the College’s dining services, has a contract with the restaurants in Tribe Square.

The restaurants keep a record of how many students pay for their meals with Flex, and Sodexo covers the cost of the food.

In addition, as part of the negotiations, Sodexo gets a percentage of the money that Tribe Square restaurants make serving students.

“For every dollar that a student spends here, 17 cents kicks back to Sodexo,” Poissant said. “[The money that the students spend] goes directly into our account and at the end of the month we write a check to Sodexo.”

Of the four spaces in Tribe Square that can house restaurants, the two spaces facing the back of the building have been the least successful.

Senior Vice President for Finance and Administration Sam Jones said that the location of these restaurants play a big role in their business.

“I think it is as simple as it’s out of sight, out of mind,” Jones said. “There was a lot of survey work done of students, saying, ‘What kind of things do you want?’ and basically every student said they wanted more variety. So the William and Mary Real Estate Foundation looked for clients … they looked for things that were a little bit different.”

Although the Real Estate Foundation is looking for new restaurants to fill the vacancies in Tribe Square, Jones said that many businesses are hesitant to rent open spaces because they face the back of the building instead of Richmond Road.

We absolutely [are looking for new restaurants],” Jones said.

“We absolutely [are looking for new restaurants],” Jones said. “Our preference is whatever we think would serve and be of interest to students.”

According to Rachael McCarthy ’19, Mooyah shutting down was upsetting because it limited her dining options.

“I think we’re really limited to the dining halls,” McCarthy said. “We don’t have a lot of sources for quality food in the area.”

McCarthy said that she would like to see Mooyah replaced with a Chick-fil-A or a Taco Bell, or anything that is relatively inexpensive and healthy. She said she wanted options that were not dining halls to make better use of her Flex dollars.