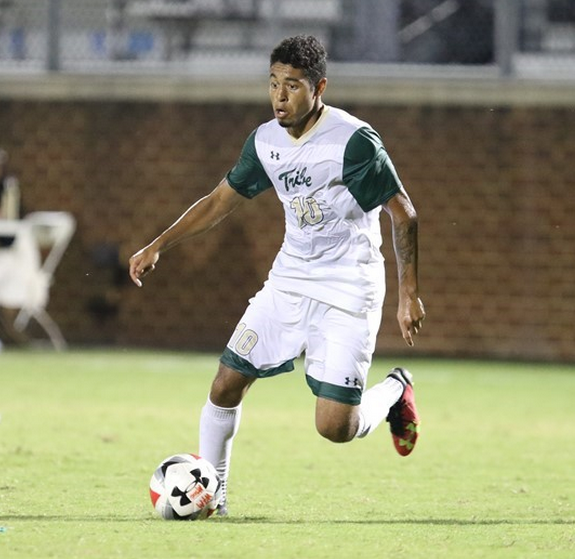 Just four minutes into Friday’s match, William and Mary looked completely and utterly dysfunctional. Down 1-0 after an own goal, the College easily could have folded and suffered a lopsided road defeat. Instead, the Tribe rallied behind strong defensive work from redshirt junior goalkeeper Phil Breno to salvage a 1-1 tie against Colonial Athletic Association opponent North Carolina-Wilmington.

At the three minute, nine second mark of the first half, the Seahawks (5-1-1, 0-0-1 CAA) crossed the ball, which was deflected off a Tribe defender and into the bottom right corner of the net. Immediately after falling behind, the College (5-3-1, 0-1-1 CAA) offense woke up and began the attack.

Sophomore midfielder Marcel Berry was aggressive throughout the contest. In the 23rd minute, he drove down the left side of the 18-yard box before being brought down by a UNC-Wilmington defender, drawing a penalty.

In the 35th minute, the Tribe nearly took the lead, again off another UNC-Wilmington foul. Freshman forward Reeves Trott was taken down just outside the 18-yard box, giving Bustamante a second free kick opportunity. This time he opted to shoot, but his effort went just over the upper left corner to leave the game tied.

The Tribe offense was not nearly as threatening in the second half, as it managed only one shot, which came off the foot of junior forward William Eskay and was saved by the Seahawks’ keeper.

However, the Tribe defense was strong as it faced an onslaught of UNC-Wilmington shots in the second half, particularly redshirt-junior goalkeeper Phil Breno. In the 60th minute, he made a critical save on a bending shot that was curving towards the left side of the net.

Breno came up with two more important saves in the final minutes of the second half. In the 86th minute, he reacted quickly to block a hard shot from inside the box to keep the game tied at 1-1, where it remained for the rest of regulation.

The subsequent overtime periods featured just one combined shot, which came from UNC-Wilmington. Breno once again came up with a save, this time after a header off a free kick. The game remained tied at one as the final horn sounded for the season’s first draw. Head coach Chris Norris was proud of his team’s resilience.

The College continues CAA play against in-state rival James Madison Wednesday. The game is to be held at Martin Family Stadium in Williamsburg with kickoff at 7 p.m.