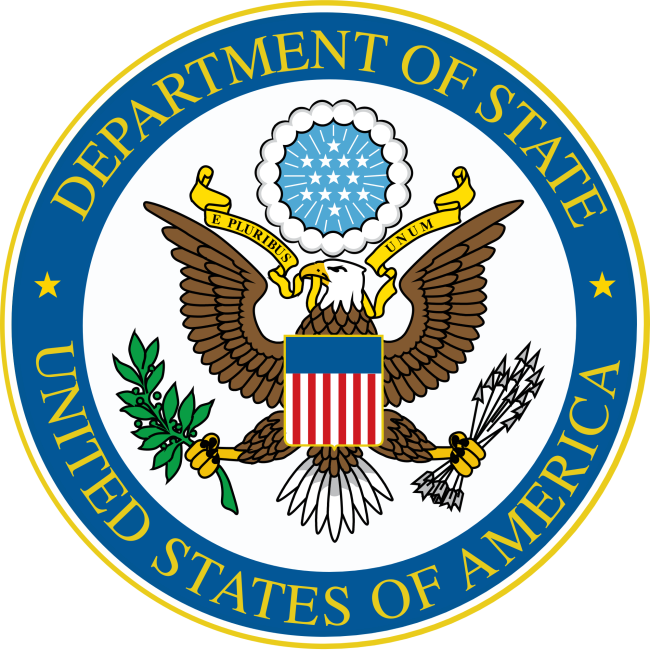 Through a digital internship with the U.S. Department of State, Brooke Cox ’19 is learning to mobilize her community around the Syrian refugee crisis.

The Virtual Student Foreign Service program, which allows students across the United States to get involved in virtual projects with the Department of State, was first announced in 2009 by Hillary Clinton in a commencement address to New York University. In the address, Clinton called for young students to get involved in public service across the country. This initiative is part of the Department of State’s effort to update its mentoring process for the 21st century through digital programming.

According to Asha Beh, a member of the public relations team for VSFS, the program began with traditional Department of State interns working on 44 different projects from Washington, D.C.

Since then, the program has grown to about 800 students from across the United States, working on a variety of projects.

One endeavor by VSFS in a foreign service capacity was in China. The U.S. consulate in Guangzhou aimed to perform a study on pollution in the region.

However, due to Chinese restrictions on internet access to certain websites, it became difficult for the consulate staff to acquire data.

To bypass this issue, the consulate had eInterns through VSFS conduct research domestically.

Bringing foreign service closer to home, Cox has been working on a project known as No Lost Generation, which looks to heighten awareness regarding the status of refugees. This particular project has over 70 students at 35 different campuses across the country.

Cox is currently working to develop a branch of No Lost Generation on campus at the College of William and Mary. In this role, VSFS provides her with flexibility to design this project in a way she thinks would be most impactful. Moving forward, Cox said she hopes to establish connections with the City of Williamsburg City Council and other Virginia state schools to heighten awareness on the status of refugees.

The VSFS program has expanded far beyond the Department of State, with over 30 participating agencies across the government.

These agencies range from the Central Intelligence Agency to the Smithsonian Institution.

Sherifa Atwa ’17 is involved with educational outreach in the United States Geological Survey, a particular agency working with the VSFS program. She works with two other interns, one stationed in Washington, D.C. and the other in California. The team works together to develop a series of lesson plans to be used by USGS scientists to introduce geology to students in K-12 schools.

Atwa said she sees a clear link between the work VSFS allows her to do and a future career path.

“I’m primarily focused on education outreach in the geosciences,” Atwa said. “I’m a geology major and an environmental science minor, and my main interest is environmental justice and just educating and creating a more diverse and productive geosciences workforce.”

Atwa said she sees her work as beneficial to minorities, the populations least likely to become involved with the geosciences.

“[Getting more people involved] starts with reaching out to these diverse populations and these underrepresented populations within not only STEM but also within Geosciences and creating lesson plans as a person of color,” Atwa said.

Connor Glendinning ’19 is engaged in social media outreach as an intern with the Office of the Historian for the Department of State. In this role, he sorts through volumes of documentation and identifies pieces pertinent to current events.

Glendinning takes these articles and summarizes them into 140 characters, preparing tweets for the Office of the Historian to send out. He said that the work has taught him to skim materials and make quick judgements.

Erica West ’17 is also engaged with social media, but works with the VSFS directly. She works on the Communications and Social Media team, specializing in using social media to spread the word about the work being done by the eInterns.

“I see it as an opportunity for people around the world, and specifically the United States, who are expected to have internships, but don’t always have the means to do internships,” West said of her non-traditional role in the Department of State.

West and Beh both discussed how many students, when interning with the Department of State, are required to move to Washington, D.C. or overseas. With VSFS, however, that cost and travel is eliminated, making the government more accessible to students passionate about public service.