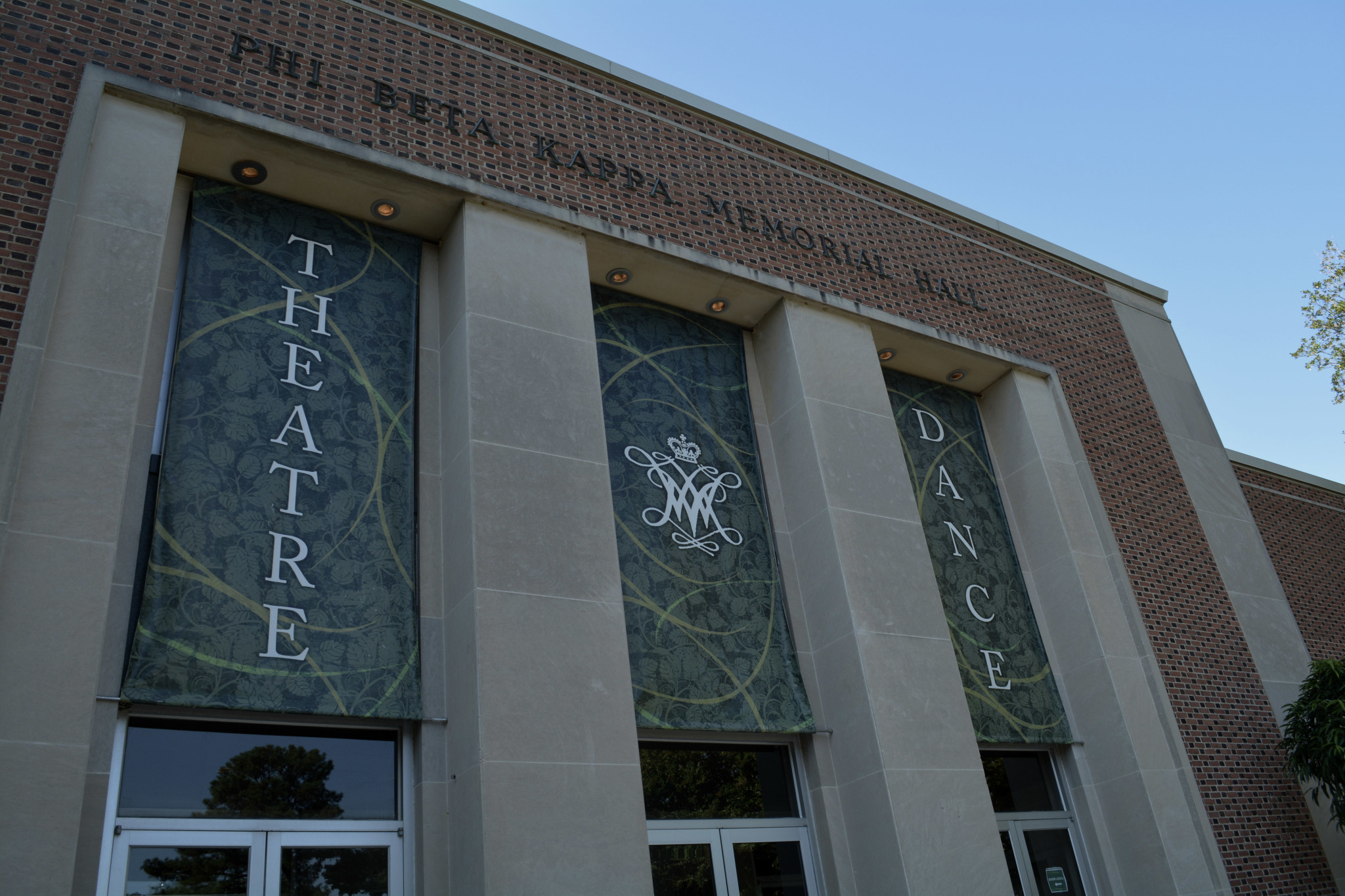 In the Spring 2017 semester, William and Mary Theatre mainstage productions will feature only one lead female role.

Next semester, the College of William and Mary’s theater, speech and dance department will be presenting two mainstage productions: “Asuncion” and “Baskerville.” Both shows will have relatively small casts, “Asuncion” with four characters, and “Baskerville” with nine projected characters. In both plays, the number of male students cast will outnumber the female students, despite the fact that typically far more women audition for productions than men. This can make it difficult for even talented female students to gain valuable acting experience in a mainstage production.

Madelaine Foster ’18, who is involved in the Theatre Department, has observed that generally far more females audition for productions than men.

“The audition sheets that you look at, the degree to which women outnumber men is kind of insane,” Foster said.

This high turnout reflects enthusiasm among actresses on campus; however, these actresses often have to compete for just a handful of spots.

Haley Wenk ’18 has been involved with the Theater Department since her freshman year, working mostly on the technical side, however she is now playing the part of a young boy in the current mainstage production, “The Addams Family.” She said that talented students she knows have struggled with limited female roles in mainstage productions.

“I have good friends in this department who want to pursue acting who are women and have never been cast in the mainstage,” Wenk said.

“I have good friends in this department who want to pursue acting who are women and have never been cast in the mainstage,” Wenk said.

“I was like … I can cast seven women — that could be really cool and there are so many women in this department who are incredible who deserve to act, who I want to act for me and I thought it was really awesome to be able to have the opportunity to involve all of them, because they need to be involved, they deserve to be involved,” Duerr said.

Even though these other productions can be great for skill-building and collaboration among student actors and directors, students believe that participation in mainstage productions tends to be more highly-regarded among future employers and provide a more professional learning experience. In a mainstage production, students have the chance to perform in front of a larger audience and be led by acting and theatre professionals, culminating in what could be deemed a generally more professional experience.

Sometimes mainstage productions expand cast size or gender-bend the script’s characters. Chair of the theatre, speech and dance department Christopher Owens predicted a possible expansion of the cast of “Baskerville,” and cited a history of cast expansion and gender-reversing, including “The Laramie Project” and “Addams Family.”

Such expansions have allowed for more students — particularly female students — to gain mainstage experience. However, such expansions are not always the case. The play, “Oresteia” directed by professor Richard Palmer, included three female roles. Queen Clytemnestra, the lead female character in the production, was played by male theatre professor Francis Tanglao-Aguas. Tanglao-Aguas said he recognized that this took a part away from female students trying to be cast on the mainstage, but believed that there were benefits to him playing that part in place of a female student.

“I just played Queen Clytemnestra in The Oresteia directed by [professor] Palmer,” Tanglao-Aguas said in an email. “(Now I know that took a role from a woman student but the director took the opportunity cost to provide the students the experience of having them act with a professional actor. In turn, I hope they saw how I took risks in crafting the role, where I also made mistakes in front of them without being ashamed etc. It had been more than 30 years since a male faculty did a female role so it is not done that often.)”

Next semester, male students will be able to audition for more roles than their female counterparts. One of next semester’s mainstage plays, “Asuncion,” has a single female character that has been set aside for an Asian female student. This designation for diverse casting and messages about diversity in the play reflect the theatre, speech and dance department’s consideration about racial and ethnic diversity on campus. But overall, a number of women auditioning for next semester’s productions could be competing for just a handful of spots.

“I think what it really comes down to, that in terms of the canon and playwriting and finding good plays to produce — there just aren’t that many roles for women,” Duerr said.

“We as a [department] are very conscientious about the fact that we have more women in the casting pool so we try to strike a balance,” Tanglao-Aguas said in an e-mail. “It is not often that a play [only] needs three white men and one Asian woman (Filipino) but we do it [because] in the balance there are opportunities allowed by the play not done by other plays.”

The fewer number of female characters in productions goes beyond the College’s theatre, speech and dance department, according to Duerr. She notes that “Top Girls” was an exception, that there tend to be more interesting roles for men in theatre plays, which may explain why the department often ends up choosing plays with more male characters than female.

“I think what it really comes down to, that in terms of the canon and playwriting and finding good plays to produce — there just aren’t that many roles for women,” Duerr said.

Owens stressed that the faculty has tried to move away from a more director-centric play selection process, and more prominently consider the three “constituencies” of the faculty, students and audience when selecting plays, among other factors, such as variety of roles. He cited that in addition, directing a mainstage production is a professor’s research.

Yet with a student body consisting of a number of ambitious and talented actresses, lack of many interesting female characters and roles offered could affect their chances of being cast, especially in the spring mainstage productions. Wenk noted the potential helplessness that female students trying to be cast in a mainstage production face.

“If you’re a little bit of an unconventional actress and the parts aren’t there and we’re not picking plays that have strong female casts, then what can you really do?” Wenk said.

However, students laud the supportiveness and progress-oriented nature of the theatre, speech and dance department, and are optimistic about the future.