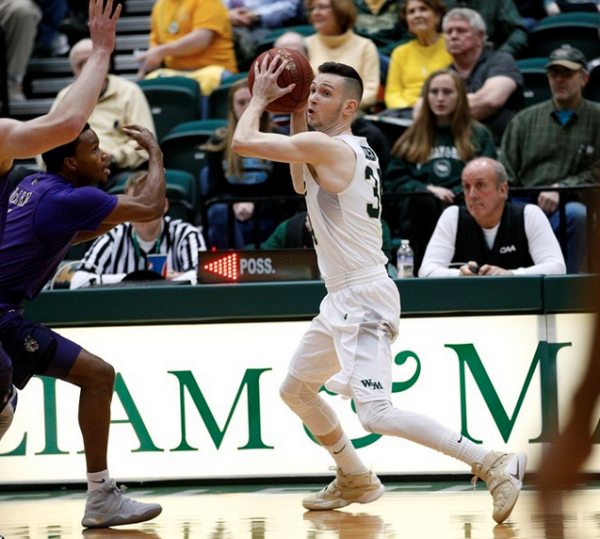 After being down 10 with six minutes and two seconds left at Elon, William and Mary rallied to tie the game. However, Elon outscored the Tribe 13-4 the rest of the way en route to a 71-62 victory.

The Tribe (9-9, 3-4 CAA) took an eight-point lead into halftime after holding Elon (12-9, 4-4 CAA) to a season-low 22 first-half points. The Phoenix shot 22.6 percent in the period, while the Tribe only hit 11 of 36 shots. Junior guard Connor Burchfield and senior forward Omar Prewitt led the way for the College with eight and seven, respectively.

However, the tide turned as the second half began. Right off the bat, a 12-4 Phoenix run tied the game, followed soon after by a 9-2 spurt, paving the way to a 10-point Elon lead. Phoenix guard Dainan Swoope led the charge for Elon, with 17 points in the half.

The Tribe did not score a field goal for a stretch of 7 minutes, 20 seconds in the second half, giving the Phoenix a chance to take control. The Tribe only had three assists while turning the ball over six times after halftime.

“Any time we have more turnovers than assists, we’re not going to win basketball games,” Shaver said to Tribe Athletics. “I just think we made the wrong decision frequently tonight.”

Due to a shoddy offensive performance and a spotty defensive showing in the second half, the College found themselves down 56-46. The Tribe, though, had not thrown its last punch at the Phoenix. Back-to-back threes from redshirt sophomore forward Paul Rowley and junior guard David Cohn cut the lead to four quickly after the game was tied at 58 with 2:52 left, when senior guard Daniel Dixon completed a three-point play the old-fashioned way.

Momentum shifted nearly immediately, though, as Swoope hit a layup, plus the foul, to take the lead back for good.

“That was a key play to the ball game,” Shaver said to Tribe Athletics. “The ball was in the middle of the lane. Their guy dove for it and ours didn’t, and they got a three-point play out of it.”

Swoope would go 5 for 5 from the charity stripe from that point forward. He would also hit a three to effectively put the game away.

Prewitt was the high scorer for the Tribe, with 14 points. Pitching in with 13 was Dixon after scoring 36 against the Phoenix earlier this season at Kaplan Arena. Also in double digits was Burchfield, who finished with 12.

The Tribe return home for four games starting Jan. 26 against Delaware, looking to get back on track after losing three of its last four to conference foes.