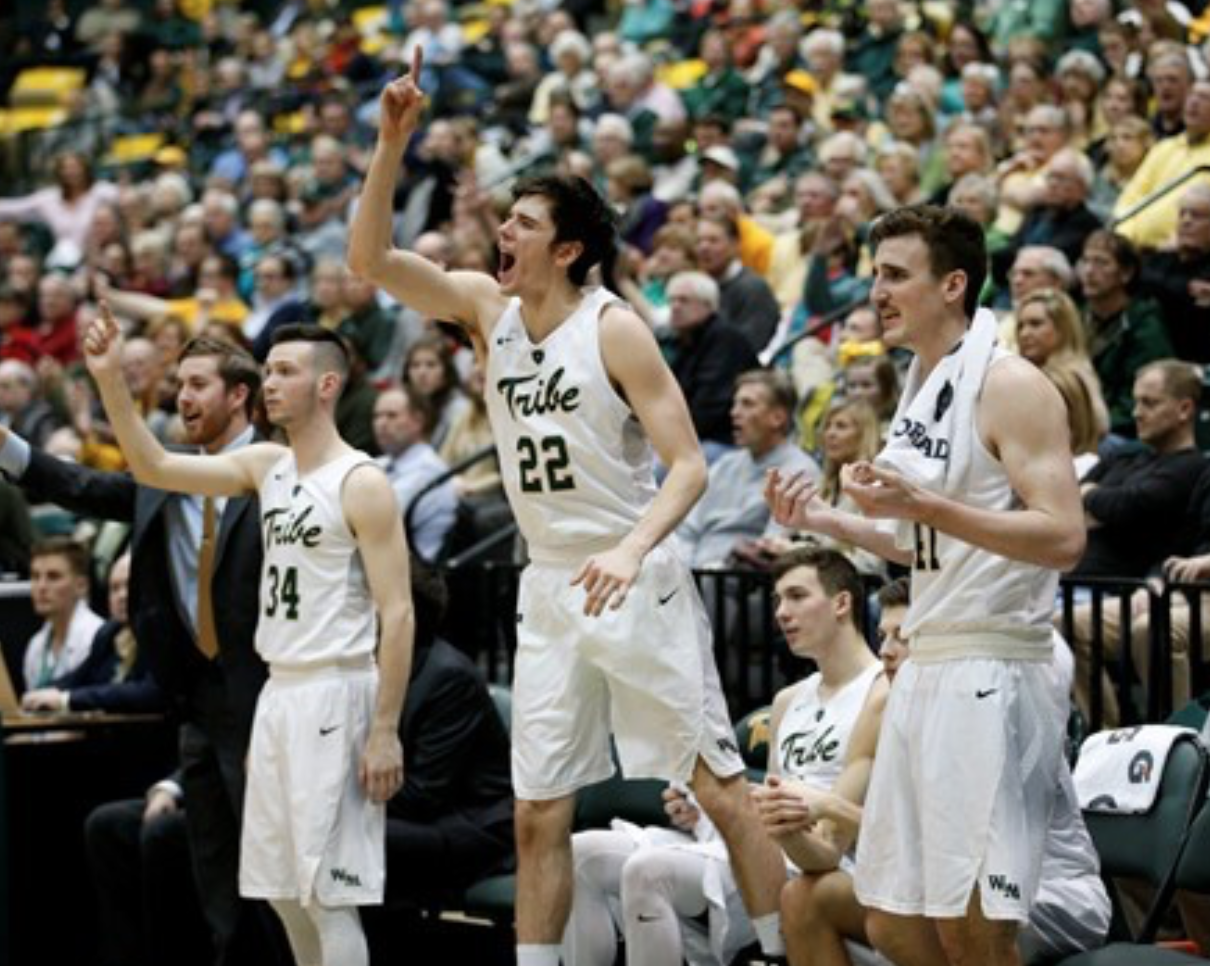 William and Mary returned home to Kaplan Arena Thursday night from a two-game road swing, attempting to even up its Colonial Athletic Association record against James Madison. Behind a career-high 14 points from redshirt sophomore Paul Rowley and a late free throw by senior guard Daniel Dixon to take the lead, the Tribe (9-8, 3-3 CAA) prevailed, 73-72, in an exciting, back-and-forth game.

After Dixon hit one of two from the line with seven seconds left to take a one-point lead, the Dukes (6-14, 4-3 CAA) had an opportunity to win the game. Following a timeout by each team, JMU rushed the ball up the court. The Dukes missed a tough layup and the ball bounced around until it ended up in the hands of JMU forward Yohanny Dalembert. Dalembert quickly put the ball up and made the shot. The officials originally counted the basket; however, after a video review indicated that the ball was clearly still in Dalembert’s hand as the clock hit zero, which nullified the shot and gave the Tribe a victory.

“I was a little concerned [the officials] might be calling a foul before the buzzer, but I was confident that the shot was after,” head coach Tony Shaver said, concerning the review. “My eyes are old, but not that old.”

The exciting ending was preceded by a game that was fun to watch, if sloppy at times. No team held a lead larger than nine in the contest. After the under-16 media timeout in the second half, the teams were never separated by more than four points.

“They’re a really big team, we knew that coming in, so we knew we’d have to be really physical, on the boards especially,” Dixon said. “I think we did a pretty good job with that.”

Dixon, who returned from an injury that forced him to miss the Tribe’s previous game against Charleston, was the leading scorer in the game with 18 points. Those 18 included a couple of threes and multiple big shots. Also contributing with double digits were senior forward Omar Prewitt, adding 12, and Rowley.

They’re a really big team, we knew that coming in, so we knew we’d have to be really physical, on the boards especially,” Dixon said. “I think we did a pretty good job with that.”

Rowley, although he didn’t start, was part of a second unit that kept the College in the game. The Tribe turned the ball over 11 times in the first half and was outscored 15-2 in points off turnovers in the stanza. Nevertheless, Rowley’s 11 first half points helped the Tribe climb back into the game after a 17-3 Dukes run reclaimed the lead for JMU at 30-21. Following a Rowley layup, the Tribe led 33-32, although the Dukes would lead 37-33 at the half.

“[Rowley] really played great. He had a lot of poise tonight,” Shaver said. “When he plays within himself and doesn’t try to do more than he’s capable of doing, he’s really good.”

After the half, the Tribe came out sluggish, turning the ball over twice in the first two minutes. Shaver immediately pulled all five starters in favor of the second unit.

“We have a lot of guys in that starting unit not doing what they’re supposed to do sometimes,” Shaver said. “That second group was terrific, I’m really proud of them. Proud for them, as well.”

The wholesale change would prove to be a turning point in the game, as the Tribe showed more energy for the duration of play and gained momentum moving throughout the second half.

That energy was felt throughout Kaplan Arena, as the crowd of 3,076 made its presence felt. Following a Prewitt layup to tie the game with little more than a minute remaining, the crowd was on its feet, roaring for its defense to make a stop.

“It’s nice and deserved [to be home],” Shaver said. “We’ve played six of our last seven on the road.”

The Tribe defense stood strong backed by the home fans, and on the next possession Dixon was fouled and made the game-winning free throw.

The College traveled to Elon for a tilt with the Phoenix at 7 p.m. Saturday. Then, the Tribe returns for a four-game homestand.