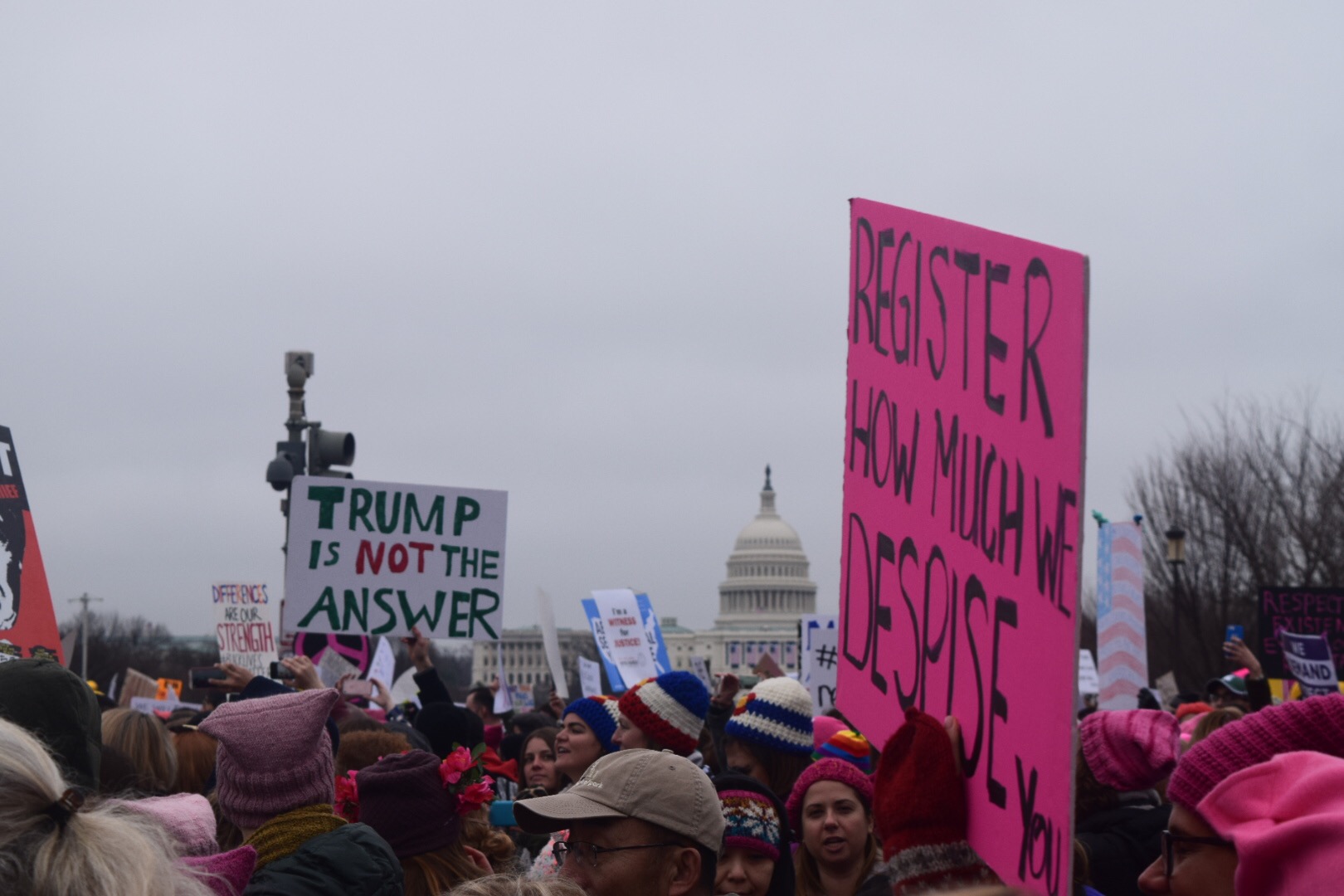 As a pro-life feminist, my identity is in itself complex and nuanced, though not contradictory, as many assume. A common critique that I have faced from friends and strangers alike is that being pro-life effectively disqualifies one from identifying as a feminist or engaging in valid feminist discourse.

The Women’s March on Washington proved for me to be yet another blow in the constant push-pull of identity politics that I experience on an everyday basis. I looked forward to the March with eagerness and excitement. I knew that the March was striving to be inclusive of people from all walks of life, looking to embrace and embody intersectional feminism, incorporating the issues of women of color, trans women, the LGBTQ community, lower- or working- class women, disabled women, immigrant women. Amid the idealism and vibrancy of these efforts to organize the March, the publicity I saw on social media,and the discussions I had with my friends, I never felt unsure, I never questioned that I belonged with these women, gathering to fight for social justice issues that I support passionately and wholeheartedly. I am pro-life. Being pro-life means that I am pro the life of every person, at every stage of life, from conception until natural death. I support a living wage, equal pay for women and men, affordable health care, generous and loving care for aged people, and I demand an end to every kind of discrimination – against queer people, people of color, people with disabilities, homeless and displaced people, and immigrants.

The March wasn’t really inclusive of women from all backgrounds, it just claimed to be. I felt that the March’s statement regarding its pro-choice platform effectively collapsed “women’s rights” into abortion services.

I am against all kinds of gender-based and sexual violence. My ideals and my desires, I thought, aligned perfectly with the platform of the March. Then I heard that New Wave Feminists, a pro-life feminist group, was removed from the list of official partners of the March, amid a storm of controversy and outrage expressed on social media. Several articles I have read on the subject show tweets posted from different people, calling the inclusion of pro-life partners “horrifying,”“nauseating,” and “embarrassing.” Roxane Gay, a feminist writer that I hold in high esteem, tweeted “That’s not how it works!”concerning the inclusion of pro-life views in intersectional feminism. Please, then, Dr. Gay, tell me how it does work. Because I know for certain that the way I live out my identity as a woman and as a feminist doesn’t depend on anyone’s affirmation for me to know that it is valid. The Women’s March on Washington then released an apologetic statement saying that the listing of New Wave Feminists as an official partner of the March was an “error.” A mistake.

I watched from afar and supported my friends marching on Saturday, even though my support may not have been welcome.

How convenient. This statement almost seemed like a betrayal. After all of the talk about inclusivity, welcoming, and intersectionality, for my participation to be actively discouraged was an enormous frustration. It all just seemed like lip service. The March wasn’t really inclusive of women from all backgrounds, it just claimed to be. I felt that the March’s statement regarding its pro-choice platform effectively collapsed “women’s rights” into abortion services. In order to be pro- women’s rights, one must be pro-choice.

This position is a disservice to all people fighting for equality. I watched from afar and supported my friends marching on Saturday, even though my support may not have been welcome. But this Friday, I will be participating in the March for Life in D.C., to fight for the protection and dignity of every human life. I am pro-life. I am a feminist. I will not be stopped, and I will not be silenced.

Email the author at Lauren Wagner at ldwagner@email.wm.edu