Home Opinions Guest columns A climate of support: finding a community at the women’s march 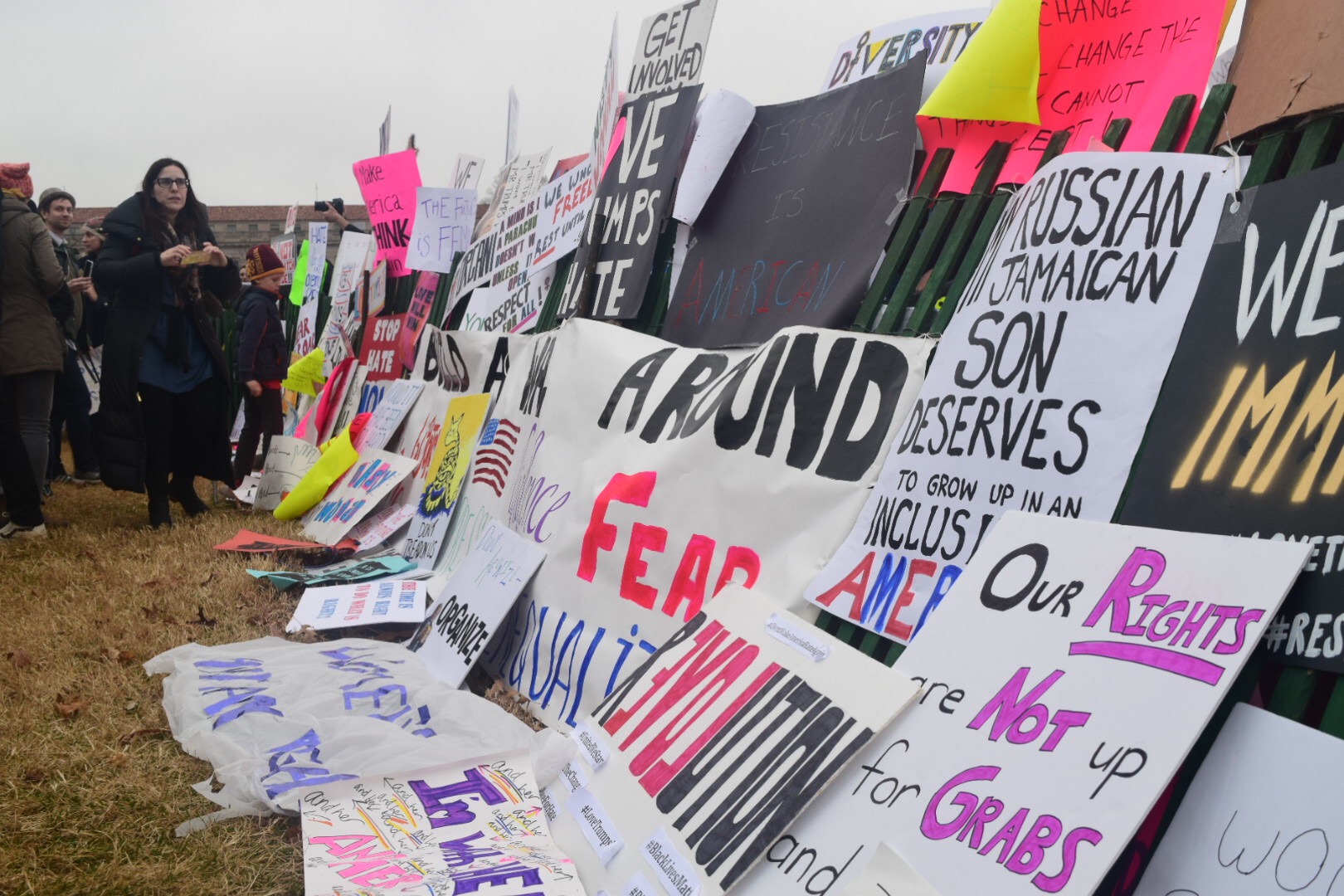 This past weekend, I was lucky enough to go to our nation’s capital and join in what was one of the largest gatherings of protesters in our country’s history (despite what Sean Spicer’s alternative facts may say): the Women’s March on Washington.
Some students at the College of William and Mary told me about buses going from the College to Washington D.C., and though there were fewer students than I had anticipated on my bus, I was glad to see that fellow members of the Tribe were coming together to bring as many people as they could to this momentous event. Having heard about some of the arrests made on Inauguration Day, I was initially anxious to see how the day would play out. My bus captain’s briefings on what to do if confronted by the police and how to deal with violent hecklers did not exactly assuage my fears. However, it became evident early in the day that the Women’s March would not be an event remembered for violence and hatred, but for love and community.
One woman I met on the bus had even gone so far as to give me and my friend some of the extra pink “pussy hats” she had knit, a clear symbol of the instant connection and sisterhood felt between the people participating. Stepping off of the bus in D.C., I was met with a sea of people accessorized like me with fuchsia hats that popped against the white sky. Though my day began around four in the morning, I maintained high energy and positive spirits throughout the event. I could never fixate too much on my physical exhaustion because I was surrounded by some of the most enthusiastic, thoughtful and friendly people I had ever met. I felt like I could strike up a conversation with anyone.

The Women’s March was in no way limited to women, as the name might suggest. I saw proud fathers, husbands and sons marching in support of the women in their lives. While female empowerment was the general theme of the day, I was glad to see that people did not fixate on only gender inequality, but on all issues of discrimination and social justice.

Drawn to her William and Mary hat, my friend and I talked for a while with a woman who was an alumna of the College. Though police officers and members of the National Guard sprinkled throughout the city suggested the March might take a more violent turn, these individuals were friendly in demeanor; officers took the time to wish us all good morning, and the National Guard rushed to wave at us and take pictures. I met people of all races, orientations and creeds who had come from across the country and around the globe. The Women’s March was in no way limited to women, as the name might suggest. I saw proud fathers, husbands and sons marching in support of the women in their lives. While female empowerment was the general theme of the day, I was glad to see that people did not fixate on only gender inequality, but on all issues of discrimination and social justice. People gathered on behalf of Black Lives Matter, as well as the protestors at Standing Rock in their continuous struggle against the Dakota Access Pipeline. There was so much truth in the posters I saw; I am convinced now that love actually does trump hate. We were proof of that.

I was finally assured that respect and compassion are alive and well in this country, regardless of our president.

The sheer size of the crowds prevented me from seeing or hearing the speakers and my friend and I did not end up marching on the planned route, but that does not mean the day was a waste. The memories I made will stay with me forever. I was able to march with my mom, who had driven all the way from Massachusetts to be there. I posed with a man dressed as Ruth Bader Ginsburg, holding my poster of the Supreme Court Justice proudly as people swarmed us with cameras. I was just feet away from Senator John Kerry as he walked outside the Capitol with his dog. Most importantly, I was finally assured that respect and compassion are alive and well in this country, regardless of our president.
When I came back to the College, all of my friends who were unable to come to the March had nothing but supportive things to say to me. Though the March was confined to one day, the event sparked a continuously growing sense love and support that is evident not only in Washington D.C., but at my home here on campus as well.