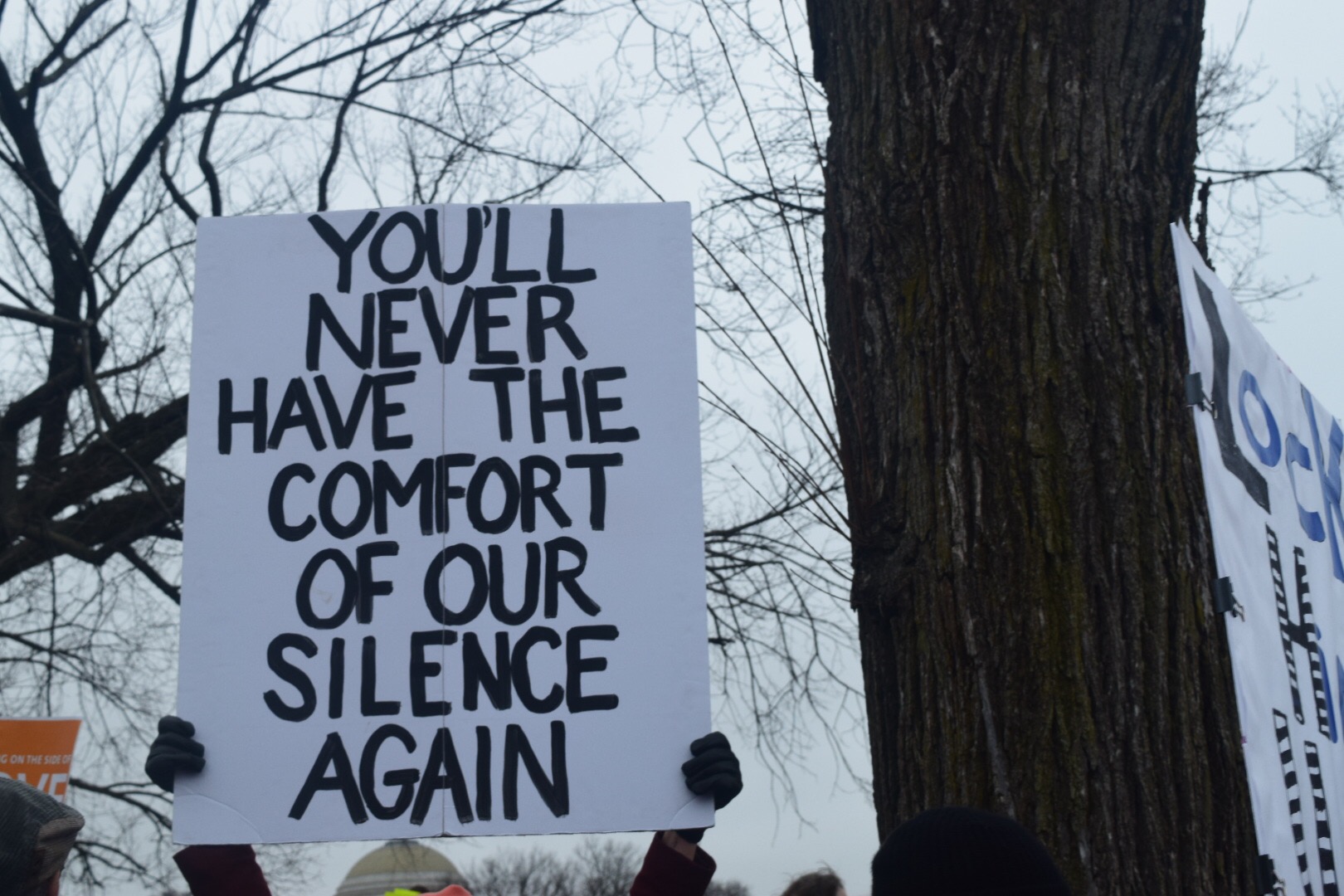 This past weekend marked the inauguration of our 45th president and a series of historic protests against the incoming administration. From Williamsburg alone, entire buses of demonstrators headed to Washington, D.C. to participate in the Women’s March. Students offered up their cars and their NOVA homes to those who needed a place to stay in the D.C. area, making it possible for scores of other students to attend the protests.

In the days following the Women’s March on Washington and the sister marches that took place across our country and, indeed, on every continent, I hope we come to a place where we can recognize the beauty of these events, while also looking critically at what the marches stood for and asked for — and what we are asking from ourselves and each other.

It’s no secret that the Women’s March was riddled with criticism (deserved!) from the start — the original organizer was a white woman who initially called the event the “Million Women March”, clearly appropriating earlier marches led by black women. The organization eventually shifted to include more women of color, as did most of the speaking line-up for the event, and, to their credit, ultimately devised a relatively comprehensive, progressive platform for the march.

How do we understand and talk about the breathtaking privilege it takes to fly across the country to participate in a day-long march? How do we look at this march as representative of anything other than the continued centering of white/privileged women in feminism?

Looking around on the day-of, I was struck by the demographics of the marchers, who seemed to be disproportionately older white women. This isn’t necessarily problematic — the marches seemed to provide an opportunity for many folks who had little experience with political activism to engage and to express their outrage at our current government, and I’m all for folks feeling empowered to participate. Therein lies the beauty of the march — hundreds of thousands of women around the world showing up, putting their bodies on the ground and demanding recognition from a bigoted and dangerous administration. But there’s discomfort there too — how do we grapple with the fact that 53 percent of white women voted for Trump, that we white women have failed time and time again to show up for movements that aren’t centered on us? How do we understand and talk about the breathtaking privilege it takes to fly across the country to participate in a day-long march? How do we look at this march as representative of anything other than the continued centering of white/privileged women in feminism?

Media coverage of the Women’s March was largely positive and kumbaya, whereas coverage of the protests and blockades around the inauguration itself (those led largely by local organizations) was decidedly more negative. The white-dominated Women’s March was seen as a safe, non-violent unifying movement of people, endorsed by authorities and the police, whereas previous experience has shown that similar marches led by women of color are often seen as the opposite of that and policed accordingly. Large marches like this, safe and unifying, serve their purpose: they draw a broader crowd and send a powerful message with their massive numbers. But mass appeal necessarily means dilution of the message, as was the case with the Women’s March.

The real test of the march’s success will be in the follow-through. What will the women* of this country do to continue to show up and demand social justice?

I want to strike a balance between critiquing the very real issues with the Women’s March and its messages and recognizing how important and empowering the March felt for so many people — including those who, for so many reasons, could not march. Significantly, the Women’s March represented one of the largest ever demonstrations of disabled folks, and disability organizers even created a virtual march to enable those who couldn’t attend in person to participate. And certainly our new President felt the flames of so many people showing up the day after his inauguration to demonstrate against his fledgling administration (his tweets tell us all we need to know). At the same time, the march’s p-ssy-centric messaging unnecessarily equated genitalia with gender to the effect of alienating trans and non-binary folk.

The real test of the march’s success will be in the follow-through. What will the women* of this country do to continue to show up and demand social justice? What will we do to organize (and to support organizers that have been doing this work) in our own community, at the College and in greater Williamsburg? White women will turn up for abortion, of this we can be sure. And abortion is important; reproductive healthcare is a fundamental pillar of feminism without which we will never achieve equality. But will we continue to show up for racial justice? For queer and trans justice? For disabled folk? For undocumented immigrants? For Muslims? For all who remain marginalized, for those who will surely suffer the most under this administration? Our path forward is clear: we need radical change, we need radical resistance, and we need for this Women’s March to stand for all women*, not just white women, or we will never achieve a more equitable and inclusive society.

*And trans/non-binary folk. And men. And everyone.