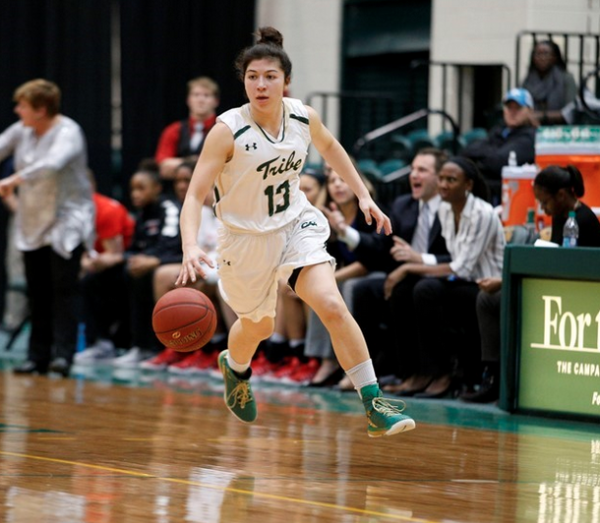 After a 13-2 start to the season, including a program-record 11-win streak, William and Mary dropped two close conference games over the weekend to fall to 13-4 and 3-3 in Colonial Athletic Association play. Friday, the Tribe fell 64-60 on the road to Towson. The team returned home Sunday and lost 60-58 to Elon on a pair of free throws with less than two seconds left.

The Tribe started quickly Friday, grabbing a 6-0 lead and forcing Towson to burn a timeout. Following the break, Towson made some changes that the College failed to counter. A 14-2 run by the Tigers quickly boosted them to an eight-point advantage, which they held nearly constant for the remainder of the quarter. After one, Towson led 18-12.

Towson remained aggressive to start the second quarter, taking a 28-16 lead with just under four minutes until halftime. The Tribe turned up their defensive intensity, forcing two turnovers that sparked a 12-2 run to close the half. During the run, senior guard Marlena Tremba and sophomore guard Bianca Boggs each had 5 points. At the half, the Tribe trailed 30-28.

Throughout the third quarter, the teams traded short four- and six-point runs, leading to a deadlocked 46-46 score.

Towson reasserted themselves as they did early in the game, jumping on the Tribe for a 13-3 run to take a 59-49 lead with 4 minutes, 42 seconds remaining. This lead proved insurmountable, despite the Tribe forcing five steals and going on an 11-5 run to close the game. In the run, freshman forward Victoria Reynolds had three steals.

Despite the 64-60 loss, the Tribe defense was a bright spot, as it forced 24 turnovers and finished with 18 steals. Offensively, junior guard Jenna Green had 15 points to go along with eight assists. Tremba finished with 15 and junior center Abby Rendle stuffed the stat sheet with 11 points, eight rebounds, and four blocks.

Sunday, the game against Elon opened with the teams trading buckets in route to a 7-7 tie. Then, Boggs broke the game open nearly single-handedly, as she scored five straight as part of a 7-0 Tribe run. After one, the score was 19-13 in favor of the College.

The conference-leading Phoenix opened the second quarter with a flourish, outscoring the Tribe 22-10 in the period to take a 35-29 lead at the half.

After allowing Elon to shoot 53 percent from the field in the first half, the Tribe defense locked down in the third quarter to hold Elon to just 10 points. However, the Tribe offense could also manage only 10 points during the period, as the deficit remained six.

With 3:35 remaining in the game, the Tribe trailed 56-50 and appeared to be in dire straits. After Reynolds split a pair of free throws, Rendle completed a traditional three-point play to cut the deficit to two with just under two minutes remaining. After the teams traded baskets, the Tribe took a timeout with 0:35 remaining to draw up a play. Head coach Ed Swanson elected to go to senior forward Alex Masaquel, who delivered the tying basket with 0:26 remaining. On the final possession of the game, the Tribe defense forced a missed shot, but failed to control the defensive glass, resulting in Phoenix guard Lauren Brown knocking down two free throws under pressure to secure a 60-58 win for Elon.

For the game, the College had four players in double figures, led by Rendle with 13. Tremba, Boggs and Reynolds each had 10 for the Tribe.

The College looks to move past 0.500 in conference play against Delaware 7 p.m. at home Friday. The College hosts powerhouse James Madison in the first annual Golden Game Sunday at 2 p.m.