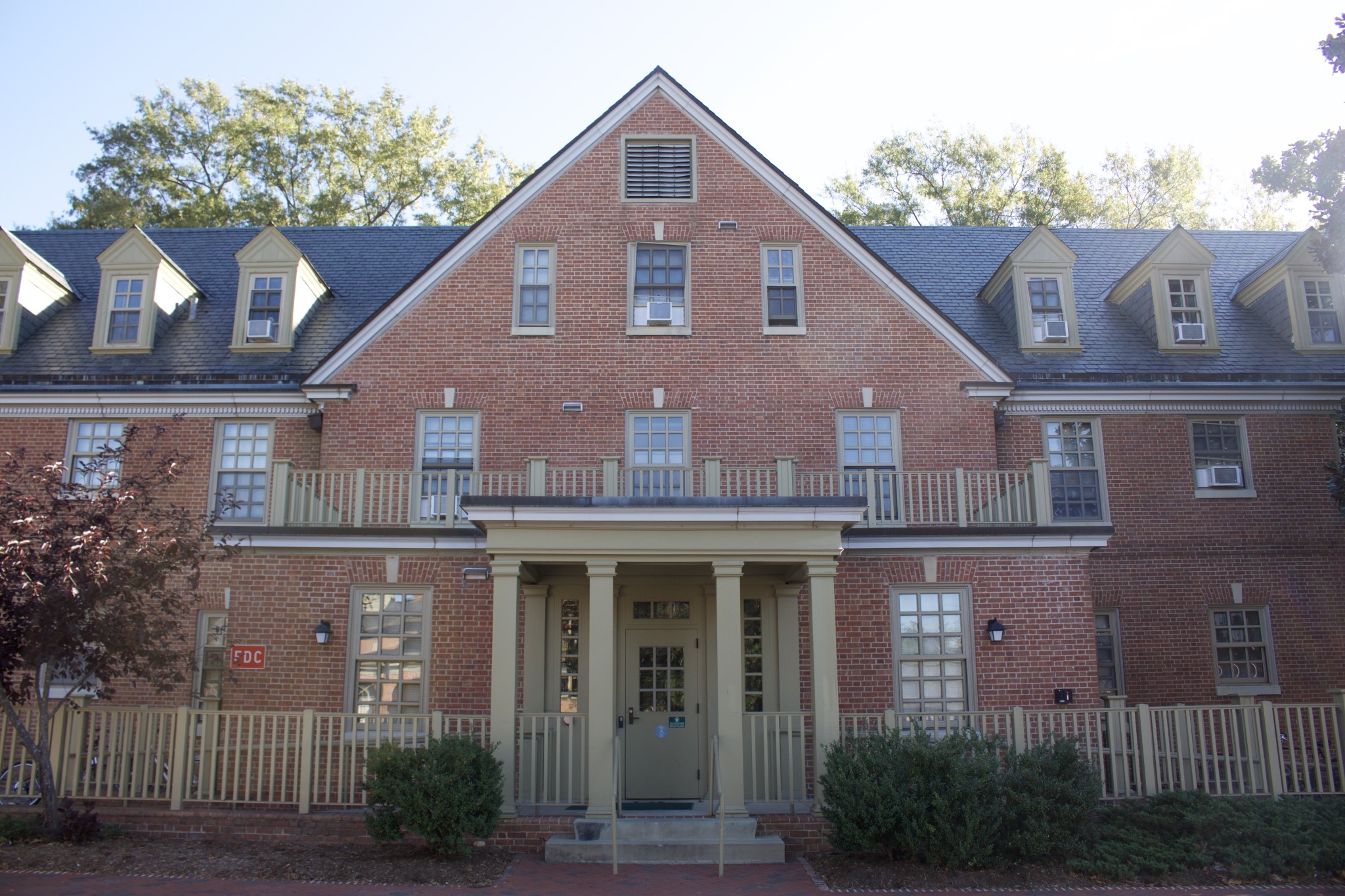 Formerly home to medical patients and, possibly, ghosts, Hunt Hall now houses 62 freshman students. Hunt was constructed in 1930 as a college infirmary with separate wards for men and women. It also had rooms for for nurses, a reading room and diet kitchens. In 1934 it was designated as David King Infirmary. The second and third floors were turned into dorms in 1965, and the transition to a full residence hall was completed in 1973, when it was renamed James Madison Hall. The following year, it was renamed once again after Althea Hunt, a professor in the English and Fine Arts department and the College Theater Director. Ever since, it has been referred to as Hunt Hall.

Current Hunt Resident Assistant Indira Stevens ’19 appreciates this rich history. Stevens lived in Hunt last year as a freshman and returned as an RA this year. She said she enjoys being so close to the history of campus and that it adds to her day-to-day experience.

“I think [living in a hall with so much history is] really fun. Over Homecoming Weekend, I was walking back to Hunt and I was behind a group of older alumni and one of them was like, ‘Oh and this is where they quarantined me when I had such and such disease,’ and I had to stop myself from laughing because it was so funny,” Stevens said. “It was probably the best thing I heard all day. It’s really fun to hear things like that from alumni, like how things have changed so much from hospital to freshman hall which I think is really a unique thing to have in a dorm.”

This long history has fueled rumors that the freshman dorm is haunted. Julie Ortega ’17, an RA in Hunt, said she has heard residents talking about possible hauntings.

“Some of my residents have complained about lamps that keep falling off their desks and things like that,” Ortega said. “You always hear that Hunt is haunted.”

Jack Marczyk ’19, another Hunt RA, has also had suspicions about ghosts in Hunt.

“There are some times, during fall break especially, when it’s really quiet and there aren’t many people around and it’s a little weird,” Marczyk said. “I feel like I’ve heard some things late at night. But I haven’t seen any ghosts.”

“It’s really easy to walk [to Colonial Williamsburg]. I go on runs there pretty much every evening and that’s probably my favorite thing about the location of Hunt, that it’s so closely located to such a great part of Williamsburg,” Stevens said.

Marczyk said he enjoys the easy access to Marketplace and Colonial Williamsburg, but that Hunt is somewhat far away from the rest of campus.

Stevens has also heard complaints about Hunt’s location in relation to the rest of campus.

“I think that it’s kind of out of the way of the rest of campus. It’s not really too close to new campus or a lot of the rest of the dorms so people feel kind of isolated,” Stevens said.

All three RA’s say that the residents of Hunt Hall are unusually close, and this is one of the best things about living there. Stevens said that everyone always hangs out in the lounges. Ortega said that Hunt isn’t really like three halls; it’s more like one because everyone is so close.

“It’s a super close-knit community, everyone is close. You can’t go downstairs at two or three in the morning without a ton of people being there. You’re kind of isolated on campus, so naturally you become closer with your hall,” Marczyk said.