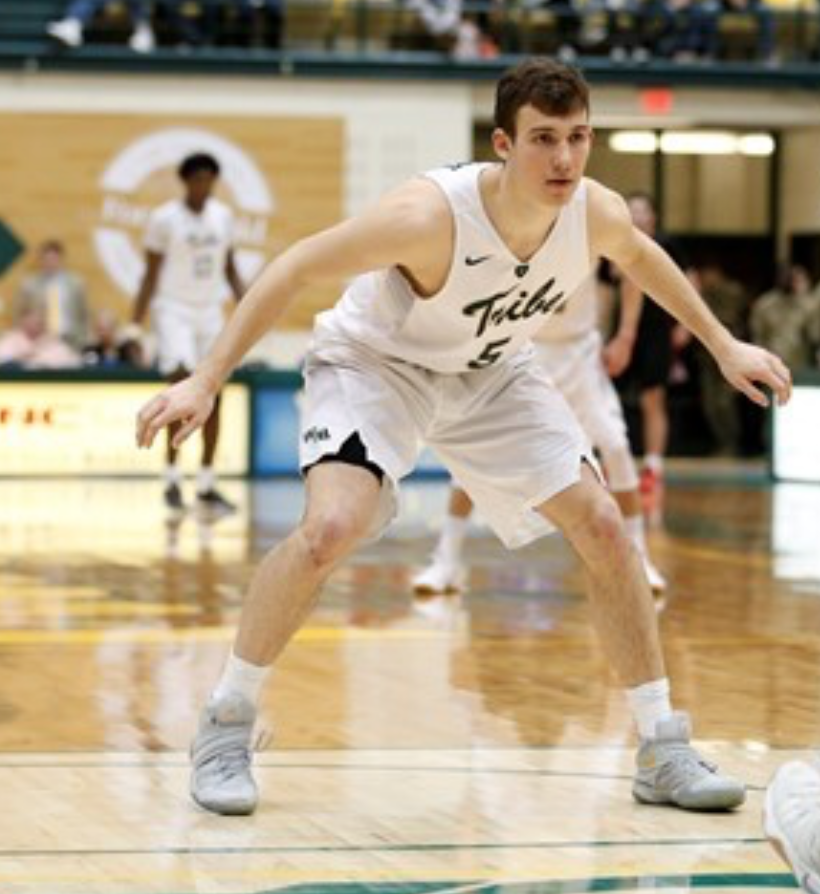 With 10 seconds remaining and William and Mary leading by one, Towson guard Mike Morsell caught the ball on the right wing. He pump faked, dribbled once to his left and let fly what turned out to be the three-pointer to end the Tribe’s four-game winning streak.

The College (13-10, 7-5 CAA) suffered the 82-80 loss at Towson (15-10, 7-5 CAA) without the services of senior forward Omar Prewitt, who reportedly twisted his ankle in the Tribe’s win Thursday against Northeastern. Prewitt was averaging 14.6 points per game. Besides Prewitt, other players, including junior guard Greg Malinowski and junior center Jack Whitman, were under the weather.

“I’m really proud of this team,” head coach Tony Shaver said to Tribe Athletics. “I mean, without Omar [Prewitt] today, and I really admire Greg [Malinowski] who didn’t make the trip with us yesterday, but to come up here today and give everything he had. Jack’s been sick all morning and didn’t really have the same spring as normal, but to play as hard as he did, those are all good signs for us.”

A slow start for both teams, the score was 4-4 at the first media timeout over four minutes into the game. However, the Tribe took the advantage, slowly building their lead. Over the back-and-forth half, the Tribe led by as many as 11, until an 8-0 run to end the period pushed the Tribe lead to 46-33.

Senior guard Daniel Dixon led the Tribe in the first half with 11, while freshman guard Justin Pierce added nine. Malinowski hit both of his three-point attempts along with three assists in the stanza.

“We played together,” Shaver said about the first half to Tribe Athletics. “We ran our offense, we went phase to phase, and we really got great shots.”

The start of the second half continued to see the Tribe hold a substantial lead. With 16 minutes 46 seconds left in the game, Dixon hit a layup and got fouled, completing the three-point play to put the Tribe up 17, their largest lead of the game.

Almost three minutes later, the Tigers began to cut into the Tribe edge. An 11-0 run cut the game to 61-56 and shifted the momentum back to Towson with ten minutes to go.

We ran our offense, we went phase to phase, and we really got great shots.”

The Tribe held the significantly smaller lead until there were three minutes and six seconds left. With the game tied at 75, Towson forward William Adala Moto took the pass from guard Zane Martin and finished the layup in transition to give the Tigers their first lead since they were up 4-2.

“We got away from what we had been doing very well and kind of started playing one-on-one basketball,” said Shaver to Tribe Athletics. “Guys in the Tribe uniform are not going to win if we play one-on-one.”

Even as the flow of the game had shifted almost completely to Towson, the Tribe still had a chance to salvage the win. Junior guard David Cohn hit a pull-up jumper with 1:28 to go to take a 78-77 lead, and with 46 seconds to go, Dixon extended that lead to three with a driving layup.

The Tigers responded with two free throws to pull within one. Immediately after, with 21 seconds to go, sophomore forward Paul Rowley turned the ball over. On the ensuing possession, Morsell hit the shot to give the Tigers their 82-80 lead. The Tribe had a last ditch effort, but Dixon’s off-balance three-pointer was off the mark, and Towson escaped with the victory.

“We put ourselves in position to win a great [Colonial Athletic Association] game on the road, but just couldn’t quite pull it off,” Shaver said to Tribe Athletics. “We had a three point lead with 30 seconds to play, had two defensive rebounds in our hands but just couldn’t hang on to them. That really was the game.”

The Tribe, in a three-way tie for third in the CAA, now heads to Philadelphia to face Drexel in another conference matchup. Saturday, they return for the Charter Day Gold Rush game against Charleston at 2 p.m.