Home Sports Games Baseball: Tribe strikes out against No. 2 Florida in season opener 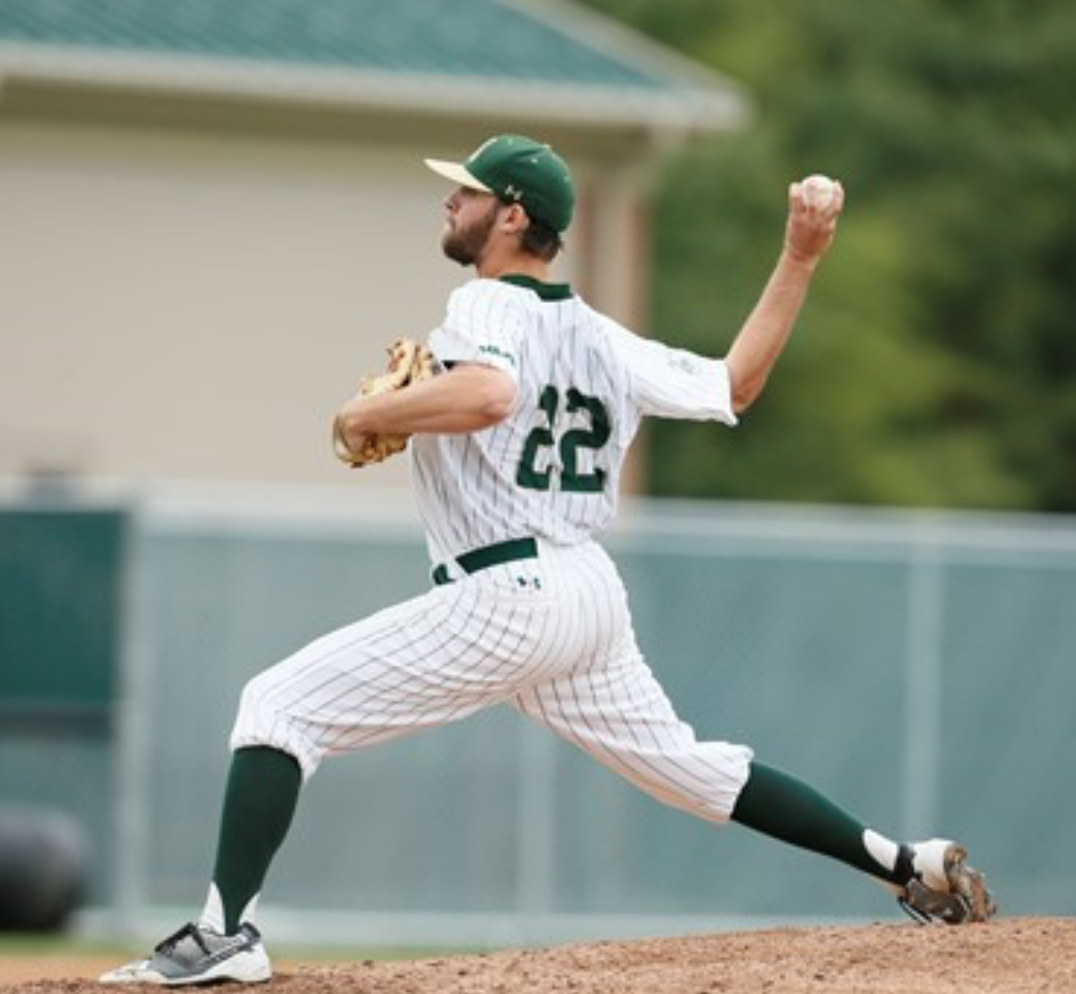 Friday, William and Mary opened its 2017 campaign one year after a successful season in which they captured the Colonial Athletic Association crown and advanced to the College World Series, eliminating Virginia. The first order of business was a weekend series against No. 2 Florida in Gainesville. The Tribe (0-3), overmatched, were swept in the three-game set by the Gators (3-0), getting edged in the first game but giving up 19 runs in the next two games combined.

In the first game of the series, the College started senior right-handed pitcher Nick Brown, while the Gators sent out right-handed pitcher Alex Faedo. After a quick and uneventful first inning, the Tribe struck first in the top of the second. Freshman left fielder Brandon Raquet came to the plate for the first time in his college career. He walked off with two down and blasted a home run over the left field fence. Freshman first baseman Michael Goldak struck out to end the inning, but the Tribe led 1-0.

Coming out in the bottom of the second, Brown got the shutdown inning he was looking for. He hit the first batter he faced, but erased the miscue with a double play before getting a flyout to center field to end the inning.

After a one-two-three top of the third, Florida loaded the bases in the bottom, attempting to break open the game. A strikeout and two fielder’s choices later, Brown had limited the damage to only one run.

In the top of the fourth, the College took the lead back on another Brandon Raquet RBI. His single to left plated junior second baseman Cullen Large. Senior center fielder Charles Ameer was thrown out on the base paths to end the inning, but not before the Tribe led 2-1.

Brown yet again kept the Gators in check in the fourth, walking the first batter, then sitting down the next three in order. In the top of the fifth, the College took advantage. After a Goldak strikeout, sophomore third baseman Zach Pearson singled. Following another strikeout, junior right fielder Ryan Hall walked, setting up second and third with two out. The Gators went to their bullpen, calling on left-handed pitcher Nick Horvath. Facing off against Large, Horvath gave up a triple. Hall and Pearson scored, upping the Tribe lead to three. A groundout by sophomore catcher Hunter Smith would thwart the College’s rally right where it stood.

In the bottom of the fifth, Brown again attempted to get the Tribe back to bat quickly. After two singles and a groundout, the Gators had runners at second and third with only one away. Brown got a popup for the second out but gave up a single to the next batter, scoring two. A flyout ended the inning with the College leading 4-3.

Despite the lead, the Tribe could not get anything started in the sixth, and redshirt sophomore left-handed pitcher Nick Raquet took the field. He held the Gators without a run in the bottom half of the inning.

After another Gators pitching change, the Tribe yet again went down one-two-three. In the home half of the inning, the Gators quickly went to work. After a walk and an error, Florida had runners on second and third with no outs, spelling trouble for the Tribe. A groundout to the pitcher moved both runners, tying the game at four. A few pitches later, Nick Raquet threw a wild pitch, allowing the go-ahead run to score. He struck out the next two, but the damage was done.

Fight as they may, the College could not get anything started at the plate over the last two innings. The Gators closed out a 5-4 victory on the opening day of the season.

Saturday, the Tribe had a chance to even the score. Sophomore left-handed pitcher Bodie Sheehan started his first game of the year for the College, while the Gators started right-hand pitcher Brady Singer. The game started almost identically as the first game of the set, with the Tribe taking a 1-0 lead in the top of the second. Senior designated hitter Ryder Miconi singled and was advanced to second on a hit batsman. A fielder’s choice put Miconi on third before senior first baseman Matthew Tilley grounded out to second, scoring him.

Following that point, the game became all Gators. Sheehan gave up a two-run single in the bottom of the second, surrendering the lead for the remainder of the game. He would go on to give up five earned runs in four and a third innings before being pulled. Meanwhile, Singer would not give up another earned run on the day, striking out six in five innings.

The Tribe mustered six hits against the Florida pitching staff, leaving 10 men on base. Miconi was the only player with multiple hits on Saturday, going two for four. Nevertheless, none of that offense was nearly enough, as the Tribe fell 8-1.

On Sunday, Florida went for the three-game sweep as the College tried to salvage a game from the set. Unlike the first two matchups, the Gators went on top early, building a massive 9-0 lead by the end of the fourth inning. Senior right-handed pitcher Daniel Powers gave up seven runs, six earned, in just two innings starting for the Tribe. Senior right-handed pitcher Aaron Fernandez gave up two more in two innings of relief.

The College pushed back with a Large RBI double, a wild pitch and a passed ball scored three in the top of the sixth. Two in the bottom of the seventh for the Gators, though, would push the lead to 11-3 and all but put the game away.

In the top of the eighth, the Tribe added an RBI single from Miconi and an Ameer double, scoring two. That would be as close as the College would get, as Florida pulled out an 11-6 win, taking all three games from the College.

The Tribe scored its six runs on seven hits, while leaving only six men on base. Meanwhile, the Gators plated 11, with 12 hits and five runners left on base.

The College will return to Williamsburg for its home opener on Friday, welcoming Lafayette to Plumeri Park, with the first pitch at 4 p.m.