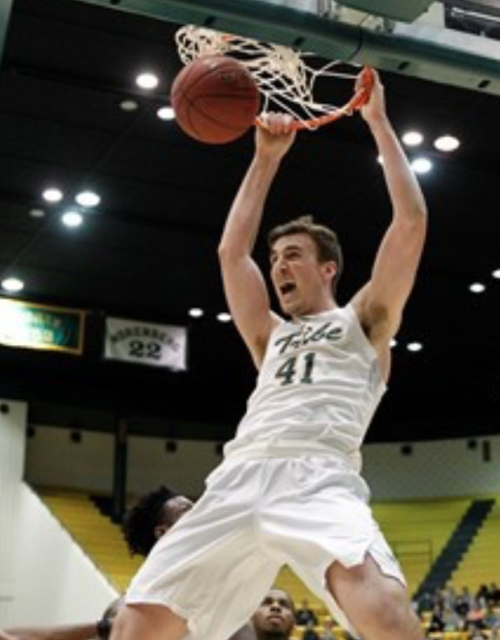 According to ESPN college basketball reporter Jeff Goodman, Tribe redshirt-junior center Jack Whitman has informed ESPN that he will be transferring for his senior season. The 6-foot-9 big man will be eligible to play immediately. Whitman came off the bench his first two seasons but assumed a starting role for the 2016-17 campaign following the graduation of former Tribe center Sean Sheldon. Whitman played well in his third collegiate season; he posted averages of 10.1 points and 5.4 rebounds per game while providing the College with an offensive presence in the post.

Whitman’s transfer makes the already depleted Tribe frontcourt even thinner. Hunter Seacat’s sudden departure to Appalachian State left Whitman and true freshman Nathan Knight as the only centers on the roster this season. Behind 6-foot-10 Knight, it appears that 6-foot-8 sophomore forward Paul Rowley will be the second tallest player on the team next year. Rowley has proven to operate more on the wing than low in the post; he shot an excellent 48.7 percent from three-point range this past season. 6-foot-5 small forward Jihar Williams and 6-foot-2 point guard Luke Loewe are two solid freshman recruits, but neither seems to be the missing piece to the Tribe’s frontcourt puzzle. Knight demonstrated in his first year that he can dominate the paint on both ends of the floor, but another big man has to occupy a roster spot and contribute minutes next season in order to give well-earned rest to the Colonial Athletic Association All-Rookie Team selection and much-needed size to the Tribe roster.