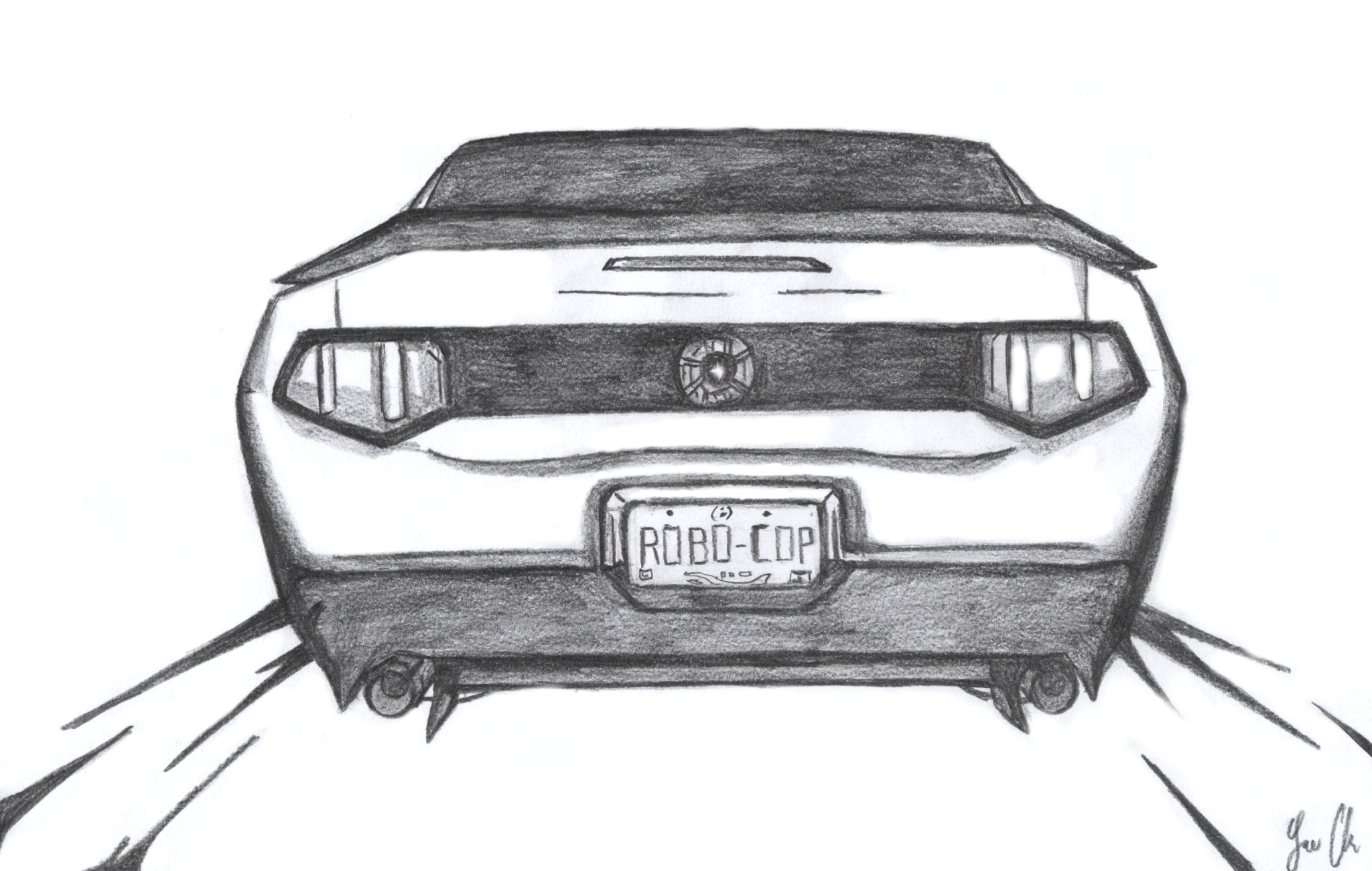 My thoughts and emotions attached to “ROBOCOP” have since continued to bug me, even days after my travels. It has me thinking about the absurdity of personalized license plate and why some people choose to pay $25 to advertise a saying on the back of their car.

The main reason that I have never been into the idea of custom plates is because of surprise parties. Think about it: if you were surprising someone at their house, but had a very noticeable phrase on your license plate, you would have to park very far away just so your cover would not be ruined. There are more actual reasons for why personalized license plates irk me; however, the surprise party situation has always been my main source of conflict.

I do somewhat understand the reasoning behind custom plates. It is with the same motivation that we carve senseless words into trees and switch to personalized mailboxes. Does it benefit humanity in any way? No. But the option is there, so some choose to go with it. License plates with a personal touch can make you stand out in a sea of junk metal — if you want that.

The conversation can even be opened to the subject of bumper stickers — of which I also have an unnecessarily strong opinion. You know the type: university logos, political stances and even the dreaded stick figure families (where children are categorized and advertised according to what sport they do). With bumper stickers, though, I grasp their purpose more in the sense that they are just another way of self-expression. But I don’t think that the same can be said about custom license plates. Especially one that says, “ROBOCOP.” You can’t call that self-expression. If I were to try to explain custom plates, I would refer to them as rash decisions instead.

Granted, I should not be too harsh on custom plates. They do make me smile with their touch of humor and humanity — adding personality and color to the mundane task of driving — and that should be enough sometimes. To be honest, I have “Bears Beets Battlestar Galactica,” inscribed on my first iPod, so who am to judge “ROBOCOP” anyway.

Ellie Moonan is a Confusion Corner columnist who will try her hardest not to rear end your customized license plate.