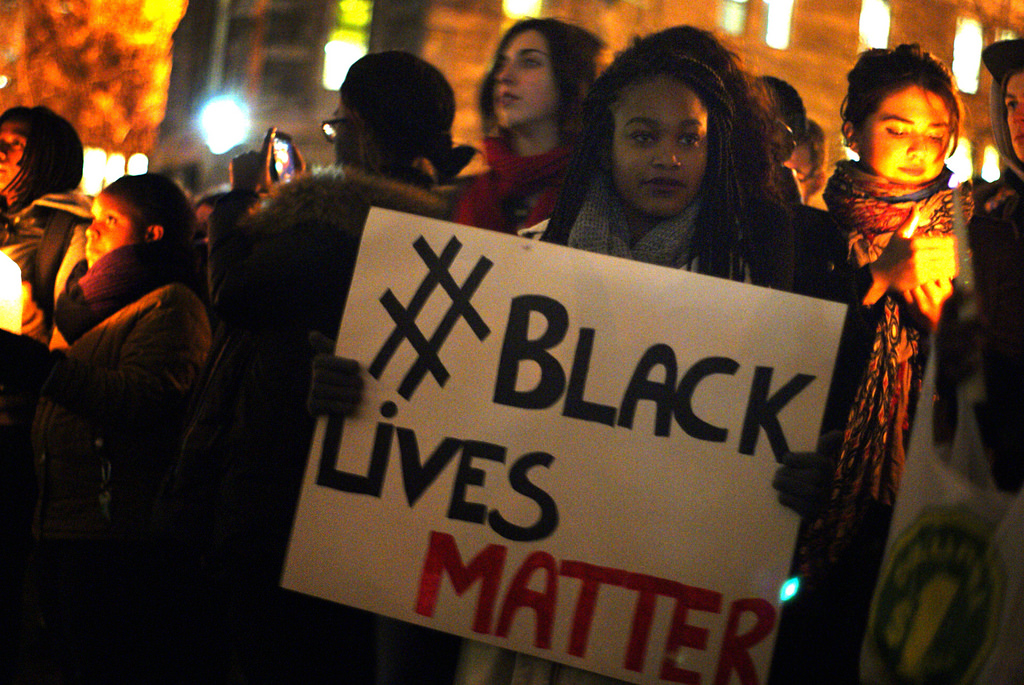 Friday night, a group of students promoting this week’s Black Lives Matter conference by writing the name and date of the event in chalk around campus were stopped by several William and Mary Police Department officers. According to a Facebook post shared by the Black Lives Matter organizers, they were told they needed a permit to chalk around campus, and without one, the act was considered vandalism. Asking for specifics about these chalking rules earned the students conflicting answers from the police officers.

On any given week, chalk messages promoting Greek Life events, local or national elections and student events can be seen at prominent campus locations, including the Sadler Center Terrace, near the Crim Dell amphitheater and the Integrated Science Center. Writing in chalk is an important method of communication around campus. Chalk messages have long been a public platform utilized by people of all backgrounds. These messages are at times political, including ones expressing support for both Hillary Clinton and Donald Trump during the 2016 election, so the Black Lives Matter promotion is not an outlier. In today’s political climate, it is important to make sure that students’ right to post messages, especially those of often marginalized groups, around campus is being respected.

The College has a chalk policy that the students promoting the conference were technically in violation of, but the police officers questioning the students were reportedly not aware of the specifics of this policy. The policy states that chalking is permitted only on flat, horizontal surfaces that are more than 30 feet away from an entrance to a building. However, this policy did not result in WMPD officers stopping and questioning students chalking for recently elected Student Assembly President Elijah Levine ’18. SA Vice President-elect Annelise Yackow ’18 said that while they were also chalking at night, they were not stopped or asked for a permit.

Chalk writing can often be found on surfaces that violate these rules, such as outside the entrance to Lodge 1, but there have been no reports of officials attempting to prohibit other students from writing these messages. Enforcement of the rules must be applied equally if at all; it cannot be used in a way that singles out specific groups over others.

The Black Lives Matter Conference that the College of William and Mary is hosting this week is a notable event. It’s the first time the organization has received funding from SA. Students should be able to advertise its existence and celebrate its importance — additionally, the political context and tensions that coincide with the conference should be acknowledged. Friday night’s events detract from the accomplishments of a group of student organizers who have planned a week of activities to “educate, agitate and organize.”

If the College does plan on enforcing this chalking policy through WMPD officers, students should be made aware of these rules and their consequences. William and Mary Police Department Chief Deb Cheesebro’s statement acknowledging the mistakes made in the encounter, as well as her personal meeting with the students involved, are appreciated. Going forward, similar incidents must be avoided. Applying the regulations to only this group of students is a worrying infringement on students’ ability to speak freely around campus — an infringement which The Flat Hat strongly objects to.

The staff editorial represents the opinion of The Flat Hat. The editorial board consists of Emily Chaumont, Leonor Grave, Isabel Larroca, Noah Peterson and Julia Stumbaugh. The Flat Hat welcomes submissions to the Opinions section. Letters, columns, graphics and cartoons reflect the view of the author only.