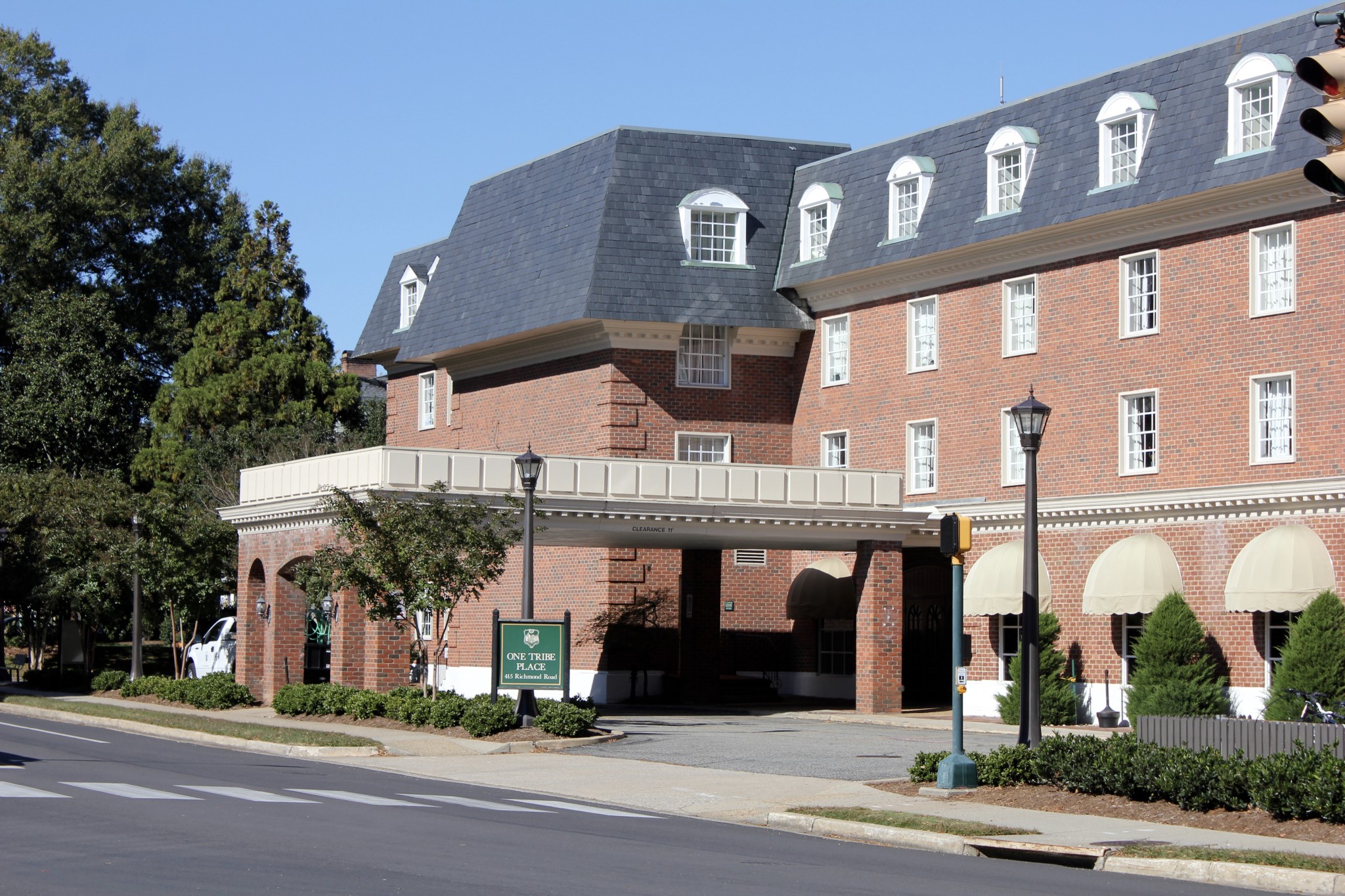 Those who grew up in Williamsburg might remember One Tribe Place as a hotel rather than a dorm. The Williamsburg Hospitality House opened in 1972, but it was purchased by the College of William and Mary in 2013 to be converted into extra living spaces for students. The former hotel is one of the most sought-after spots for students living on campus.

“The biggest thing it allowed us to offer students was a lot more single rooms, with the added benefit of every room having its own bathroom,” DuPont Hall and One Tribe Place Area Director Rich Schofield said. “And our students have done a good job of keeping them nice.”

The benefit of larger, more luxurious personal spaces resulted in part from the speed with which the College had to get the Hospitality House up to building code after the purchase.

“A hotel is a transient facility, and a dorm is more of a permanent residence, so the code treats them differently,” Director of Facilities Management Wayne Boy said. “We changed a lot.”

Increased fire safety and all new electrical wiring were necessary before students could move in, which proved a difficult task given the short amount of time allotted for the renovations.

“We weren’t informed about [the purchase] until just before the deal was signed,” Boy said.

With the College not taking control of the facilities until June 1, 2013, that left a short summer to get One Tribe Place up to code. Facilities Management took advantage of the building’s previous function whenever possible.

“We got everything. It wasn’t just the building,” Schofield said. “We got the furniture, the fixtures, everything.”

Despite the exciting opportunities that these resources offered the College, not everyone in the Williamsburg community was thrilled by the purchase. Former Mayor Clyde Haulman expressed a number of concerns at the time of the acquisition, including the significant increase in foot traffic along and across Richmond Road, an approximate $110,000 loss in city property tax revenue. On campus however, the addition was greeted with excitement.

“You couldn’t beat where it was located, the number of rooms it had and their capacity,” Office of Finance & Administration Vice Presidential Assistant Martha Terrell said.

While the Hospitality House’s facilities were a motivating factor in its purchase, its proximity was also appealing.

“We know that the Sadler Center is really the center of campus from a social perspective,” Boy said. “I think it works well. I really do.”

Despite all of the advantages offered by the acquisition, much of One Tribe Place’s potential stands untapped.

“It’s a hard building to get your arms around,” Boy said. “There’s a whole series of rooms [on the lower levels] that you could turn into meeting rooms.”

Other facilities within One Tribe Place stand unused as well. Only part of the extensive garage space is in service, the hotel’s former dining area remains dormant and the ballroom on the second floor sits empty as well. These spaces fall short of the new code requirements and will therefore stay inactive until renovations are continued.

Readapting existing facilities can be even more difficult and cumbersome for the College than building new ones from the ground up. The process of updating One Tribe Place to the new code has been a slow one, and with the College’s prioritization process for renovation, it is likely the unused spaces in the building will remain inactive for some time. However, the building still holds the potential enshrined in its former glory that Terrell so clearly recalls.

“It’s been there for a long time, and my family spent Christmases at the Hospitality House,” Terrell said. “In fact, my wedding reception was there.”

While the large personal spaces and private bathrooms have already made One Tribe Place incredibly popular among students, its potential seems to be still untapped.

The coming years will tell how the building can continue to develop as one of the College’s most desirable dorms.