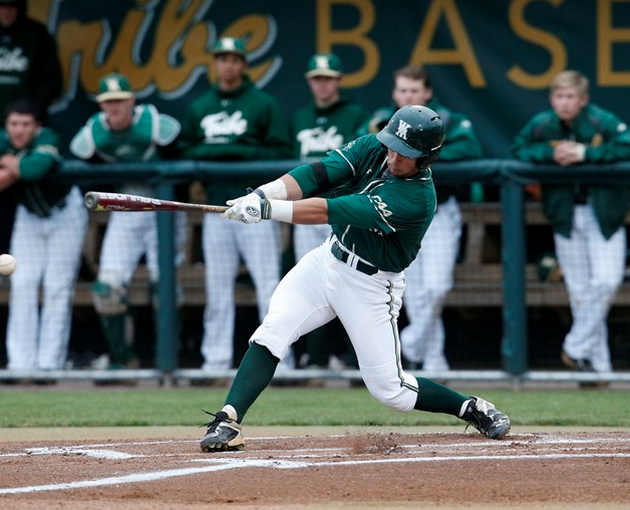 William and Mary had two mid-week games Tuesday and Wednesday in Norfolk against Old Dominion and Norfolk State, respectively. The College’s struggles on the road continued, with its record dropping to 3-12 on the year with losses in both games. The Tribe fell to Old Dominion for the second time in as many games this year, 6-3, and lost 9-3 to the Spartans the following night after beating them at Plumeri Park earlier this year.

Tuesday, the Tribe (18-16) took the field against the Monarchs (25-9), seeking revenge for an 11-6 defeat at home a few weeks earlier. Senior pitcher Chase Bailey started on the mound for the College, while the Monarchs sent out southpaw John Wilson for the start. The Tribe got off to a slow start, failing to score in each of the first four innings and falling behind early by way of a leadoff solo home run by third baseman Nick Walker in the bottom of the first inning.

Old Dominion maintained their 1-0 advantage until the top of the fifth inning when the Tribe managed to get on the board and take its first lead of the game. Senior center fielder Charles Ameer led off the inning with a single into left field. The next batter, senior designated hitter Ryder Miconi, roped a double into right center field, allowing Ameer to cross the plate for the game-tying run. Miconi was credited with the RBI on the play. After two consecutive outs, sophomore third baseman Zach Pearson stepped up to the plate for the College. Pearson came through with an RBI single through the right side that plated Miconi for the go-ahead run. The Tribe headed back out on defense with its first lead of the night, 2-1.

The College was unable to hold its lead for very long. The Monarchs bounced back with a four-run inning in the bottom of the fifth to take a 5-2 lead which they would not relinquish for the rest of the game. With one out and nobody on, the Tribe’s defense began to falter. Walker reached base safely on error, before advancing to second on yet another error, this time on a pick-off attempt. The defensive woes continued as sophomore shortstop Kyle Wrighte made his second error of the inning, allowing second baseman Jared Young to get to first base safely, with Walker advancing to third on the play. The next batter, shortstop Zach Rutherford, blasted a double to right center field, scoring both Walker and Young. After a walk and a hit-by-pitch, center fielder Culver Lamb came to the plate with the bases loaded. He delivered with a two-RBI double to extend the Monarchs’ lead to 5-2. The Tribe was unable to recover after that inning and ultimately fell 6-3.

Wednesday, the College returned to the diamond, looking to complete a season sweep of Norfolk State (15-14). The Tribe jumped out to a quick lead with a three-run inning in the top of the first. Sophomore right fielder Owen Socher drew a leadoff walk and advanced to third on a single up the middle by Wrighte. Socher scored on a sacrifice fly to the center fielder by junior left fielder Ryan Hall, putting the Tribe up 1-0. The next batter, Miconi, ripped a two-run home run to right field, also scoring Wrighte on the play. The College came out from the bottom of the first with a 3-0 cushion.

In the bottom of the first inning, the Spartans put up three runs of their own to even the game once again. The Tribe would not hold another lead the rest of the night. With a man on second and two outs, the Spartans’ offense came to life. Second baseman Alex Mauricio stroked a single into right field, scoring center fielder Andre Moore on the play to cut the deficit to 3-1. After a walk, an error and a stolen base, Norfolk State had men on second and third for third baseman Justin Burrell, who laced a two-RBI single into center field, tying the game at 3-3.

The Spartans grabbed the lead for the first time with a huge four-run fifth inning. With a man on third and one out, Moore reached base on a bunt single, with shortstop Johnny Mayer scoring the go-ahead run on the play for the Spartans. Later in the inning, with the bases loaded and the score still 4-3, Moore dashed home to extend the lead to 5-3 on a wild pitch. First baseman Roger Hall then hit an RBI single to push the lead to three runs. A second wild pitch cost the Tribe yet another run later in the inning, and the Spartans were able to take a 7-3 lead. They added on two more runs in the sixth inning and left with a 9-3 victory over the College.

The Tribe had a quick turnaround due to the holiday weekend, starting its weekend series one day early, on Thursday. The College travelled to Johnson City, Tenn., for a matchup against East Tennessee State, looking to bounce back from its two mid-week losses and improve its 3-12 record on the road.

The College fell to East Tennessee State in a complete sweep, falling to 18-19 in the season.