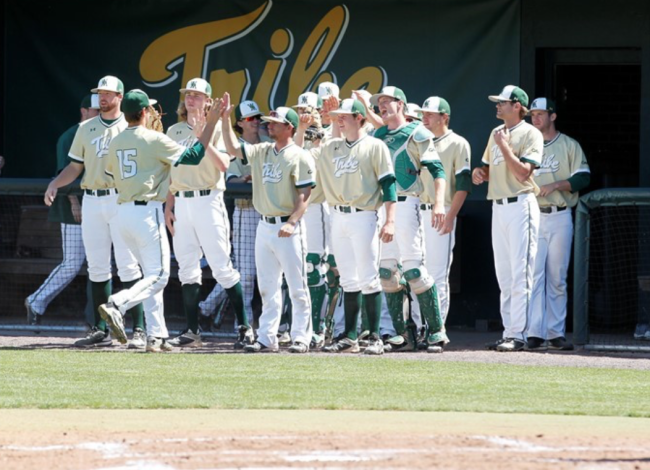 The Tribe traveled west to face off against East Tennessee State in a three-game weekend series. The College was looking to bounce back from two mid-week losses in Norfolk to Old Dominion and Norfolk State and to end its three-game skid that spanned back to the final game of the home series against Elon. However, the Tribe was swept by the Buccaneers, and its losing streak grew to a season-high six games. Struggles on the mound doomed the College, as the Buccaneers used their high-octane offense to bury the Tribe.

Thursday, the Tribe (18-19) was demolished by the Buccaneers (18-15). East Tennessee State scored early and often en route to a 15-3 victory. The Buccaneers racked up 17 hits, including three home runs. In the first inning, freshman Cullen Smith hit a two-run home run to right center field as a part of a four-run inning for the Buccaneers to give them an early 4-0 lead. After adding another run in the second inning, second baseman Blake Rowlett hit a two-run shot to push the lead to 7-0. With a 9-0 lead in the sixth, the Buccaneers added another six runs to give them their largest lead of the day, 15-0. The Tribe finally got on the board in the top of the seventh inning, but was unable to cut the deficit to single digits. Freshman second baseman Patrick Ryan hit a three-run home run to narrow the gap, but that was the only Tribe score of the day in the eventual 15-3 loss.

Friday, the College lost badly to the Buccaneers again, falling 9-3. Once more, the Tribe fell behind by a significant margin early. The Buccaneers scored in each of the first four innings to jump out to an 8-0 lead. Their instant offense would prove to be more than enough to outscore the Tribe. The Buccaneers scored one run in the first and fourth innings and three runs in both the second and third innings. Catcher Hagen Owenby was a key contributor for the Buccaneers, with three RBIs on the day. His offensive production included a solo shot as a part of the Buccaneers’ three-run third inning. The Tribe was able to claw back in the game with three runs in the top of the fifth inning. However, the College was unable to score for the remainder of the contest and lost 9-3.

Saturday, the College wrapped up its series with the Buccaneers. It was a much closer game than the previous two, but the Tribe was still unable to come away with a victory, losing 8-6. Down 3-2 in the third inning, the Tribe took the lead on a three-run bomb by senior right fielder Charles Ameer. The College still led 5-3 when junior second baseman Cullen Large stepped to the plate in the top of the seventh inning. He blasted a home run of his own to stretch the lead to 6-3. However, with the score 6-4 in the bottom of the eighth, the Buccaneers put up four runs to steal a victory from the Tribe. Left fielder Caleb Longley had the eventual game-winning two-RBI double for the Buccaneers. The Tribe could not bounce back in the ninth inning, losing 8-6.

The Tribe will play another five games this week and will look to take advantage of four home contests where they have found success all season. Tuesday, the College will conclude its six-game road trip when it takes on Richmond. Wednesday, the Tribe will return to Plumeri Park for a game against Maryland, who it narrowly lost to on the road earlier this season, before playing a three-game Colonial Athletic Association series over the weekend against James Madison at home.