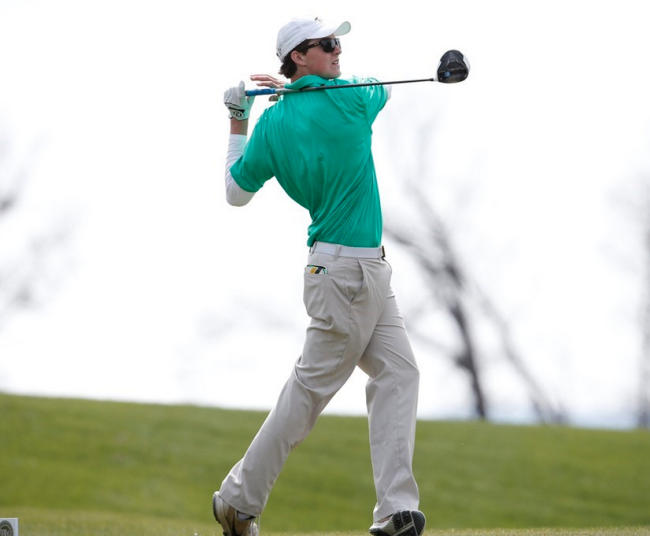 The William and Mary men finished 14th out of 18 teams in this week’s Wyoming Cowboy Classic in Chandler, Ariz. They ended the two-day, 54-hole tournament with an overall score of 890 (+26), 41 shots behind team champion UC Santa Barbara, which fired an 843 (-21) to claim the win.

After the first round  of the tournament, the Tribe was tied for 12th with two other teams at 294 (+6). Junior Sam Aronoff led the College with an even 72. Sophomore Will Stewart, junior Thomas Simmonds and senior Austin Morrison all shot 2-over 74, with sophomore David Hicks just one stroke behind at 3-over. Round two saw the Tribe fall to 16th, with a score of 304 (+16). This round, Stewart shot the team’s lowest score at 74 (+2), keeping him tied for 49th after the first 36 holes. Aronoff’s score of 76 (+4) tied him with Stewart in 49th. Simmonds and Hicks both shot 77 (+5), causing them to tie for 70th and 73rd, respectively. Morrison also finished the first two rounds in a tie for 73rd after shooting a 78 (+6).

The College’s best 18-hole score was its final round finish of 292 (+4) on the last day of play. This round saw both Aronoff and Morrison shooting even par, with Stewart, Simmonds and Hicks all scoring 2-over 74s. With two even par rounds, Aronoff had the team’s best overall individual finish at 220 (+4), tying for 34th. The top overall finisher was UC Santa Barbara’s Zach Smith, who led the field at 206 (-10).

Following the Wyoming Cowboy Classic, the Tribe has a ten-day break before the 34th Colonial Athletic Association Men’s Golf Championships commences April 21. This year’s championships will be held at the Salisbury Country Club in Richmond, Va. The College only has one CAA Men’s Golf Championship win, which came in 1985. Since then they have had a number of close finishes, including 6th last year and tying for 2nd the year before.