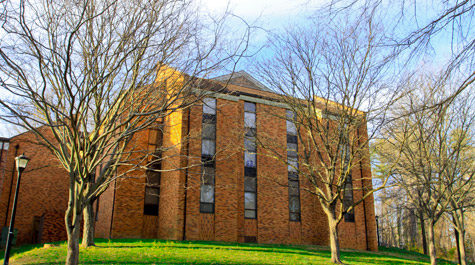 Gender neutral housing, like a great majority of positive changes, comes with a downside.

As someone who has benefited from gender neutral housing this year, I recognize the difficulty in attempting to critique it. However, as I move into my new on-campus apartment this summer, with my friends of more than one gender, I’m wrestling with a few questions. Who is gender neutral housing for? Should it be only for certain groups? Who is affected negatively by this change? If it is hurting other students and helping some, how can we fix it?

Two years ago, the College of William and Mary introduced gender neutral housing to the delight of many students, while only around 35 students chose this option the first year it was available. Its popularity in the most recent housing selection revealed serious flaws in a brand new system. While, of course, there are flaws in the regular housing lottery, gender neutral housing ­— with all its benefits — introduced some new issues into the mix.

Gender neutral housing on campus is incredibly important for transgender and gender neutral students, who may not feel comfortable being forced by formalities into living with people of the same sex. Alternative housing options should be there for people who need it the most.

While, of course, there are flaws in the regular housing lottery, gender neutral housing — with all its benefits — introduced some new issues into the mix.

On the flip side, anyone can use it, and anyone should. In college, we should be able to live with the people we connect best with. Gender neutral housing should work for the groups who need and want another option.

Apartments, which are a great living situation for many students, are few, but they remain the most used gender neutral option. Tribe Square barely lasted through the gender neutral housing round this year. The location and quality of these apartments makes them sought after even in the housing lottery, but by the time traditional housing groups were able to select them, only four remained. I personally know seniors who have missed out on living with their friends, as planned, in their last year at the College. For that we can probably blame an unsuspecting Residence Life staff who expected a gender neutral housing turn out comparable to that of last year’s low numbers.

Clearly, there is no way to please everyone. That’s just not the way housing works. With the limited housing available, everyone has to make a few sacrifices and adjust to changes that can better our campus — especially for marginalized communities. While I see the potential issues with my solutions, I wonder if transgender students should have priority in the gender neutral housing selection, or if there should be a lottery for gender neutral options, as well. Or maybe we should clarify and expand this new addition to housing by including all sorts of dorms in the mix.

I do not have a clear solution, and I do not believe that this problem is one easily solved. In the future, I hope to see more students in their most comfortable living situations, with people who respect their space and make their homes-away-from-home a better place to live. As with all improvements, we have to iron out the kinks in gender neutral housing, but I hope we can all agree that it is a positive addition to our campus community.